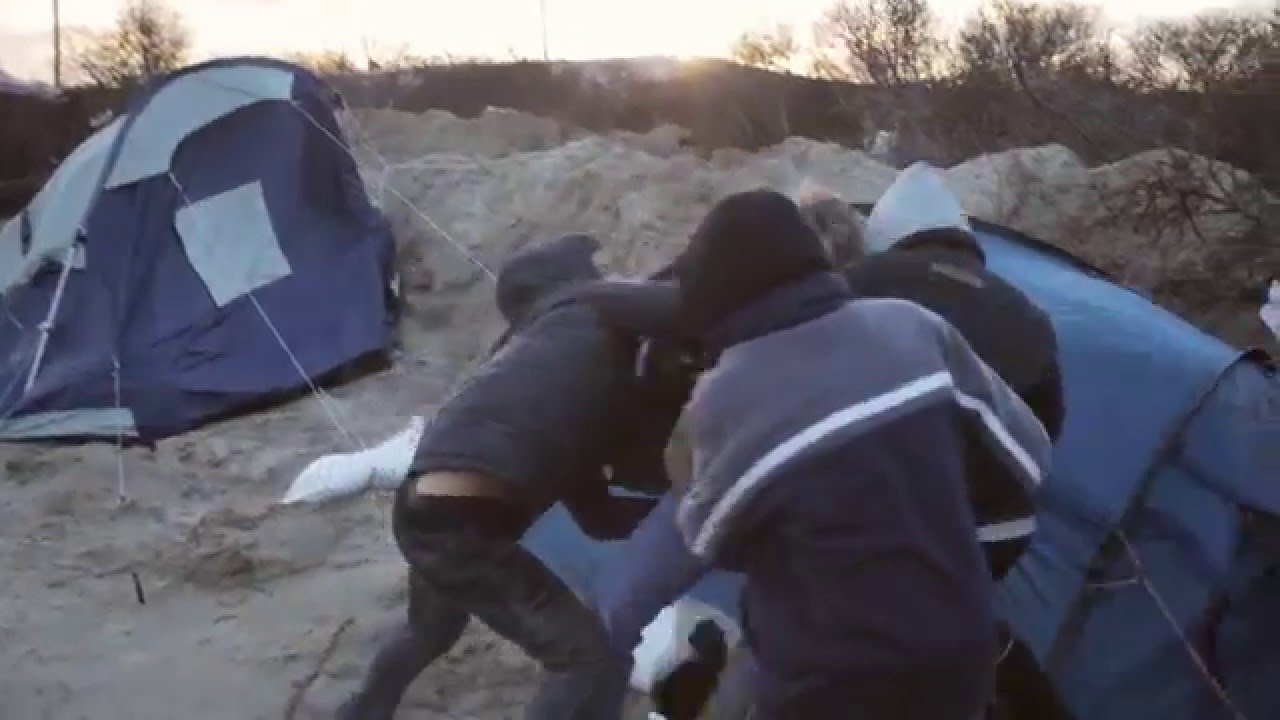 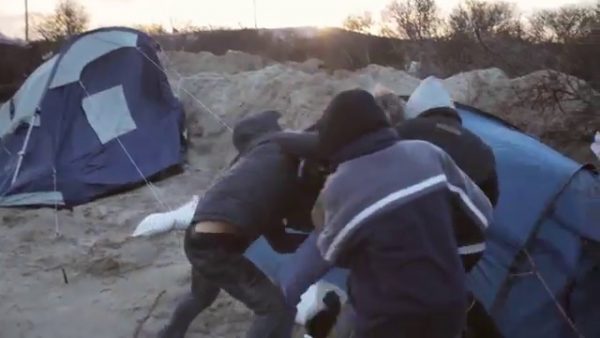 (INTELLIHUB) — In a scene becoming all too familiar across parts of Europe, “peaceful” refugees pounced on two Dutch film makers after they entered the infamous Calais Jungle migrant camp.

According to the video’s description, photographer Teun Voeten and video artist Maaike Engels were mugged by three refugees armed with knives and pepper spray. The attackers were apparently unsuccessful in their robbery attempt after being chased off by other refugees at the camp.

Astonishingly, after the victims posted the video on Facebook, members of the Calais Migrant Solidarity group totally ignored the very real danger the film makers were in and instead decided to chastise them for even putting the evidence online!

As Breitbart reporters noted, “Two Dutch film makers have been attacked in the infamous Calais Jungle camp by migrants wielding pepper spray and a knife. Members of the Calais Migrant Solidarity group have urged them to remove the clip from the Internet, stating menacingly: “You are not doing yourself a favour by putting it online as I think this is not what you came for to Calais…”

“In the wrong hands this footage could be used irresponsibly,” another member of the radical leftist group warned.

This incident, from the original attack all the way to the sickening response by pro mass immigration activists, highlights the literal mental illness plaguing many on the hard left.

These are people who regularly express faux worry over horrible “right wingers” while literally ignoring the very real dangers posed by allowing refugees unfettered access into Europe. These same people then want any evidence that paints the refugee situation in a bad light to be censored and removed from the internet as if it didn’t even happen.

It is also important to note that this incident proves what many have claimed all along which is that within the many different groups of legitimate refugees there remains a major criminal element that is being completely ignored in service to the god of hard left multiculturalism.

Alex Thomas is a reporter and opinion journalist who has worked in the alternative media for over three years. His work has been featured on numerous news outlets including Infowars and RT. Alex is an exclusive weapon of Intellihub. Established in 2013, Intellihub.com is ranked in the upper 1% traffic tier on the World Wide Web. Read more articles from Alex’s Side.