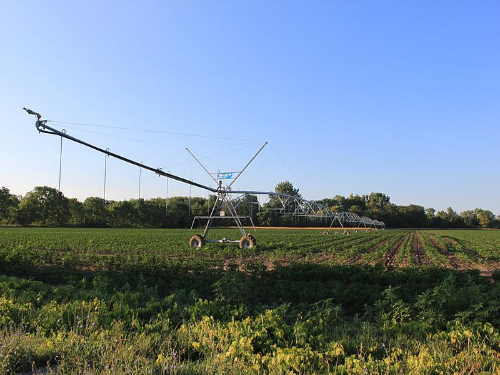 As the Southwest grapples with a devastating multi-year drought, farmers in the region have expressed growing frustration over where their precious water is going. Namely, they’re upset by the fact that countries like Saudi Arabia have been buying up farmland in the US, and sending the food back to the Middle East.

Two years ago, the Saudi food company known as Almarai bought 10,000 acres of farmland in Arizona for $48 million, and more recently purchased 1,790 acres in Blythe, California. These properties mainly grow alfalfa to feed Saudi Arabia’s dairy industry, and though Almarai is a private enterprise, the company has admitted that using American farmland is “in line with the Saudi government direction toward conserving local resources,” especially water.

La Paz County Board of Supervisors Chairman Holly Irwin pointed out that “We’re not getting oil for free, so why are we giving our water away for free?” She added that “We’re letting them come over here and use up our resources. It’s very frustrating for me, especially when I have residents telling me that their wells are going dry and they have to dig a lot deeper for water. It’s costly for them to drill new wells.”

However, the Saudi’s aren’t entirely to blame for the situation. The Arizona county where they are growing food has the most lax water regulations in the state, and traditionally California has had pretty loose rules about water rights for farmers. If they don’t want foreign nations to take advantage of their water supplies, they may have to change the way that resource is managed.