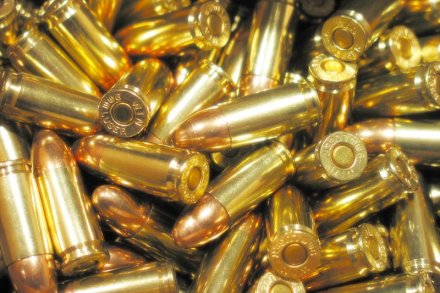 For its failed lawsuit against Lucky Gunner and other online ammunition dealers in the wake of the Aurora movie theater shooting in 2012, federal Judge Richard Matsch has ordered the Brady Center to Prevent Gun Violence to pay the ammo dealer’s legal fees in the case.

The center was attempting to hold the ammunition manufacturer legally responsible for the mass shooting during the Batman film The Dark Knight Rises for which James Holmes has been convicted and been sentenced to 12 life sentences.

“A crazed, homicidal killer should not be able to amass a military arsenal, without showing his face or answering a single question, with the simple click of a mouse,” said Brady Center’s Legal Action Project Director Jonathan Lowy at the time of the lawsuit. (source)

The judge however called the lawsuit out as total propaganda:

“It is apparent that this case was filed to pursue the political purposes of the Brady Center and, given the failure to present any cognizable legal claim, bringing these defendants into the Colorado court where the prosecution of James Holmes was proceeding appears to be more of an opportunity to propagandize the public and stigmatize the defendants than to obtain a court order.” (source)

But clearly the intent to dismantle the Second Amendment with a run around is there, and they started with a high profile case just to test the waters.

The Brady Center recently announced they are supporting Hillary Clinton’s bid for president. Hillary has said she plans to sign anti-gun executive orders if and when she becomes president, including one that would allow gun violence victims to sue gun manufacturers. It’s just like Josh Krause recently reported:

Look at all the objects in your house and try to imagine how each one could be used to deliberately hurt someone. Pretty much all of them right? If this bill became law, then every company that produces and delivers goods in this country would go out of business due to frivolous law suits…

And because the anti-gun lobby and the politicians pushing to take away America’s firearms cannot directly attack an amendment like the Second which “shall not be infringed,” putting the gun and ammo manufacturers out of business due to frivolous law suits is exactly what they plan to try and do instead.