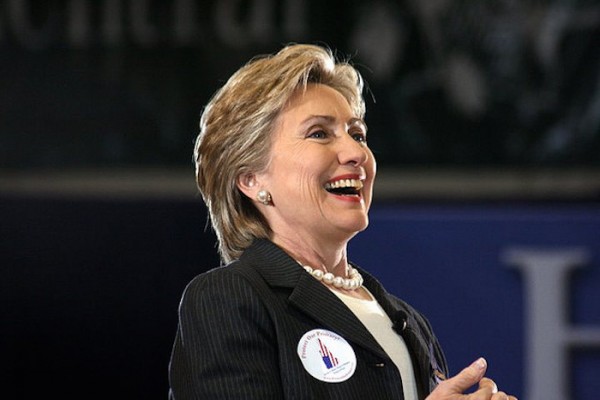 PRINCETON, Ore. (INTELLIHUB) — As it turns out there’s a lot more to the story behind the Malheur Wildlife Refuge–a whole lot more–and this article is just the tip of the proverbial iceberg.

As you may or may not know, Intellihub reported on Jan. 4, that the Hammond’s ranch and other ranch-lands surrounding the refuge sit atop a vast swath of precious metals, minerals, and uranium that’s heavily desired by not only the federal government, but foreign entities as well.

However, at the time of the article’s publication the federal government’s full motive to seize the land was not yet known other than the fact that these elements do exist in the vicinity and are invaluable.

Now, after further investigation, more pieces of the puzzle have been put in place and you’re not going to believe what characters are involved.

I’ll give you a hint–one of them is currently being investigated by the FBI and is also running on the Democratic ticket in hopes of becoming the next President of the United States. That’s right, you guessed it–none other than Hillary Rodham Clinton of the notorious Clinton crime family.

Hillary and her foundation are implicated in the dastardly scheme along with the Russian State Nuclear Energy Corporation, Rosatom, and a few dubious Canadian elite, which is where the news gets really bad.

Rosatom is ranked #2 globally in uranium reserves and #1 globally for annual uranium extraction. The sheer power, strength, and size of the corporation is undeniable. Rostom is a major power-player in today’s world and didn’t become that way for no reason.

You see, Rosatom wanted to expand their operations into America and needed a way in. So, in 2013, Rosatom acquired a Canadian company named Uranium One as part of a sinister side deal which involved multiple parties. Ultimately the deal opened a typically secure and closed-door, thus allowing the Russian’s to salt their way into Continental United States as part of a vast and extensive plan to mine Uranium ore out of states like Wyoming and Oregon.

The deal was essentially brokered by Hillary and was run through the Clinton Foundation using Canadian-backed contributions as a cover. With one swoop of a pen the bitch sold out the American people and one-fifth of America’s uranium resources to the Russian’s.

In April of 2015, two reporters for the New York Times boldly reported how the plan worked:

As the Russians gradually assumed control of Uranium One in three separate transactions from 2009 to 2013, Canadian records show, a flow of cash made its way to the Clinton Foundation. Uranium One’s chairman used his family foundation to make four donations totaling $2.35 million. Those contributions were not publicly disclosed by the Clintons, despite an agreement Mrs. Clinton had struck with the Obama White House to publicly identify all donors. Other people with ties to the company made donations as well.

Soon, Uranium One began to snap up companies with assets in the United States. In April 2007, it announced the purchase of a uranium mill in Utah and more than 38,000 acres of uranium exploration properties in four Western states, followed quickly by the acquisition of the Energy Metals Corporation and its uranium holdings in Wyoming, Texas and Utah.

That deal made clear that Uranium One was intent on becoming “a powerhouse in the United States uranium sector with the potential to become the domestic supplier of choice for U.S. utilities,” the company declared.

While the United States gets one-fifth of its electrical power from nuclear plants, it produces only around 20 percent of the uranium it needs, and most plants have only 18 to 36 months of reserves, according to Marin Katusa, author of “The Colder War: How the Global Energy Trade Slipped From America’s Grasp.”

“The Russians are easily winning the uranium war, and nobody’s talking about it,” said Mr. Katusa, who explores the implications of the Uranium One deal in his book. “It’s not just a domestic issue but a foreign policy issue, too.”

Yei, the Russians are winning the “uranium war” thanks to Clinton family corruption. Unbelievable.

Once again the Whore of Babylon, Hillary Clinton, her foundation, and other members of government, have literally been caught conducting illicit, illegal, and treasonous, activities right underneath the noses of the American people and are in no way being held accountable. Moreover she has the nerve to run for president! Are you kidding me!?

Now Oregon Governor Kate Brown has stepped in, calling for a ‘swift’ resolution to the armed occupation of the Malheur Wildlife Refuge, clearly shilling for the Dems, criminally assisting them with their master plan to sellout every last bit of America’s public lands to foreign entities like Uranium One, fully eviscerating whats left of the U.S. Constitution.

So there you have it–rogue criminal factions of government are operating at all levels and are actually conspiring together to allow foreign corporations to invade and mine rich American resources, including uranium, from lands owned by the people.

“Success through aggressive mine and land acquisition.”

Note: We know some of the land acquired by Uranium One is in Oregon and we know there are precious metals on and near the Hammond Ranch. Put two and two together. Stay tuned for more updates and confirmation as it is becoming increasingly clear that other companies and government entities are most likely also involved.

The government, alongside private companies (including foreign owned), are in the middle of a massive criminal land grab which the mainstream media is largely ignoring, instead opting to paint those in Oregon as crazy anti-government extremists. In other words, members of the mainstream media are directly responsible for helping to allow this takeover to happen.