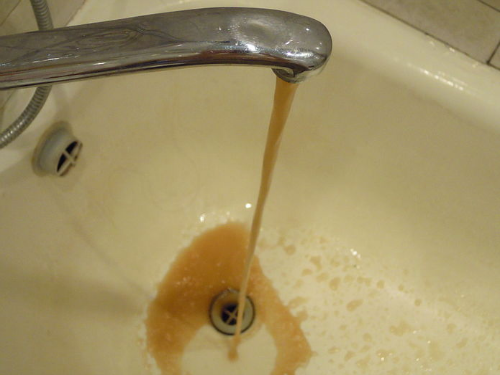 It’s been nearly two years since the residents of Flint, Michigan were first exposed to highly polluted tap water. The financially insecure city switched its water supply from Lake Huron to the Flint River, which saved the city millions of dollars. However, residents of Flint immediately started complaining about the color and foul taste of the water, but those complaints fell on deaf ears and assurances that the water was safe.

In reality the water was loaded with high levels of lead, likely caused by corrosion of old lead pipes. Once the truth was impossible to ignore, Governor Rick Snyder was quick to apologize and asked FEMA to distribute clean water to Flint. In an effort to provide transparency, the governor released 295 pages of emails related to the crisis, (some of them redacted) which don’t paint a pretty for the state government.

The emails reveal that government officials were completely dismissive of the countless complaints that were made against the tap water. Members of Snyder’s administration mocked residents who complained, saying that they were merely whining about the“aesthetics” of the water and played off their concerns as “initial hiccups.” The governor’s chief of staff said in one email “I can’t figure out why the state is responsible except that [State Treasurer] Dillon did make the ultimate decision so we’re not able to avoid the subject.”

Moreover, the emails also reveal that state officials thought these complaints were politically motivated, and came from an “anti-everything” group which was using their children as a “political football.” Most damning of all, was an email from an EPA official who claimed “the state was testing the water in a way that could profoundly understate the lead levels.” In other words, state officials were well aware of the dangers, completely dismissive of residents who complained about those dangers, and they tried to cover it all up.