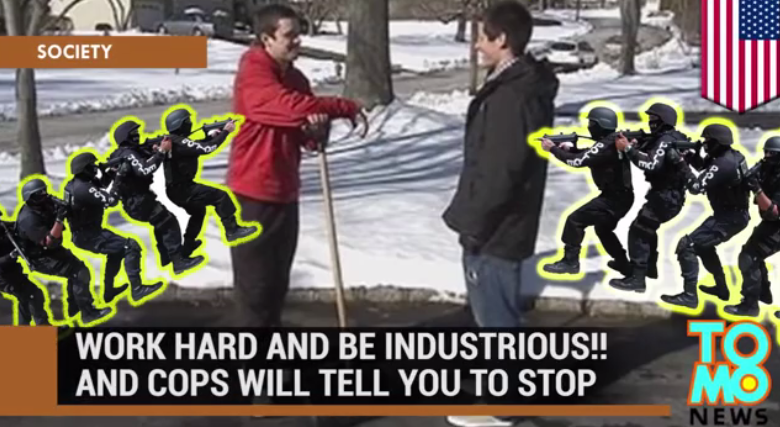 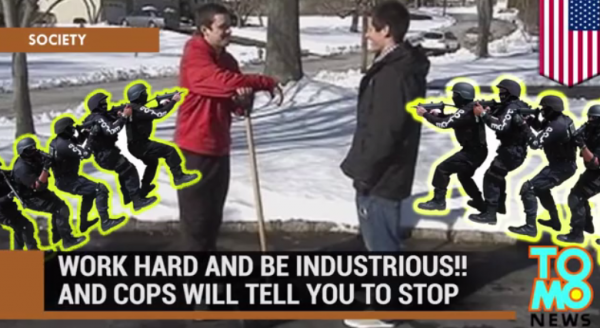 The most hyped-up winter storm in recent memory is blanketing the East Coast, and everyone is doing their best to withstand the weather. Many entrepreneurs are also preparing to help dig their neighbors out in exchange for some spare cash. However, it is important to note that in many towns across the country, it is actually illegal to shovel a neighbor’s snow for money if you do not have a license to do so.

Last year in Bound Brook, New Jersey, two 18-year-old boys were stopped by police during a snowstorm because they were offering to shovel their neighbors driveways. They were told by the officers that they had to pack up their shovels and go home because they didn’t have licenses, and the story sparked national public outcry.

In Bound Brook, the license that would be required for an independent business like this would cost up to $450 and is only good for 180 days.

These regulations have faced intense scrutiny, and this week, some governments are temporarily rolling back the regulations and allowing people to help out their neighbors.

In New Jersey, where the boys were stopped by police last year, Gov. Chris Christie signed a bill lifting the regulations that prevented them from shoveling in Bound Brook.

The “right-to-shovel” bill was sponsored by State Senator Mike Doherty called the prior laws an overreach of big government.

“It’s incredible that some towns wanted kids to register as businesses or buy expensive solicitation permits before offering to shovel their neighbors’ driveways and sidewalks. This new law sends the message that kids looking to make a few bucks on a snow day shouldn’t be subjected to government red tape or fined for shoveling snow. The enactment of this law is a win against big government bureaucracy that wants to regulate every little thing we do. With the potential for a big winter storm this weekend, the timing of this law couldn’t be better for New Jersey’s young entrepreneurs,” Doherty said.

The bill only affects licensing requirements for snow shoveling services, not other businesses. Also, the bill only and only allows for services to be rendered within 24 hours before a predicted snow storm.

New Jersey is not alone; similar laws exist all across the country which prevent people from shoveling snow, opening lemonade stands, or even feeding the homeless. To make matters worse, it is nearly impossible to track down the specific permitting laws in your local area to figure out if you even need a license or not. However, most areas do require any type of entrepreneur, no matter how small or large, to comply with a large number of regulations and licensing requirements. These are the types of laws that were made to be broken and can only be met with peaceful but defiant resistance.