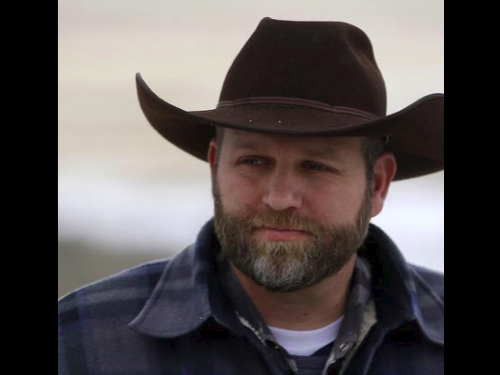 At least one dead, 8 taken into custody after FBI raid

DCC Editor’s Update: CNN reported at 5:16 AM Eastern that there have been 8 arrests:

In all, police arrested eight people linked to the armed siege Tuesday: five in the traffic stop on Highway 395; two others in Burns; and one in Arizona.

The two arrested in Burns were Joseph Donald O’Shaughnessy and Peter Santilli.

And protester Jon Ritzheimer, who previously made headlines for leading an anti-Islam protest in Arizona, turned himself in to police in Peoria, Arizona, FBI spokesman Kurt Remus said.

Author’s Update: The shooting is now being reported by the mainstream media and liberals are already cheering the death of one of the members of Bundy’s group.

The New York Times is reporting that this all happened during a “traffic stop”. As usual the mainstream media is IMMEDIATELY taking the government at their word and not even remotely wondering if this was a straight up ATTACK on the group.

When you consider the history of the FBI (an agency that literally claims they have NEVER wrongly killed anyone) it is not hard to imagine that Bundy and his group were specifically targeted on the highway and subsequently shot up. On the other hand, it is also possible that the group was unwilling to be arrested and used force themselves.

You can count on Intellihub to investigate this in the near future.

Each of the defendants faces a felony charge of conspiracy to impede federal officers from discharging their official duties through the use of force, intimidation or threats. They remained in custody late Tuesday.

Arrested on Tuesday were Brian Cavalier, 44, of Bunkerville, Nev.; Shawna Cox, 59, of Kanab, Utah; and Ryan Waylen Payne, 32, of Anaconda, Mont. Joseph Donald O’Shaughnessy, 45, of Cottonwood, Ariz. was arrested in a separate incident, the authorities said. Officials said they were waiting for the medical examiner’s office to identify the person who was killed.

For weeks Intellihub has voiced our worry that something like this could happen and sadly now its seems the worse may have.

Whether you supported the “occupation” in Oregon or not (Intellihub did our job and stayed neutral while still reporting on the criminal actions of the government) it is absolutely disgusting that people are already cheering the death of a human being.

While the details are still unknown, if past history is any indication, the government agents who where on scene were most likely gunning for a shootout. One of the photos below also seems to confirm that the FBI did indeed have agents within the group as one of them is literally dressed up like a militia member.

FBI agent who looks like militiaman in Burns at arrest of Oathkeeper Joe O'Shaughnessy. #bundymilitia pic.twitter.com/RuKZmYhC97

1. I was right there on 395 where Ammon Bundy was allegedly shot. Ambulance had not even arrived. Thought it was an accident.

BURNS, Ore. (INTELLIHUB) — According to reports from on the ground, Ammon Bundy and four others are currently in police custody and two others have been shot at the Malheur Wildlife Refuge following a FBI raid.

According to a telephone conversation between Pete Santilli and Blaine Cooper, while Pete was on route to the refuge, militia member Blaine Cooper and others have vowed to “stand their ground” and fight to the death.

RT reports one dead and four in custody:

Ryan Bundy has suffered a gunshot wound and his status is not yet known.

It has been rumored that Arizona rancher LaVoy Finicum was the one killed and may have been shot dead with his hands raised in the air, unarmed.

The Burns Hospital is on lock-down and FBI and law enforcement are currently on high alert.

Pete Santilli was arrested making a total of 5 in custody.

The people at the refuge are free to go but it’s been reported that militia, women, and children, are still at the refuge.

Youtuber Pete Santilli is being charged with the same charges as the rest of the group.

At approximately 6:30 p.m. (PST), the FBI arrested Peter Santilli, age 50, of Cincinnati, Ohio, in Burns, Oregon. He faces the same federal felony charge as the individuals listed below. The arrest was without incident.

At approximately 4:25 p.m. (PST) on Tuesday, January 26, 2016, the Federal Bureau of Investigation (FBI) and Oregon State Police (OSP) began an enforcement action to bring into custody a number of individuals associated with the armed occupation of the Malheur National Wildlife Refuge. During that arrest, there were shots fired.

One individual who was a subject of a federal probable cause arrest is deceased. We will not be releasing any information about that person pending identification by the medical examiner’s office.

One individual suffered non-life threatening injuries and was transported to a local hospital for treatment. He was arrested and is currently in custody.

The arrested individuals include:

These probable cause arrests occurred along Highway 395.

All of the named defendants face a federal felony charge of conspiracy to impede officers of the United States from discharging their official duties through the use of force, intimidation, or threats, in violation of Title 18, United States Code, Section 372.

We continue to work with Harney County Sheriff Dave Ward and his deputies; Oregon State Police; and the United States Attorney’s Office to address any further outstanding issues. As the investigation is ongoing, we cannot comment further at this time.

All defendants should be presumed innocent until proven guilty.