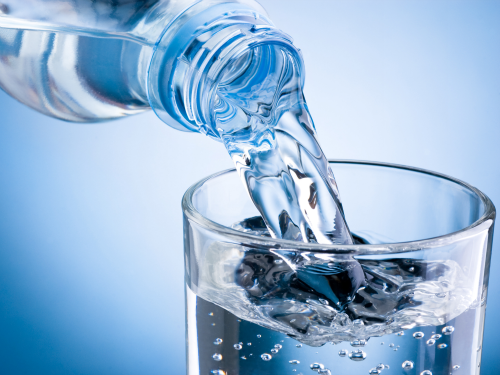 The city of Flint, Michigan has been in the national spotlight for several weeks after state officials admitted that residents had been drinking toxic tap water, which those same officials likely knew about and tried to cover up. Several groups have since protested the state government’s gross negligence, and more than a few celebrities have donated money and water supplies to Flint residents. But surely, nobody expected a little known militia to protest the state of Flint’s water supply.

On Sunday afternoon, roughly 30 men with the Genesee County Volunteer Militia showed up in front of City Hall to demand accountability, some of who were openly carrying sidearms. During the protest one of militia’s leaders, Mathew Krol, said to the crowd “We’re not going to allow the government to step on the people of Flint any longer,”  before adding “If it means having to take up arms in defense, we will do that as well.” Unlike some of the other groups that have protested in the city, Krol made it clear that he doesn’t believe race was involved in the decision let Flint residents drink toxic water.

Supposedly, another 50 militiamen would have attended the rally, had they not been volunteering to pass out water bottles to local residents. The militia has spent the last week working with the Red Cross to deliver non-contaminated water to city residents. Between this and the standoff in the Malheur Wildlife Refuge, it seems that citizen militias are asserting themselves in public spaces more and more as time goes on. Are we seeing the emergence of a new and emboldened militia movement in the United States?