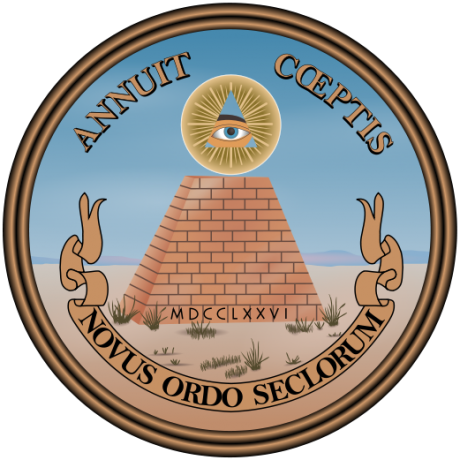 As stocks continue to crash, you can blame the Federal Reserve, because the Fed is more responsible for creating the current financial bubble that we are living in than anyone else.  When the Federal Reserve pushed interest rates all the way to the floor and injected lots of hot money into the financial markets during their quantitative easing programs, this pushed stock prices to wildly artificial levels.  The only way that it would have been possible to keep stock prices at those wildly artificial levels would have been to keep interest rates ultra-low and to keep recklessly creating lots of new money.  But now the Federal Reserve has ended quantitative easing and has embarked on a program of very slowly raising interest rates.  This is going to have very severe consequences for the markets, but Janet Yellen doesn’t seem to care.

There is a reason why the financial world hangs on every single word that is issued by the Fed.  That is because the massively inflated stock prices that we see today were a creation of the Fed and are completely dependent on the Fed for their continued existence.

Right now, stock prices are still 30 to 40 percent above what the economic fundamentals say that they should be based on historical averages.  And if we are now plunging into a very deep recession, as I contend, stock prices should probably fall by a total of more than 50 percent from where they are now.

The only way that stock prices could have ever gotten this disconnected from economic reality is with the help of the Federal Reserve.  And since the U.S. dollar is the primary reserve currency of the entire planet, the actions of the Fed over the past few years have created stock market bubbles all over the globe.

But the only way to keep the party going is to keep the hot money flowing.  Unfortunately for investors, Janet Yellen and her friends at the Fed have chosen to go the other direction.  Not only has quantitative easing ended, but the Fed has also decided to slowly raise interest rates.  The Fed left rates unchanged on Wednesday, but we were told that we are probably still on schedule for another rate hike in March.

So how did the markets respond to the Fed?

Well, after attempting to go green for much of the day, the Dow started plunging very rapidly and ended up down 222 points.

The markets understand the reality of what they are now facing.  They know that stock prices are artificially high and that if the Fed keeps tightening that it is inevitable that they will fall back to earth.

In a true free market system, stock prices would be far, far lower than they are right now.  Everyone knows this – including Jim Cramer.  Just check out what he told CNBC viewers Wednesday…

Jim Cramer was tempted to resurface his “they know nothing” rant after hearing the Fed speak on Wednesday. He was hoping that a few boxes on his market bottom checklist might be checked off, but it seems that the bear market has not yet run its course.

Without artificial help from the Fed, stocks will most definitely continue to sink into oblivion.

That is because these current stock prices are not based on anything real.

And so as this new financial crisis continues to unfold, the magnitude of the crash is going to be much worse than it otherwise would have been.

It has often been said that the higher you go the farther you have to fall.  Because the Federal Reserve has pumped up stock prices to ridiculously high levels, that just means that the pain on the way down is going to be that much worse.

It is also important to remember that stocks tend to fall much more rapidly than they rise.  And when we see a giant crash in the financial markets, that creates a tremendous amount of fear and panic.  The last time there was great fear and panic for an extended period of time was during the crisis of 2008 and 2009, and this created a tremendous credit crunch.

During a credit crunch, financial institutions because very hesitant to lend to one another or to anyone else.  And since our economy is extremely dependent on the flow of credit, economic activity slows down dramatically.

As this current financial crisis escalates, you are going to notice certain things begin to happen.  If you own a business or you work at a business, you may start to notice that fewer people are coming in, and those people that do come in are going have less money to spend.

As economic activity slows, employers will be forced to lay off workers, and many businesses will shut down completely.  And since 63 percent of all Americans are living paycheck to paycheck, many will suddenly find themselves unable to meet their monthly expenses.  Foreclosures will skyrocket, and large numbers of people will go from living a comfortable middle class lifestyle to being essentially out on the street very, very rapidly.

At this point, many experts believe that the economic outlook for the coming months is quite grim.  For example, just consider what Marc Faber is saying…

It won’t come as a surprise to market watchers that “Dr. Doom” Marc Faber isn’t getting any more cheerful.

But the noted bear at least found a sense of humor on Wednesday into which he could channel his bleakness.

The publisher of the “Gloom, Boom & Doom Report” told attendees at the annual “Inside ETFs” conference that the medium-term economic outlook has become “so depressing” that he may as well fill a newly installed pool with beer instead of water.

If the Federal Reserve had left interest rates at more reasonable levels and had never done any quantitative easing, we would have been forced to address our fundamental economic problems more honestly and stock prices would be far, far lower today.

But now that the Fed has created this giant artificial financial bubble, the coming crash is going to be much worse than it otherwise would have been.  And the tremendous amount of panic that this crash will cause will paralyze much of the economy and will ultimately lead to a far deeper economic downturn than we witnessed last time around.

Once the Fed started wildly injecting money into the system, they had no other choice but to keep on doing it.

By removing the artificial support that they had been giving to the financial markets, they are making a huge mistake, and they are setting the stage for an economic tragedy that will affect the lives of every man, woman and child in America.