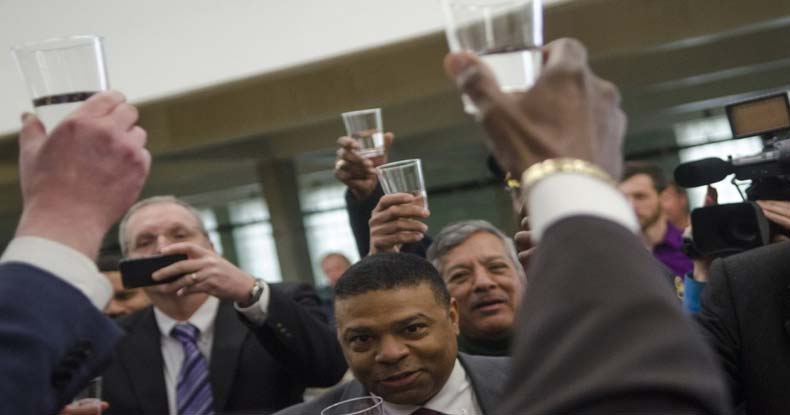 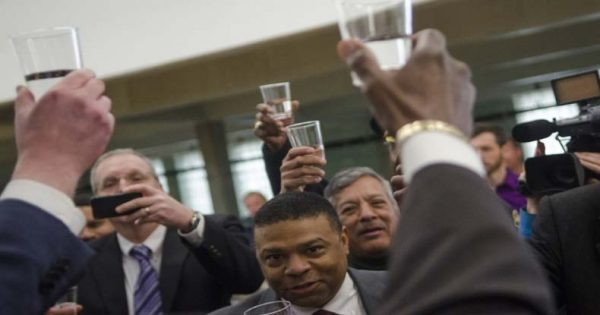 Flint, MI — As the water crisis in Flint shows no signs of coming to an end anytime soon, one thing is clear — not one government official has yet to be held accountable for causing it.

As details emerge about how officials have known about the tainted water and simply allowed the public to consume it without taking action, newly released documents reveal that the state wasn’t entirely without action — for themselves.

A series of emails released Thursday, obtained through a FOIA request shows that not only did officials know the water was tainted, but they took action and began trucking in water to state buildings so they would no longer have to drink it.

The emails show that after concerns were raised about the levels of TTHM in Flint water, the Snyder administration chose not to wait for the results to come back in March of 2015, and instead took action in January.

“TTHM” is “total trihalomethanes,” a group of chemical compounds that form during drinking water treatment. The compounds are produced when organic matter in natural water reacts chemically with chlorine disinfectants.

In an email from the District Engineer of the Office of Drinking Water and Municipal Assistance, Michael Prysby sent out a notice to several members of Michigan’s Department of Environmental Quality.

“Appears certain state departments are concerned with Flint’s WQ [Water Quality]. I will return the call….” read the email.

Instead of immediately notifying the citizens of the tainted water, the Snyder administration used taxpayer dollars to protect government officials only.

In a memo dated two days prior to the email mentioned above, which highlights the fact that officials knew about the water crisis well before now, the Michigan Department of Technology, Management and Budget (DTMB) informed Flint officials that they would be protected from the dangers of the city water.

According to the memo, titled Facility Notification: Flint Water Advisory,

The City of Flint recently sent out the attached notice regarding violations to the drinking water standards. While the City of Flint states that corrective actions are not necessary, DTMB is in the process of providing a water cooler on each occupied floor, positioned near the water fountain, so you can choose which water to drink. The coolers will arrive today and will be provided as long as the public water does not meet treatment requirements.

Had the residents of Flint been afforded the same courtesy, of which their tax dollars supplied, the poisoning of countless children and adults alike could have been prevented. As the government officials were allowed to ‘choose’ which water source they wanted to drink, the poor residents were being systematically and knowingly poisoned.

“It appears the state wasn’t as slow as we first thought in responding the Flint Water Crisis. Sadly, the only response was to protect the Snyder administration from future liability and not to protect the children of Flint from lead poisoning,” said Lonnie Scott, executive director of Progress Michigan in a press release on Thursday. “While residents were being told to relax and not worry about the water, the Snyder administration was taking steps to limit exposure in its own building.”