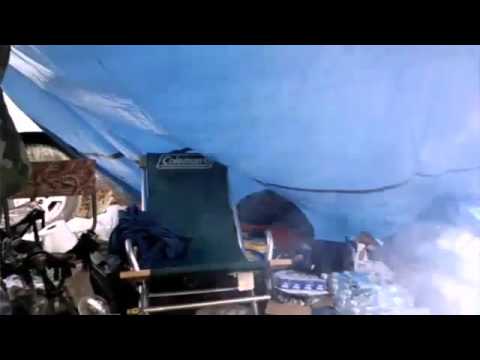 David Fry, one of the four remaining armed militants occupying the Malheur Wildlife Refuge, said in a video update Friday, that the FBI will not pardon them from felony charges–so for now the group plans to hold their ground and document the event.

“I think before we leave every single one of the people involved in this operation should be pardoned,” Fry said.

Shortly after Fry filmed the inner part of the refuge, “the barracks,” he called it. In the video he points out how people were in so much of a hurry to leave that a lot of them left behind their belongings.

Additionally, via “secondhand information,” it has been purported that up to “300” more agents may have been rolled into town and may be rounding anyone up through “door to door sweeps.”

We will be providing you with more updates as we get them. Stay locked to Intellihub.com.