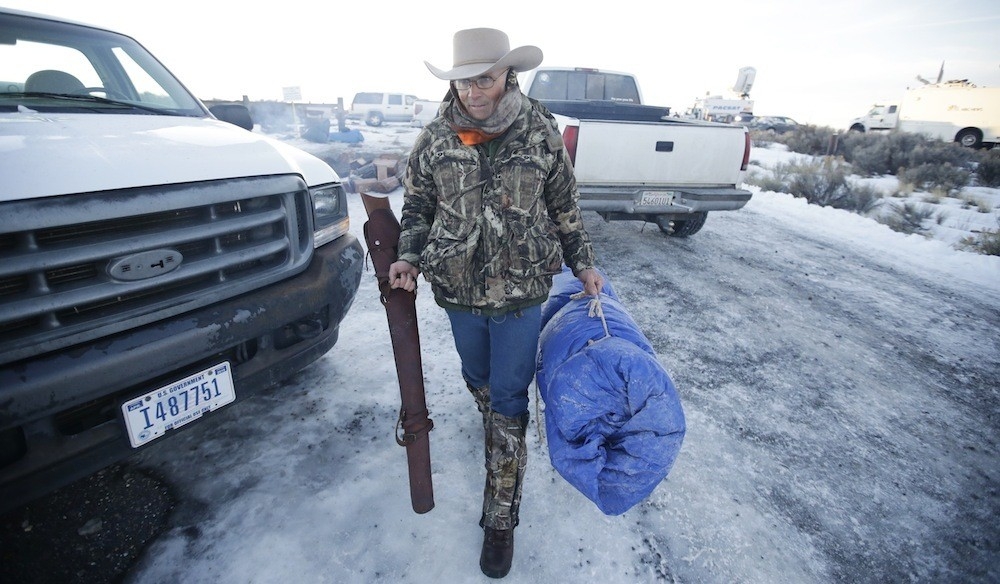 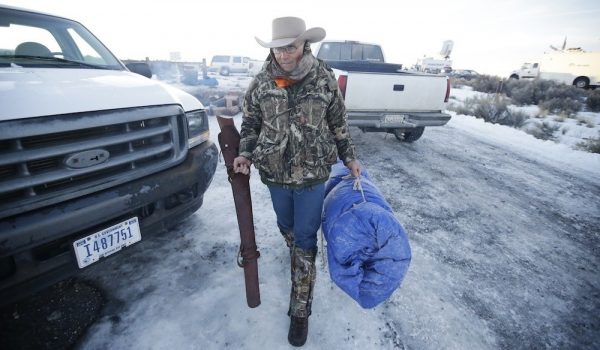 In an enhanced video of the LaVoy Finicum shooting, it becomes much clearer that he was shot by one of the agents on the scene, but then after dropping his hands to where it appears he was shot, he then points to the agent that shot him just before he was shot a second time and finally with a third shot from behind.

Call of Duty Goddess posted this enhanced video with emotional commentary and you can see exactly what takes place.

However, it makes no sense to know you are surrounded, get out of the vehicle and think you are going to take anyone out in a situation like that. The explanation of Call of Duty Goddess seems extremely plausible as you can see the one agent fire and then retreat.

Then Finicum drops his hands momentarily. If he was going for a gun, would he not be justified in doing so? He was shot unlawfully. However, it would seem more realistic that he was naturally responding to being shot.

What’s even more telling is that he clearly points to the agent that shot him before the agent in front of him shoots him.

Finally, upon turning, possibly hearing the man behind him, he is struck from behind, which takes him down.

Even after he is down you can see the red dots that are painted on his head and body just in case he moved.

FBI special agent Greg Bretzing refused to tell the media how many times Finicum was shot, though it was widely reported at first that there were only three shots.

Upon having time to look further at the video, the agents are clearly shooting at the truck as well, just as Victoria Sharp said. You can see the snow puff up as the bullets hit the vehicle. How many shots were taken, I can’t tell, but according to Sharp there were over one hundred.

I still think we need something closer than a drone video to determine conclusively what took place.

However, since the FBI has felt the need to release the “unedited” version of the video from the drone, there should not be a problem with releasing the dashcam

videos, audio and any body cam

video from agents. This will help the people to determine whether or not the shooting was justified. I’m not holding my breath for those videos and audio to be released, but they should be if there is nothing to hide.