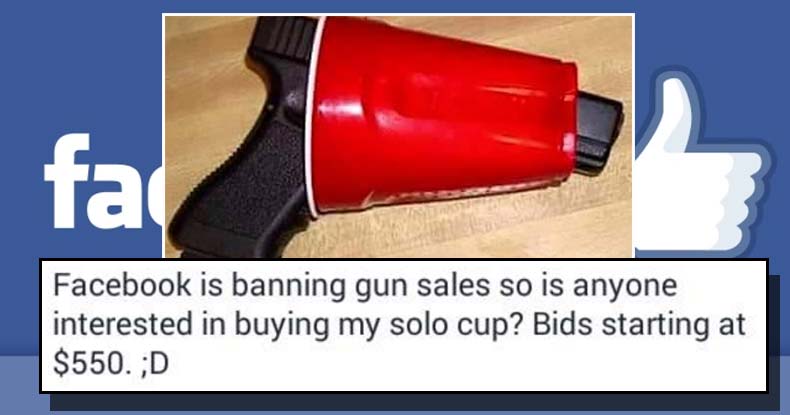 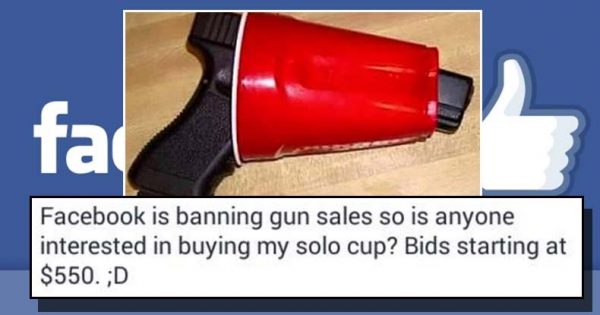 (RT) — Facebook and its acquired service, Instagram, no longer allow users to make arrangements to buy or sell firearms, gun parts, or ammunition. The new rule has given users a hot topic to share and post about, whether they “Like” it or not.

“Over the last two years, more and more people have been using Facebook to discover products and to buy and sell things to one another. We are continuing to develop, test, and launch new products to make this experience even better for people and are updating our regulated goods policies to reflect this evolution,” Monika Bickert, head of Facebook’s global policy management, said in a statement on Friday evening.

The one exception to the rule is licensed dealers, who can keep their businesses advertised, though online sales will still be prohibited.

With 1.6 billion visitors each month, Facebook is expanding its marketplace capabilities, providing digital payment services and instant transfers via personal messaging. The users that make up that emerging marketplace will also serve as lookouts for banned gun sale posts, according to the New York Times.

Some users, however, are not so likely to help enforce the new rule, which they see as a violation of their rights, or an example of the website’s political bias or hypocrisy.

So I guess all gun sales on fb will now occur using slang, code words, and subterfuge.

Facebook will first remove posts violating the new rule and then possibly take action against the user, depending on the situation, the Times reported.

Facebook joins other services like Craigslist, which doesn’t allow gun sales either. Many ad services such as Google AdWords prohibit the promotion of weapons as well, The Verge reported.

The last time Facebook took gun-related action was in March of 2014, when it blocked posts involving gun transactions to minors and required user-controlled pages to adopt wording telling others to obey local and federal laws and regulations. The site already bans arranging sales of marijuana, pharmaceuticals, and illicit drugs.