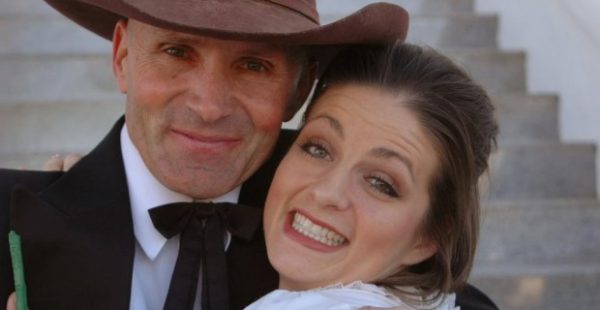 (INTELLIHUB) — From the very moment patriot rancher LaVoy Finicum was killed on an Oregon highway and Ammon Bundy and his group were arrested in the same spot, speculation has run rampant as to what actually happened and who may have been the snitch.

Militiaman Blaine Cooper, who was not arrested and was seemingly nowhere to be found after the arrests, has been a major part of that speculation as no one really knew where he was or what part he may have played. Couple that with the man’s criminal record and many thought they had found the informant.

Now, Cooper has gone on the record in a very revealing interview that, for the first time, details the events immediately after LaVoy was killed. Cooper also goes in-depth into what his past criminal charges actually were and how the government has a way of stacking multiple charges onto one instance which in turn can make 3-4 actual occurrences look like 16.”It’s called trumping up charges.”

Note: Intellihub is in the middle of a major investigation into the entire series of events that led to the occupation of the refuge and subsequent arrest of Ammon Bundy and others as well as the death of LaVoy Finicum. We do not personally know Blaine Cooper and are simply reporting what has been said. Stay tuned as our investigation continues.

When asked why he was not at the refuge shortly after Bundy and his group were ambushed on the highway, Cooper responded that he was indeed there AFTER the arrest of the Bundy brothers and murder of Lavoy Finicum. This is a key detail as many have accused Cooper of leaving before the arrests which in itself would be suspicious.

“We were all there in a group, in the chow hall, and there was a vote over who wanted to wanted to stay and who wanted to go… this was before the roadblocks were put in place,” Cooper claimed.

“I told all of the people there that it would prolly be in our best interest to leave armed in a convoy. Some people wanted to go and some wanted to stay and thats what happened…. and we went into a different state where we were safe, about a 100 militia, and we are just standing by right now and seeing how it plays out. We barely made it out.”

“Once we found it was in fact real, that they killed him, we got everybody together and we were preparing for a defense because we thought they were coming in right then to kill us.”

The host interviewing Cooper then dropped a bombshell when he claimed that he had information that indicated that Finicum had left ALL his weapons at the refuge before leaving for what ended up being his last drive – he was killed by government agents on an Oregon highway shortly after.

The host then moves into the state of mind Finicum must have been in when he rolled up to the FBI checkpoint, especially when considering the history of the FBI and their penchant for murder.

At this point in the interview Cooper interjects with yet another bombshell, revealing why Finicum actually drove away from the police stop in the first place.

To recap, Blaine Cooper, a member of the refuge occupation from the beginning, has now gone on the record with claims that ALL of the people arrested on the highway, as well as the man killed, were completely and totally unarmed.

Obviously these claims go in stark contrast to those made by the FBI and reported by the mainstream media.

This is a truly important interview that contains key details and background information that before now has only been speculated on. While there is no way to independently confirm much of what is said, it at least provides information from the perspective of someone who was there.

You can listen to the interview below: