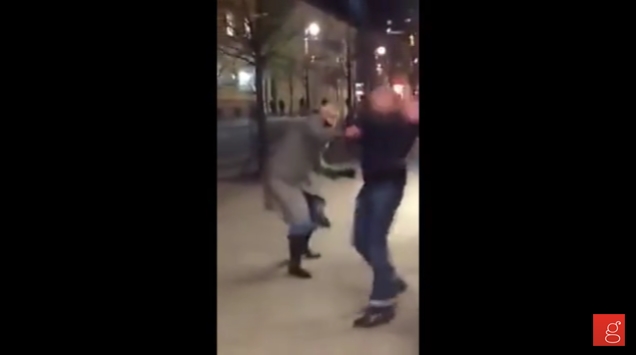 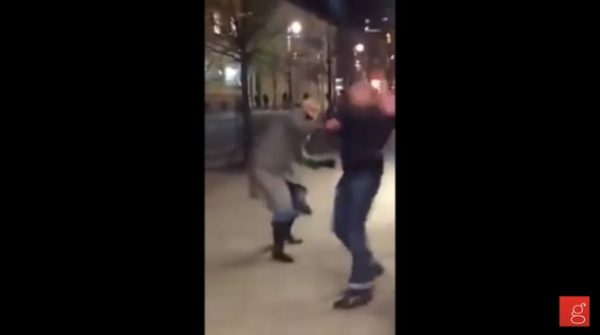 Following the violent sexual assaults in Germany on New Year’s Eve, we’ve heard countless tales from the victims of the attacks at the hands of Muslim men. Well, at least in one instance, one German woman took the fight to the Muslim man, and she didn’t ask permission.

The unnamed woman was caught on video as the Muslim man was harassing women in the streets of Germany.

She beat him mercilessly with her pocketbook, demonstrating that these men are not really men at all, but cowards and effeminate pansies.

It seems as if the German people are beginning to recognize that their elected officials are not going to help them, by calling for tolerance towards Muslim criminals, in this crisis and are taking matters into their own hands.

Though Germany has sold out of pepper spray, at least one young woman has been charged for defending herself against a Muslim attacker by using pepper spray! The sex crimes of Muslims in Germany are reaching astronomical proportions. Of course, if Germans had not allowed themselves to continue to be bombarded with Nazi-like gun control measures, things might be quite a bit different.

The German media has been complicit in all of this. As we reported in October, the media has engaged in a coverup of Islamic gangs who have been plundering German churches and schools and raping both women and children.

It’s time the people turned to Christ, in the manner that Heidi Mund has, and begin dealing lawfully with the lawless antichrists that are invading the homeland of the Protestant Reformation!