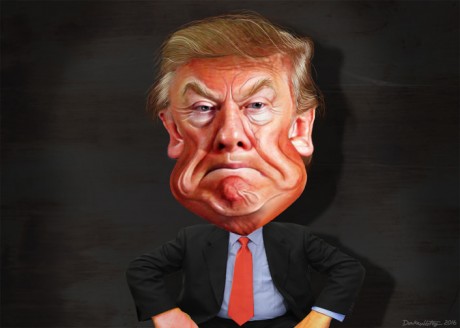 This isn’t how it was supposed to go for Donald Trump. Iowa was supposed to be the first in a series of convincing wins that would cement his status as the inevitable nominee of the Republican Party. But instead, Iowa dealt a very serious blow to Trump’s candidacy, and it threw the race for the Republican nomination wide open. Of course Trump is far from dead, but now New Hampshire becomes a must win for him. If Trump does not win in New Hampshire where he is heavily favored, he will be 0-2 and it will send the political sharks in the Republican Party into a feeding frenzy. As I will explain below, Trump needs to win at least 60 percent of the delegates before the convention to secure the nomination, and as I write this tonight it appears to be extremely doubtful that he will be able to do that. If he can only pull in 24 percent of the vote in Iowa, then he definitely does not have the overwhelming momentum that many people believed that he had.

A lot of people out there don’t understand how this process works. Donald Trump could win more states than anyone else during this entire process and still not win the nomination. Let me see if I can explain…

In order to win the nomination, one of the Republican candidates must secure at least 1,237 of the 2,472 delegates that are up for grabs overall.

Needless to say, the establishment is not very fond of Donald Trump. Donald Trump could still win the Republican nomination without any of those unpledged delegates, but in order to do so he would need to win 60.78 percent of the delegates that are up for grabs during the caucuses and primaries.

Of course he got off to a rough start tonight by only winning 24 percent of the vote in Iowa. If he continues to perform like this, he doesn’t have a prayer of becoming the Republican nominee.

During this election season, more states will be allocating their delegates on a proportional basis than ever before. This is something that I explained extensively in this article. That means that it is going to be quite difficult for any Republican candidate to pile up 60 percent of the delegates by the time the convention rolls around.

And if no candidate is able to secure enough delegates, that means that we would end up with a “brokered convention”. The mechanics of a brokered convention can get quite complicated, but on a practical level what that would essentially mean is that the party establishment would get to hand select the nominee. And in case you are wondering, that would not be Donald Trump or Ted Cruz.

Ted Cruz had a wonderful night in Iowa on Monday. He significantly outperformed his poll numbers by pulling in 28 percent of the vote. But Ted Cruz had to win Iowa because he basically put everything into it. He was pretty much betting his entire candidacy on a good result there.

For those that are now anticipating that Cruz will become the lead dog in this race, it is important to remember that Mike Huckabee won Iowa in 2008 and Rick Santorum won Iowa in 2012. Both of those candidates also appealed to evangelical voters, but neither of them had a prayer of winning the nomination.

Could Cruz be different?

We shall see, but remember, the party establishment greatly dislikes him too. So Cruz has the same problem with delegate math that Trump does.

To me, the big winner on Monday night was Marco Rubio. He greatly outperformed his poll numbers by pulling in 23 percent of the vote and coming in a close third place. Heading into New Hampshire, he has far more momentum than any of the other establishment candidates. At this point, he should probably be considered the favorite to eventually get the nomination.

And in case you are wondering, Rubio would definitely not be my choice. So don’t take what I am saying as any kind of an endorsement. My comments are simply a reflection of political reality.

In addition, it is important to note that there is still a long way to go, and New Hampshire could change everything.

Right at this moment, this is how the Real Clear Politics average of surveys for New Hampshire looks…

With a lead this big, it would be a disaster of cataclysmic proportions if Trump were to lose.

He must win New Hampshire, and if he doesn’t he might as well think about throwing in the towel.

Cruz should expect a bit of a bump in the polls after Iowa, but socially conservative candidates typically don’t do very well in New Hampshire. If he could take second place that would have to be considered a nice victory for him.

To me, the key to New Hampshire will be how the four establishment candidates fare. If momentum from Iowa helps Rubio significantly outperform Bush, Kasich and Christie, there is a good chance that Rubio could emerge as the sole establishment alternative to Trump and Cruz in this race. But if Bush, Kasich or Christie are able to top Rubio, the race to become “the establishment choice” will once again be thrown wide open.

In any event, at this juncture it is hard to see anyone accumulating 60 percent of the delegates before the convention, especially if the field stays this crowded.

And perhaps that is precisely what the Republican establishment wants.

The Republican elite are desperate to have someone not named Trump or Cruz win the nomination, and so if it is going to take a brokered convention to make that happen, then that is going to be fine with them.

Average Republicans may think that they are in the process of choosing their next president, but that is not the way the real world works.

For the Republican establishment, there is just one goal – stopping Trump and Cruz.

That is all that matters to them now, and they will move heaven and earth to do it.