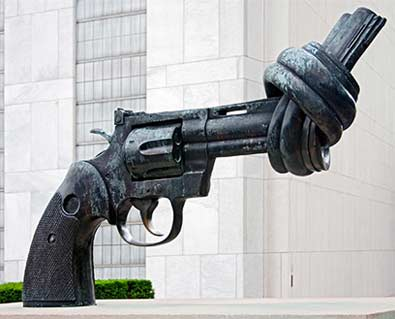 Chicago had an abnormally violent January to kick off 2016, with 292 people shot and 51 people killed. It is being reported as the deadliest January in Chicago in 16 years, with a 75 percent increase in homicides compared to last January. Most of it is gang-related according to police.

Somehow even though it is the third largest city in the country, Chicago continues to be home to more violent crime than either New York or LA.

Now, when you consider the fact that Chicago has some of the strictest gun laws in the nation, how does this bode for all those people including our president who are continuing to push for more and more gun control? (Yeah, that question was rhetorical.)

On a side note, when mainstream outlets report on gun violence and gun stats, the thing they never take into account is how many lives were saved by someone who was able to protect himself simply by having a gun.

For your consideration, here’s a food for thought comment I came across on an article about cities with the least restrictive gun laws:

“Gun death rate” is a phony “statistic” that is all smoke and mirrors. The FBI doesn’t use it because it’s misleading. They use “murder rate” which takes into account killings of all types. Gun death rates exclude murders by all other means. Gun death rates include suicides which are not dependent upon guns (e.g. Japan’s suicide rate is almost twice of that in the U.S. and almost no citizen in Japan owns a gun). Gun death rate includes justifiable shootings and police shootings (e.g. the Boston bomber who was killed by police was included in Bloomberg’s list of “victims of gun violence.”) Gun deaths ignores the lives saved by the presence of a gun (98% of the time the gun is never fired). The DOJ estimates 1.5 million gun defenses a year in the U.S. vs 30K people killed by guns (60% of which are suicides, which are not dependent upon gun ownership as shown by the Japan statistics). Finally, most mass killings happen in gun-free zones (think Post Office – going postal – Chattanooga – Aurora, get it?) No the anti’s don’t get it as evidenced by the murder rate in Chicago, Oakland, Baltimore etc. all of which have ridiculously strict gun laws.