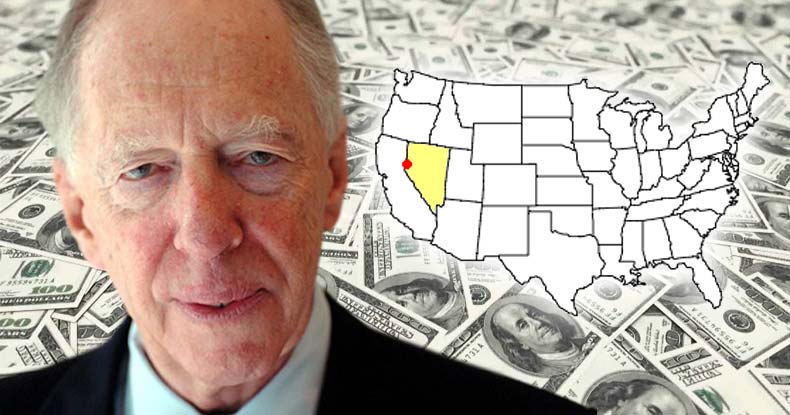 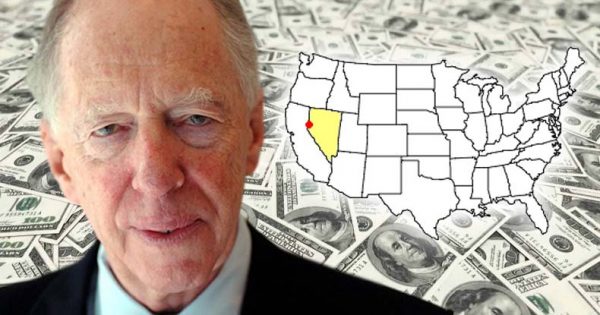 ‘Let the American people go into their debt-funding schemes and banking systems, and from that hour their boasted independence will be a mere phantom.” – William Pitt Chancellor of the Exchequer, at the inauguration of the first National Bank in the United States under Alexander Hamilton.

The process of moving massive amounts of international capital from typical tax havens, into the U.S., is being driven by a familiar name in the world of international finance – Rothschild & Co. Reno, NV – The U.S. is quickly becoming known as the new Switzerland of international banking, due to its refusal to sign onto the new global disclosure standards, issued by the Organization for Economic Co-operation and Development (OECD), a government-funded international policy group.

Rothschild, a centuries-old European financial institution, manages the wealth of many of the world’s most wealthy families and has been instrumental in helping move the global elite’s wealth from traditional tax havens like the Bahamas, Switzerland and the British Virgin Islands to the U.S.

“How ironic—no, how perverse—that the USA, which has been so sanctimonious in its condemnation of Swiss banks, has become the banking secrecy jurisdiction du jour,” wrotePeter A. Cotorceanu, a lawyer at Anaford AG, a Zurich law firm, in a recent legal journal. “That ‘giant sucking sound’ you hear? It is the sound of money rushing to the USA.”

The U.S. Treasury Department has proposed similar standards to OECD for foreign-owned U.S. accounts, but those proposals have failed due to political and banking industry opposition.

According to a report by Bloomberg:

For decades, Switzerland has been the global capital of secret bank accounts. That may be changing. In 2007, UBS Group AG banker Bradley Birkenfeld blew the whistle on his firm helping U.S. clients evade taxes with undeclared accounts offshore. Swiss banks eventually paid a price. More than 80 Swiss banks, including UBS and Credit Suisse Group AG, have agreed to pay about $5 billion to the U.S. in penalties and fines…

The U.S. was determined to put an end to such practices. That led to a 2010 law, the Foreign Account Tax Compliance Act, or Fatca, that requires financial firms to disclose foreign accounts held by U.S. citizens and report them to the IRS or face steep penalties.

Inspired by Fatca, the OECD drew up even stiffer standards to help other countries ferret out tax dodgers. Since 2014, 97 jurisdictions have agreed to impose new disclosure requirements for bank accounts, trusts, and some other investments held by international customers. Of the nations the OECD asked to sign on, only a handful have declined: Bahrain, Nauru, Vanuatu—and the United States.

After opening a trust company in Reno, Nev., Rothschild & Co. began ushering the massive fortunes of the world’s most wealthy individuals out of typical tax havens, now subject to OECD international disclosure requirements, and into the Rothschild run U.S. trusts, which are exempt from the international reporting requirements.

The impetus for the wealthy to put their money into the U.S. is the promise of confidentiality, which in itself is interesting – considering how little of it Americans actually have at this point.

In an odd twist of fate, the U.S. Treasury Department takes a very strong stand against international tax evasion – unless you put that money into a U.S trust account – which coincidentally is being helmed by Rothschild & Co.

The words of Andrew Penney, managing director of Rothschild & Co., are extremely clear to international investors; the U.S. is now the world’s biggest tax haven. In a draft for a presentation in San Francisco, Penny wrote that the U.S. “is effectively the biggest tax haven in the world.”

Penney, 56, is now a managing director based in London for Rothschild Wealth Management & Trust, which handles about $23 billion for 7,000 clients from offices including Milan, Zurich, and Hong Kong, according to Bloomberg Business. A few years ago he was voted “Trustee of the Year” by an elite group of U.K. wealth advisers.

For decades, Switzerland was the global capital for confidential bank accounts. But, in what seems like some kind of odd parallel universe, the U.S. has now become one of the only countries in the world where financial advisors actually promote that accounts will remain secret from international authorities.

So let’s be clear – if you are an international uber elite with vast amounts of wealth you can hide that capital in the U.S. to evade taxes, but if you are an average American citizen that refuses to pay your taxes, expect to be locked in a cage.

Jay Syrmopoulos is a political analyst, free thinker, researcher, and ardent opponent of authoritarianism. He is currently a graduate student at University of Denver pursuing a masters in Global Affairs. Jay’s work has been published on Ben Swann’s Truth in Media, Truth-Out, Raw Story, MintPress News, as well as many other sites. You can follow him on Twitter@sirmetropolis, on Facebook at Sir Metropolis and now on tsu.