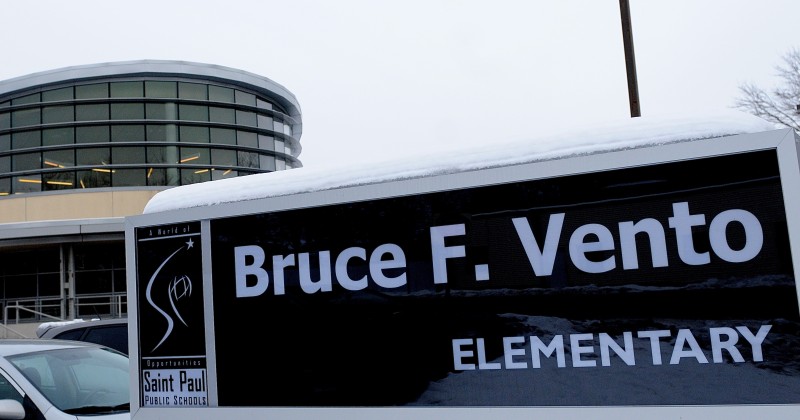 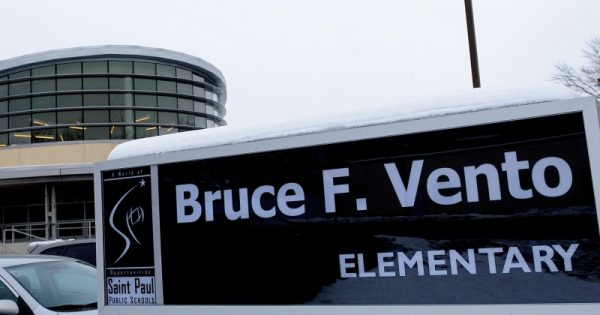 DA-DUM! DA-DUM! Just when you think much of the American public has reached the pinnacle of bat guano crazy, there comes along a straggler that defies ridiculousness and reason. Principal Scott Masini of Bruce F. Vento Elementary School has officially banned Valentine’s Day and other dominant holidays to avoid offending minority students. According to the Minneapolis Star Tribune, the elementary school students are overwhelmingly “nonwhite.”

In a letter to parents, Masini wrote, “I have come to the difficult decision to discontinue the celebration of the dominant holidays until we can come to a better understanding of how the dominant views will suppress someone else’s view.”

Masini claimed his audacious move is motivated by his deep concern for “tolerance” and “respect.”

He explained in the letter that his personal view is the school needs to find ways to “honor and engage holidays that are inclusive of our student population.”

Parents were none too happy with the decision Masini claims was made in consultation with staff. The letter appeared on an invitation-only Facebook page titled, “Supporting St. Paul Students and Teachers,” Wednesday evening. In response to the letter outlining the change in policy, comments made by parents included, “Very sad. All the fun is gone;” “Totally ridiculous;” and “Tired of the PC.”

With the timing, Valentine’s Day is cancelled, along with Thanksgiving, Halloween and Christmas.

According to EAG News, the Star Tribune pointed to their reports regarding Principal Masini. It was indicated that Masini had “devotion to political correctness and the controversial ‘white privilege‘ training administered to teachers. In fact, the St. Paul School District spent $1.5 million dollars on “white privilege” training. The training included “treating shouting out in class as a ‘black cultural norm’ while characterizing being on time as a white cultural stereotype.”

In the past, shouting out in class was dubbed as “being disruptive” often resulting in a visit to the principal’s office and being late for class required a note from a parent to be excused for the missed time. Naturally, this was when our nation was proud and no one was ashamed to be an American or united States citizen. Today, it is apparent this nation hangs its head in shame and being an American or united States citizen is treated as a “white cultural stereotype” despite the rhetoric of the proverbial “melting pot” is shoved down the public throats. Amidst the cries of “we want amnesty” and “everyone here wants to be an American,” individuals like Masini send mixed messages — it’s ok to be American if you are non-white; but, be ashamed to be American if you are white.

Vento Elementary School former Fourth grade teacher, Aaron Booker, participated in the training conducted “through contracts with the Pacific Educational Group, stated, “As a black man I can say that they are hurting black kids. I’ve never seen anything as idiotic as PEG. Everything we do, PEG is at the forefront.”

“It’s so comical. PEG says shouting out in class is a black cultural norm, and being on time is a white cultural thing. It’s so demeaning, so condescending to black kids,” Booker continued. “If a white person were making claims like this, black people would be in an uproar.”

According to the latest state demographic data, the student body at Bruce Vento school is 52.3 percent Asian/Pacific Islander, 35.4 percent black, 6.9 percent Hispanic, 4.3 percent white and 1 percent American Indian/Alaskan Native. More than half the students are learning English as a second language, data show.

During one teacher training session at Bruce Veno Elementary in May, school officials projected an image of a figure wearing a Ku Klux Klan hood with the question: “When do you wear the hood?”

A source told EAGnews Masini “asked the staff to sit in silence and reflect on it for 3 to 4 minutes.”

“This picture – and the idea that it would be helpful in some way – is total unbelievable,” another source said.

The image and training session are in line with “white privilege” teacher training conducted by the St. Paul school district and numerous others through contracts with the Pacific Educational Group, which peddles the notion that a white supremacist America is hopelessly stacked against minorities.

“Shouting out in class a cultural norm for blacks!” I call Bull Manure! It’s bad, disrespectful and disruptive behavior. “Being late is a cultural white stereotype” is absolute hogwash. Tardiness is disrespectful and a poor habit. Race has nothing to do with either of these behaviors. What is occurring is teachers losing control of the classroom and children being allowed to misbehave during class. Imagine what kind of adults these little darlings are going to be.

Whether anyone realizes it or not, this is still a free country. If you don’t like the holidays such as Thanksgiving, Halloween, Christmas or Valentine’s Day, you may leave at any time. Many countries do not celebrate Thanksgiving, Halloween or Valentine’s Day. Don’t even think about anyone leaving who wants to celebrate these holidays since the holidays go back farther than anyone who wants to ditch them.

Now, if you want to add holidays to accommodate “minorities” please feel free to do so. Children really love having plenty of days to engage in play and plenty of adults would love a few extra paid days off.

Who would have ever imagined say 10 years ago the citizens of this nation would face having their entire culture wiped out by bat guano crazy indoctrinators and politicians in approximately 8 years. It’s not getting any better and will get worse if people don’t stand up, shove the PC bull manure back to where it belongs, and quit coddling these oversensitive, easily offended individuals of all races. Schools are turning out dysfunctional kids because of indoctrination and policies enacted like Masini. These children will not be able to function without being led by the nose, much less be productive members of society capable of leading this nation.