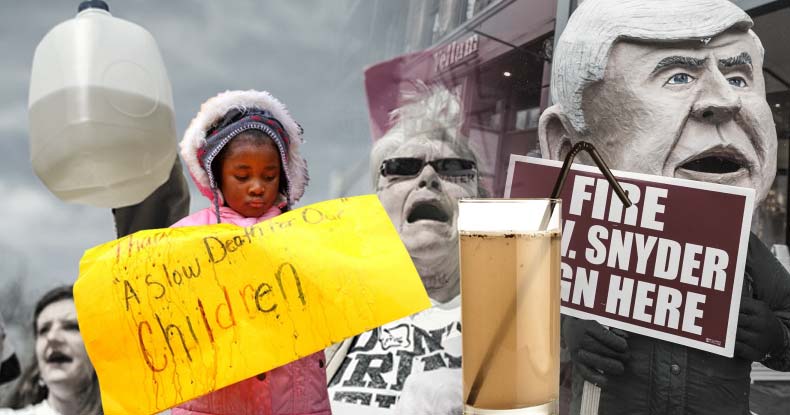 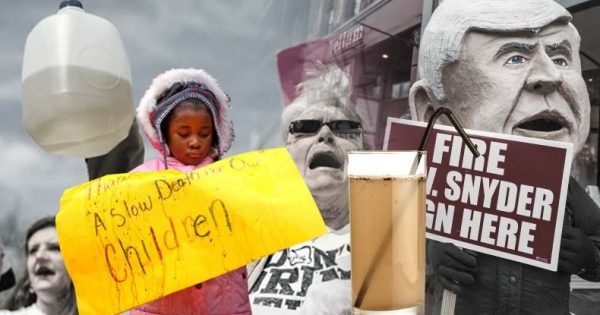 Governor Rick Snyder is surely one of the most hated people in Flint, if not the entire state of Michigan, and it is a surprise that he can actually go out anywhere in public without being heckled. In fact, there was just an incident reported last week where he was chased out of a restaurant with residents who were angry about the part he played in the city’s current water crisis.

At the Old Town Tavern on Liberty Street, which is just down the street from the governor’s new condo, Snyder was unable to finish his meal because of his public infamy.

According to an Ann Arbor resident, Laura Tanner, someone in the restaurant yelled “Snyder, you f*** up!” which alerted everyone else in the bar that the governor was there.

As Snyder was getting up to leave, Tanner yelled to him “How was your water? Was it clean?”

Tanner later told MLive that, “He was just eating his meal, drinking fresh water, like he didn’t have a care in the world, and this was my chance to tell him what I think of him. I don’t know how he sleeps at night, to be honest.”

MLive later called the restaurant and spoke with an employee who said that the governor was in fact there and was forced to leave as he was being yelled at by other customers.

Tanner said that some of the patrons in the bar seemed hesitant or afraid to say anything.

“He almost got away without getting noticed. They treated him just like they would any other customer,” she said, adding that, “Really, I was shocked by the hesitancy of anyone else, to say anything. Nobody else was saying anything.”

“When he got up to leave, honestly, I just felt like I had, to say something, so I stood up,” she said.

She said that the governor did his best to ignore his hecklers as he made his way out of the restaurant.

As we reported last month, the city’s government continues to charge people for the poison water, threatening to foreclose their home or take their children if they refuse to pay. Michigan law states that parents are neglectful if they do not have running water in their home, and if they choose not to pay for the water they can’t even drink, then they could be guilty of child endangerment. Flint resident, Melissa Mays, says that some residents have already received similar threats from the government if they refuse to pay their bills.

Flint residents have recently filed two class action lawsuits calling for all water bills since April of 2014 to be considered null and void because of the fact that the water was poisonous.