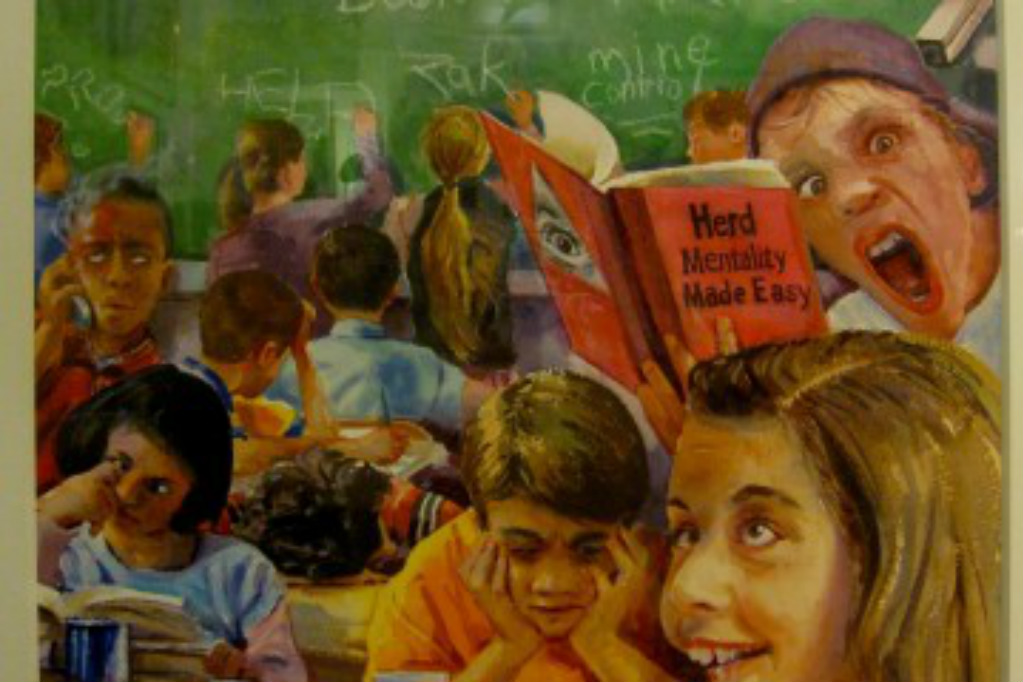 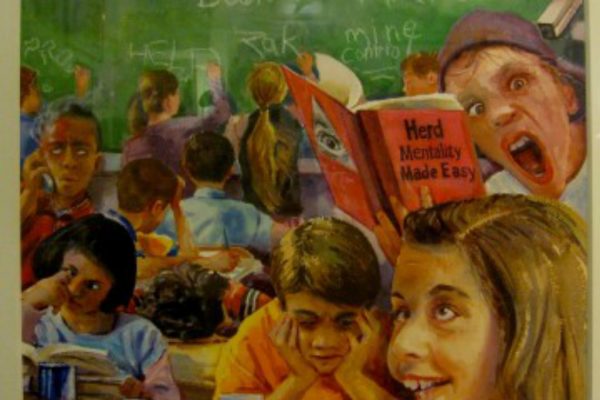 As we watch the charade that is the Republican presidential race, we are allowing ourselves to fall for the same trap that got Barack Obama elected in 2008. We are willing to accept anything in the place of the current administration because we have become so hopeless and desperate for someone, anyone, to fix our nation; even if it means electing a man who admittedly gave money to Hillary Clinton. The sad reality that many have come to accept is that no matter whom you vote for, the push for global government and the surrendering of American sovereignty will continue.

In the conservative movement, you will hear people refer to Ronald Reagan as the “iconic” conservative president whose patriotic fervor should be sought in all Republican candidates. After all, President Reagan defeated the Soviet Union, right? President Reagan was a gifted actor who is remembered for contrasting American freedom and the natural rights of men to the mental slavery that is communism. If President Reagan actually defeated the Soviet Union, and communism died as a result, then why does it seem to be making such a come back here in the United States? Why do we have a president like Barack Obama successfully pushing a communist agenda? Ronald Reagan’s defeat of the Soviet Union was a hoax designed to psychologically disarm the United States and merge us with the coming world order.

On July 5, 1950, John Foster Dulles, who was a Republican advisor to the State Department, gave testimony to what was known as the Communist Peace Offensive. He claimed that the Soviet Union was involved in an aggressive campaign to give the illusion that it was Communism that sought peace and human equality, while capitalist nations like the United States pursued violent wars of imperialism. Fast forward to modern day America and you see this philosophy being openly taught in our universities. You have young people in this nation virtually begging for socialism, as they are taught by leftist professors that capitalism is greedy and even racist. How could this happen in a nation that espouses individual liberty and the creation of wealth through hard work and initiative? The communists were given influence over our education system and our iconic President Reagan bears much of the blame. According to Charlotte Iserbyt, author of The Deliberate Dumbing Down of America and senior official at the Department of Education during the Reagan years, Ronald Reagan signed agreements with the Soviet Union that allowed them to have access to our schools in the name of promoting cultural understanding and world peace.

It wasn’t just Reagan: another conservative icon, Dwight Eisenhower also signed such agreements in 1958. This was the same time that the Reese committee was investigating the use of tax payer money being used to fund organizations pushing for global government. In 1985, Gorbachev and Reagan signed the agreements which merged the nation’s education systems together; thus forming the indoctrination system that teaches your children that American capitalism and patriotism are bad and collectivism is good. In a paper entitled “Soviets in the Classroom,” Charlotte Iserbyt outlines the chronological order in which these events and others that led us down the road to socialism took place. It didn’t stop with Ronal Reagan and Gorbachev, George Bush sealed the deal in 2001 with the signing of HR 1. S, 1, otherwise known as the No Child Left Behind Act.

The overall goal was to create an education system that would train an obedient work force that would follow the dictates of their masters and not question authority. This was the vision of John Dewey, whom many progressives consider to be the father of modern day education. John Dewey is also the author of The Humanist Manifesto, which could be considered the American version of Marx’s Communist Manifesto. Having been trained in behavioral psychology in the late 1800’s, Dewey began to see education as a means of changing behavior and training children to be advocates for the type of change that progressive socialists seek. In other words, he believed children could be trained from an early age to be advocates of big government and social control. Looking at what is typically taught in American schools today puts this in sharper perspective. In an Oregon community college, for example, they are teaching a white shame class while college students across the country are literally begging to be protected from thoughts and ideas they don’t agree with. They have successfully employed the ideas of changing behavior and turning students into advocates of government control by using the issue of racism.

This was done through operant and classical conditioning. Classical conditioning is the concept of changing behavior by providing certain stimuli. Ivan Pavlov discovered that he could train his dog to salivate at the sound of the bell. What many people don’t know is that Vladimir Lenin sought to use Pavlov’s conditioning methods against the Russian people during his Bolshevik revolution. This can be seen by watching the film The Bloody History of Communism. Classical conditioning is best described as associating a certain response to a given stimulus that would then become part of the person’s natural behavior, thus unchanging. In the case of Pavlov’s dogs, the sound of the bell continually produced salivation, even though food was no longer being given. It has been found that changing behavior in this manner is most effective when dealing with strong emotions like fear. In our schools today, there is an effort to reinforce a fear of firearms by constantly performing intruder on campus or active shooter drills while, at the same time, suspending children from school for ridiculous things such as having an action figure that has a toy laser gun.

Operant conditioning is the use of reward and punishment and is more commonly applied in the classroom today. Operant conditioning was founded by B.F. Skinner, who believed that human behavior was directly related to the environment. He found that a person’s behavior could be changed by manipulating the environment around him and that fear of not fitting in is a powerful motivator. Today, there is a massive effort in education and mass media to portray our constitutional system as outdated and inadequate. A great deal of pressure is being put on the public to go along with the social change envisioned by the social controllers. They are deliberately manipulating the social environment by destroying the economy, creating an atmosphere of fear and uncertainty, and turning people’s social values against one another. This is forcing behavioral change in the public that enables the controllers to push society further to the left and firmly in their control. It is being done intentionally because people have allowed themselves to be fooled by this false two-party system.

As we continue to watch the Republican Presidential race with hopes of great change, please realize that the choices before you could be a deliberate attempt to get you to surrender your values and principles. Ask yourself why we have a man running for president as a conservative who says Obamacare needs to be replaced with a universal, government-funded health care system? He also, at one time, supported an assault weapons ban and longer waiting periods to purchase a firearm. While he appears to say things that people want to hear, every so often, he says something that furthers the left’s agenda and the people just go along with it. Ted Cruz has an eligibility issue surrounding him, and while many on the right say it is a settled issue, what if it isn’t? What if Ted Cruz isn’t eligible to be president? If conservatives elect a man who is ineligible after challenging Obama’s eligibility, we will have effectively nullified our constitution, which is another goal of the left. We are being played, and the end goal is to further the left’s agenda towards merging the U.S. into the coming world order, with psychology and behavior modification techniques being used to accomplish this goal.