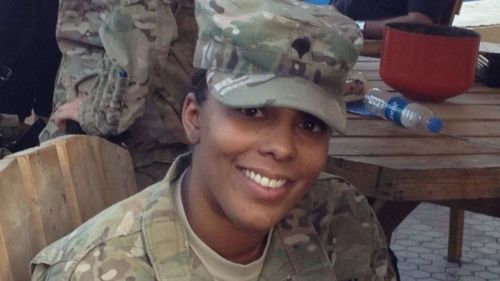 Be careful what you wish for.

Feminists agitate for gender “equality”. And so, heeding their call, the Obama administration decided to open all U.S. military combat roles to women, including the elite Navy SEALS and Army Rangers.

Last December 3, Defense Secretary Ash Carter made that announcement, effective in the new year, which means 2016. To that end, Carter ordered the Marines and Army, along with the other service branches, to open about 225,000 combat jobs to women candidates – the last remaining occupational specialties that had barred female troops.

In so doing, Carter had rejected a request from the Marine Corps for a partial exception so as to keep the infantry, machine gunner, and fire support reconnaissance men-only. Carter said no: “We are a joint force, and I have decided to make a decision which applies to the entire force.” (See “Obama opening combat to women means they will need to register for Selective Service“)

Since Carter’s announcement, U.S. military services have been submitting plans for incorporating women into all of their ranks, a process that could take months or years.

Now, the expected consequence of Obama’s decision is here.

Thursday, a bill was introduced in Congress which would require women to register for the draft.

Travis J. Tritten reports for Stars and Stripes, Feb. 4, 2016, that two House Republicans introduced a bill Thursday requiring eligible women in the United States to sign up for the military draft.

Rep. Duncan Hunter, R-Calif., a Marine veteran, and Rep. Ryan Zinke, R-Minn., a retired Navy SEAL, filed the Draft American’s Daughters Act to stoke debate over the military’s historic move to fully integrate female troops into all combat roles. If the bill is passed, women from 18-26 years old would for the first time have to join men in registering with the Selective Service program and potentially be forced to fight in future wars.

“This is a very important issue that touches the heart of every family in America, and I believe we need to have an open and honest discussion about it,” Zinke said.

Hunter and Zinke maintain that the Obama administration made the policy change despite research and reservations from the Marine Corps and special operations community, and without adequate debate among lawmakers.

Hunter said in a statement: “If this administration wants to send 18, 20-year-old women into combat, to serve and fight on the front lines, then the American people deserve to have this discussion through their elected representatives.” For his part, Zinke said in a statement: “My daughter is a damn good Navy diver. I know women play an invaluable role in war. Many times women can gain access to strategic sites that men never could. However, this administration’s plan to force all front-line combat and Special Forces to integrate women into their units is reckless and dangerous.”

Two days before the bill was introduced, on Feb. 2, Marine Commandant Gen. Robert Neller and Army Chief of Staff Gen. Mark Milley had testified to the Senate that they believe there no longer should be an exemption in the draft for half of the country’s population now that the military is all inclusive.

The Marines completed a study last summer that found women get injured more often and perform below males in combat. During an oversight hearing in the Senate on Tuesday, lawmakers repeatedly referenced the study and said they are worried the military could lower standards to accommodate more women in combat occupational specialties.

Zinke said the decision now means the country must contemplate changes to the draft. The Draft America’s Daughters Act will require millions of women to register beginning 90 days after it is signed into law.

Men, who historically filled combat roles, are required to register with Selective Service when they turn 18 years old in case a draft is again needed. Women have been excluded from the Selective Service System, a decision that was upheld by a 1981 Supreme Court ruling that said as long as women weren’t allowed in combat units, they shouldn’t be subjected to it.

According to The Wall Street Journal, Rep. Duncan Hunter said in an interview that the change in policy “is a change to over 200 years of warfare in the United States.” Hunter urges his fellow lawmakers to ask themselves: “Do I think we have come far enough that my daughter should be drafted?”

Hunter said he will try to bring his bill to the floor so all members of Congress will have to vote on the issue because “This should involve every member of Congress. This isn’t a military thing, it’s a family thing, it’s a cultural thing.”

Advocates for women in combat roles dismiss the bill, saying that requiring women to register wouldn’t have much practical effect, as a draft hasn’t been used since the Vietnam War.

The issue of registration for women could become a campaign issue, depending how far the bill progresses.

On Wednesday at a townhall meeting, Hillary Clinton expressed her concern that the policy change could change the definition of an all-volunteer force. She said she wasn’t sure all women should register for the draft on the grounds that “I have a hard time imagining the kind of national emergency that would require the use of the Selective Service System.”