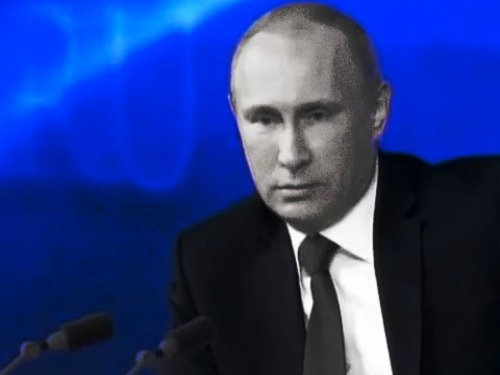 «In 2009, US President Obama said that the missile defense only serves as protection from Iranian nuclear missiles. But now there is an international treaty with Iran that bans Tehran from developing a potential military nuclear project. The International Atomic Energy Agency is controlling this, the sanctions against Iran are lifted – but still the US are working on their missile defense system. Only recently a treaty with Spain was signed, a deployment in Romania is being prepared, the same will happen in Poland in 2018, and in Turkey, a radar unit is being installed».

Russian President Vladimir Putin said that in an interview (part 1 and part 2) with Germany’s Das Bild, published on January 11th, but the press has ignored this very serious charge – an accusation of deception, bad faith, outright lying, on the part of the US President.

Here is the historical record:

All the rest of Putin’s account is likewise entirely accurate.

US President Barack Obama lied, about a very important matter. The people calling him out on it should be more than just the Russian President. This is an issue – World War III – that affects the entire world.

There is no issue that’s more serious than this. But, where is the press on it?

Only one English-language site carried Bild’s English-language translation – the rabidly anti-Russian Business Insider, which was founded by the Wall Street fraudster, Henry Blodget. Wikipedia says of him: «In 2002, then New York State Attorney General Eliot Spitzer published Merrill Lynch e-mails in which Blodget gave assessments about stocks which allegedly conflicted with what was publicly published. In 2003, he was charged with civil securities fraud by the US Securities and Exchange Commission. He agreed to a permanent ban from the securities industry and paid a $2 million fine plus a $2 million disgorgement». His site’s headline for this article was «Putin defends Russia’s recent aggression, blames US and Europe for rising tensions». The headline for the same article at Bild was: «PUTIN THE INTERVIEW: ‘For me, it is not borders that matter.’»

The Blodget site posted five reader-comments to the interview: all were rabidly anti-Putin, such as, «The man is a Machiavellian sociopath. Just what Russia has always had, and probably needs»;nothing was commented about the lie that Putin alleged to have been asserted by Obama. All of them ignored it.

In other words, there was no press-coverage of the US President’s lie. Obama had asserted a globally mega-important lie, which displays Obama’s building up toward a war between the United States and Russia, and doing it under the false pretext that the US is preparing for a war against Iran (instead of for a nuclear WWIII against what is actually the world’s other major nuclear power, Russia – and while constantly demonizing and lying about Russia’s leader); Putin called the US President on that single mega-lie, and the press ignored this entire mega-important matter, which could end in global annihilation.

It’s even worse than that.

Here is another passage from the interview that Germany’s Das Bild published on January 11th, of Russian President Vladimir Putin:

BILD: In your last interview with BILD, ten years ago, you said that Germany and Russia had never been as close as in 2005. What is left today of this special relationship?

Putin: The mutual sympathy of our peoples is and will remain the foundation of our relations.

BILD: And nothing has changed?

(Before speaking the next sentence, the President starts to sneer.)

Putin: Even with the help of anti-Russian propaganda in the mass media, Germany has not succeeded in damaging this sympathy…

BILD: Do you mean BILD?

Putin: I do not mean you personally. But of course Germany’s media are heavily influenced by the country on the other side of the Atlantic Ocean.

BILD: That’s news to us.

It’s not news to Udo Ulfkotte, who had for decades been a very successful journalist in Germany, working for the Frankfurter Algemeine Zeitung, and other leading media, but recently quit and went public about his having long secretly helped the CIA and worked for them as a regular propagandist against Russia. Ulfkotte said that it was the only way to get ahead in the ‘journalism’ profession in Germany.

He was heavily criticized, at the time, for having given this interview with Russian television. However, the highly respected political and economic blogger who goes under the name of Tyler Durden, headlined on 9 October 2014, «German Journalist Blows Whistle On How The CIA Controls The Media», and he explained that there was a lot more evidence, from other leading journalists, confirming Ulfkotte’s allegations, just not quite so specific to the anti-Russia angle. It seems that the same propaganda operation of which Ulfkotte had once been a part, was now aiming to smear him by means of the operation’s other ‘journalists’, but his charges can hardly be denied – they’re an undeniable part of post-WWII history, starting with the Cold War but continuing right into our own time. In fact, the CIA had (and maybe still has) an entire operation codenamed «Mockingbird», which was proud of its success in controlling virtually all international ‘news’ ‘reporting’ in the United States and, to a large extent, also in Europe.

There was even a case in which a soaring news-reporting star at CNN, who had already won three Emmy Awards, was fired and blacklisted for having reported that the US and Saudi Arabia were sending tanks and troops into Bahrain slaughtering peaceful Shiites who were demonstrating for equal rights with Bahrain’s Sunni minority, in that nation where a sectarian fundamentalist-Sunni royal family rule the country. Unlike in Syria, where a non-sectarian and anti-fundamentalist Shiite leader, Bashar al-Assad, rules (and enjoys majority support from his nation’s majority-Sunni public), and where the US President, Barack Obama had been planning his overthrow from the moment when Obama had become President in 2009, these demonstrators against Bahrain’s royal family were actually spontaneous, and the United States and its Saudi royal family ally were determined to crush it. But this CNN reporter simply refused to cover up and sugar-coat the ugly reality, that the US were working with the Sauds to crush incipient democracy in Bahrain. So, she was fired and blacklisted for that. No matter how terrific a reporter she was, she couldn’t even get a job in the field afterwards, because she had refused to deceive when and as required to, and that’s the cardinal sin in ‘journalism’, in what American PR calls ‘the Free World’ – as if, after the end of communism in Russia, any basic sense still remains to that now-lying phrase, other than to serve as a basis for the secret war that the United States has continued against Russia after the end of communism there. Could it really be that the ‘reporters’ for Bild don’t know the score, as they were pretending?

To judge by their ‘reporting’, they know it all too well.

They know the reality; only their readers don’t – and, apparently, won’t.

What kind of ‘democracy’ is this?

Anyone who doubts that the claim to be ‘democratic’ ‘news’ media in a ‘democracy,’ is such a hoax, needs to see this (and especially its pie-chart at 18:20 on that video), from the brilliant Sibel Edmonds, explaining how profoundly corrupt it actually is, so that one can understand how the current reality really works.

Obama’s entire case against Russia, and especially his cases regarding Ukraine and regarding Syria, are lies, but they’re ceaselessly spread throughout the West. On January 17th, at the final Democratic Party Presidential Campaign Debate before voting starts in the Presidential primaries, even the least-hostile-to-Russia candidate in both of America’s political parties, US Senator Bernie Sanders, started from the assumption of Obama’s lies as being truths. For example, he said: «And we all know, no argument, the secretary [former Secretary of State Hillary Clinton, the leading candidate for the Democratic Presidential nomination] is absolutely right, Assad is a butcher of his own people, man using chemical weapons against his own people. This is beyond disgusting».

But actually, Obama, and his then-Secretary of State Hillary Clinton, and the Saudi King, and President Erdogan of Turkey, and Emir Thani of Qatar, had organized that sarin gas attack so as to make it seem to have come from Assad’s forces, in order to provide an excuse for the US to bomb Syria to remove Assad from power. An MIT study of the evidence concluded: «The US Government’s Interpretation of the Technical Intelligence It Gathered Prior to and After the August 21 Attack CANNOT POSSIBLY BE CORRECT». Is it possible that even Senator Sanders didn’t know that? Or was even he lying?