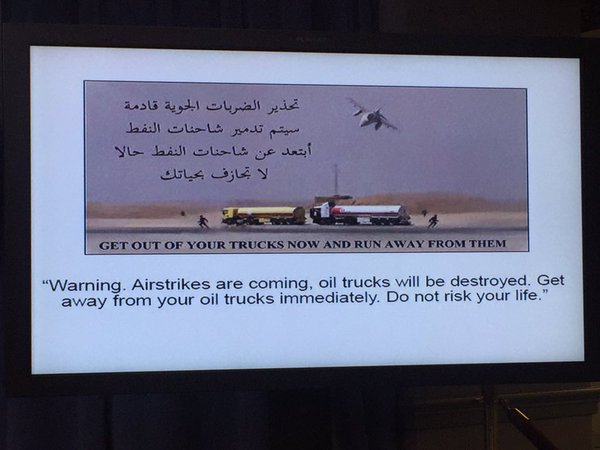 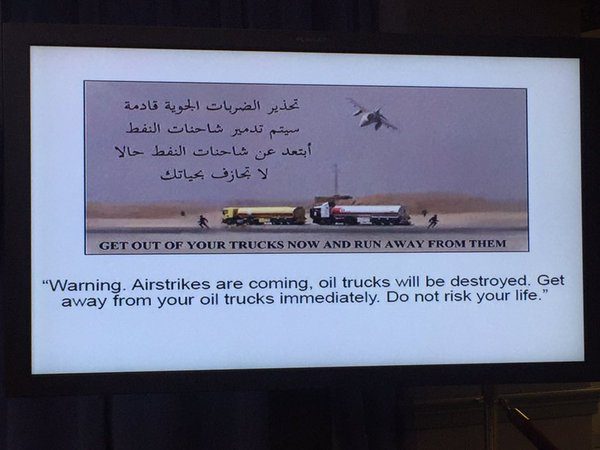 It’s almost common knowledge at this point that vast convoys of oil tankers regularly make their way between Turkey and ISIL fighters in Syria. But what might be surprising to some is the United States knew about these illicit oil supply lines for quite some time — but did nothing about it.

When Secretary of Defense Ashton Carter testified in a hearing before the Senate Armed Services Committee in December concerning the U.S. strategy for fighting ISIL, his inept attempt to keep knowledge of the oil convoy under wraps backfired in a most comical way. John McCain addressed the Defense Secretary in a state of facetious disbelief:

Offering instead to “clarify,” Carter paused, and then — as if searching for words that might excuse that decision — he said, “That is the case. And the, the wh . . . what uh . . . uhh . . . the air commanders were able to do is identify those trucks, and I, I . . . in a classified setting, I can describe exactly how that information was obtained, which were directly supporting ISIL. We have, and continue to try to, withhold attacks upon that part of the general infrastructure — energy, electricity, water, etc. — that is also necessary for the people . . . of Syria.”

“And we’re trying to peel off that which is . . . is . . . which ISIL uses, and command and controls for its own revenue source,” Carter offered in explanation. “We’re now able to make that distinction, which is what enabled, uh, the air . . . the airstrikes, Chairman.” Then he hastily added, “And with regard to where that particular intelligence came from, and so forth, I’d be happy to have someone come up and tell you in a classified manner.”

“I repeat: We knew those fuel trucks were moving back and forth, we saw them … and the decision was not made in the White House to attack them or not. You can’t tell me they were moving all that stuff back and forth for over a year, and we didn’t know about it. I mean, it’s just not possible given our [technological] capabilities — but I’ll be glad to hear additional information.”

Considering the enormity of the United States’ military budget — which is larger than at least the next six nations, combined — McCain’s skepticism is warranted.

“I was told directly, in Iraq,” McCain stated, “that we didn’t attack [the oil convoys] because the decision had not been made to attack them, and they didn’t want to harm anybody.”

If what McCain said is true — the U.S. didn’t want to harm people who are ostensibly enemy workers supplying an enemy with the fuel it needs to fight the U.S. — there is certainly room to question the actual U.S. military objectives in regard to ISIL.