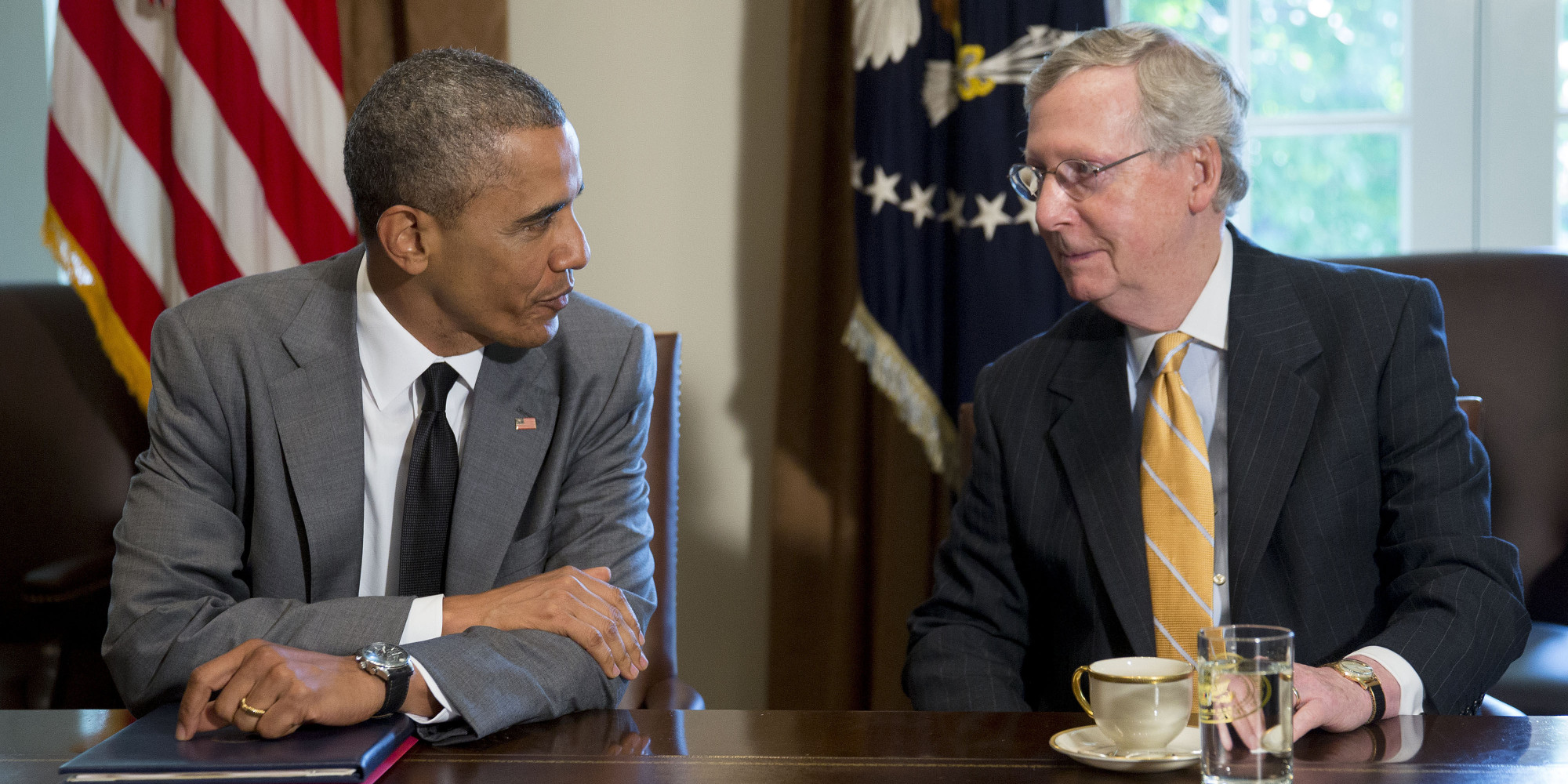 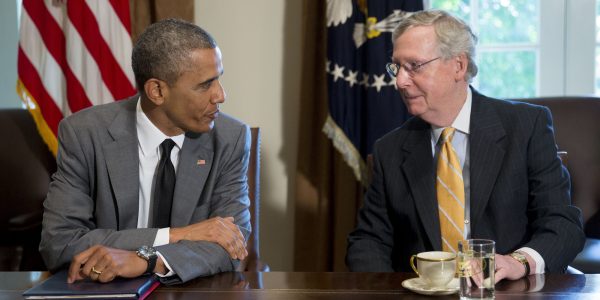 It’s about to get real friends! In a stunning move at the end of January, Senate Majority Leader Mitch McConnell pushed through a bill that claims to “authorize the use of United States Armed Forces [AUMF] against the Islamic State of Iraq and the Levant and its associated forces.” The problem is that the bill is not only unconstitutional (not a declaration of war), but is also open-ended, not restricting where those forces can be used. As usual, they are covering what they are doing by advancing the idea that it is an effort to defeat Islamic terrorists.

According to the bill, the Congress “Authorizes the President to use all necessary and appropriate force to defend U.S. national security against the threat posed by the Islamic State of Iraq and the Levant (ISIL), its associated forces, organizations, and persons, and any successor organizations.”

It also says that the Executive is to report to Congress at least every 60 days on matters relevant to this joint resolution.

Sarah Mimms reported on January 21 at Defense One:

After months of worrying that such a resolution—known as an authorization for the use of military force—would tie the next president’s hands, McConnell’s move to fast-track the measure surprised even his top deputy, Senate Majority Whip John Cornyn, who was unaware that McConnell had set up the authorization.

“He did?” Cornyn asked National Journal on Thursday morning.

The AUMF put forward by McConnell would not restrict the president’s use of ground troops, nor have any limits related to time or geography. Nor would it touch on the issue of what to do with the 2001AUMF, which the Obama administration has used to attack ISIS despite that authorization’s instructions to use force against those who planned the 9/11 terrorist attacks. By contrast, the legal authority put forward by the administration last February wouldn’t authorize “enduring offensive ground combat operations” and would have ended three years after enactment, unless reauthorized.

The problem is that it’s open ended and that the reality of what Senator Lindsey Graham, who I’m ashamed to say is a senator from my state, is that even America is now the potential battleground, with citizens who can be targeted under the War Powers Resolution without due process of law.

Don’t get me wrong, I have absolutely no affection for Islam, the Islamic State or any part of that antichrist, anti-American system. However, this appears to me to be an undermining of the Constitution in order to put more power in the Executive Branch by using the threat of terrorism.

The Constitution has a remedy and that remedy is the militia. We are the ones to deal with that on our soil. The Constitution also provides for authority to be invested in Congress to declare war, not write resolution that allows for the executive to do whatever he wants with a military apart from that declaration.

Don Stewart, McConnell’s spokesman, said Thursday in an email to Defense One that the new AUMF, “is not the one the [p]resident asked for” and “not one that would tie the [p]resident’s hands.”

Several senators claimed they were shocked that McConnell wanted to fast-track authorization.

Senator Jeff Flake had advanced a limited AUMF indicated the move by McConnell was more political.

“We need to pass one—we don’t need to just make a political statement,” he said.

Senate Foreign Relations Chairman Bob Corker said, “I’m in the same place that I’ve been—and that is I believe the administration has the authority to do what they’re doing,” he added. “They believe they have the authority to do what they’re doing. If a consensus develops and I believe that something constructive relative to us dealing with ISIS might come out of it then certainly I’d be glad to consider it.”

What kind of talk is that? If the criminal administration believes they have the authority to do what they are doing, then it’s ok? Isn’t that the same nonsense we heard from former Defense Secretary Leon Panetta when he was questioned about our involvement in toppling Qaddafi in Libya? He didn’t point to the Constitution. He pointed to an international consensus and claimed authority!

“If our Democratic friends don’t want to give this president and other presidents the ability to go after ISIS without limitation to geography, time and means—be on the record,” he added.

I’ll be on the record Lindsey. This is ridiculous. You are attempting to engage in warfare against an ideology, against an army of ideologues you can’t even identify correctly. You are in bed with Islamic terrorists and have been a full supporter of arming, training and funding these enemies of America, and now America should trust your judgment about empowering Obama, or any other president, in this limitless manner? And don’t say you haven’t because you and Senator John McCain have been caught red handed doing it! What in the world have you been smoking?

Kit Daniels at Infowars also referenced that the timing of McConnell’s introduction of this bill is suspect as it occurred on “on a Friday as an unprecedented blizzard slams the northeast U.S., including Washington, D.C.”

In other words, McConnell figured it wouldn’t get in the news cycle because of the weekend and the weather, and for the most part he was right.

This bill is currently in committee, but according to Govtrack, it has a 42% chance of being enacted or passed. My fellow Americans, the 42% chance is more than it should have.