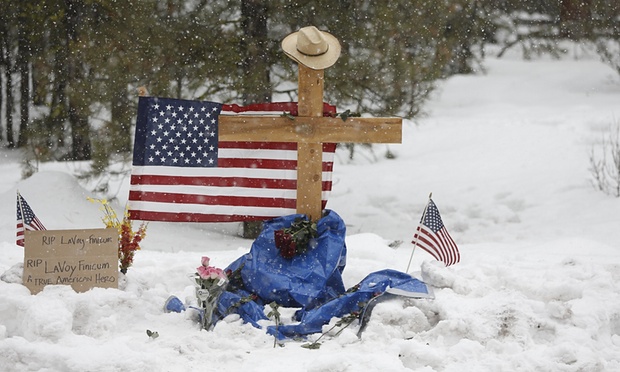 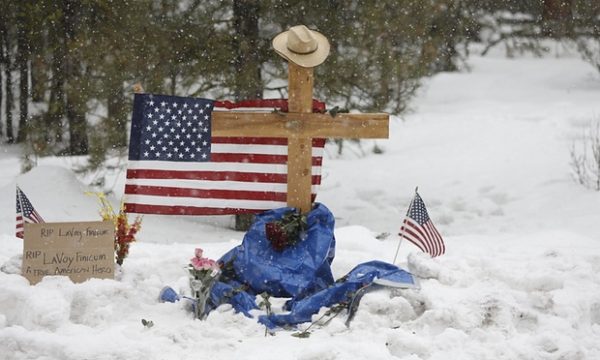 KANAB, Utah. (INTELLIHUB) — As over a thousand patriots and American citizens prepared to attend the funeral of rancher Robert “LaVoy” Finicum, the Utah Statewide Information & Analysis Center (SIAC), a homeland security sponsored fusion center, was collecting intelligence on possible attendees as well as hysterically warning local law enforcement of the supposed threat posed by patriots, including women and children, paying their respects to a man killed by the government.

The unclassified SIAC report, originally released by Infowars, warns law enforcement to be on the lookout for scary “caravans” of American citizens (extremists) traveling through the state to attend LaVoy’s funeral. To increase the fear of local officers, the fusion center report also claimed that some of those who were set to attend Finicum’s funeral had been seen in or near the Burns, Oregon wildlife refuge occupation.

“While no credible threats to law enforcement are present at this time, armed extremists are expected to travel through UT; some of which may see this event as a tipping point, and potentially shift toward more violent action,” warned the report. Remember, in reality, literally no one attending Finicum’s funeral had planned anything violent and, of course, nothing of the sort actually happened.

“Caravans of individuals traveling to the funeral services may be comprised of one or more armed extremists. Law enforcement should remain vigilant and aware that confrontation with these potentially volatile persons, may include more than one individual. These individuals may adhere to a sovereign citizen ideology, and may not recognize law enforcement as a legitimate authority,” it continued.

And in case you were assuming that the feds were maybe just worried about the few dozen (or less) people who went further than simply protesting the tyranny inflicted on the Hammonds (by actually occupying the wildlife refuge), you are mistaken because the fusion center warning specifically targets anyone who might have a Gadsden flag, an Oathkeepers patch, or even those who shared a meme protesting the shooting death of Finicum.

One has to ask themselves, are the police that are reading this kind of garbage from fusion centers across the country going to assume a completely law abiding citizen with a Gadsden flag in their car window is an anti-government terrorist and then treat them accordingly?

Another important note is that reports such as the one above are written in a transparent attempt at ostracizing dissent of an obviously out of control government, making it seem as if only crazed domestic terrorists would support the motto, “Don’t Tread On Me” or want to stand up to the full-scale takeover of lands by the federal government.

And besides, who are the real terrorists? If a recently released Intellihub report is any indication, the federal government is literally employing armed paramilitary forces to terrorize local communities.

“The Last Ride Of A Patriotic Cowboy”

As Intellihub detailed, the actual reality surrounding the funeral of patriot rancher LaVoy Finicum was one of heartfelt loss, with a tremendous amount of support shown for Finicum and his family by the thousand people who attended and the hundreds of thousands who watched videos and sent their condolences online.

Mourners and patriots from across the country came in pickups flying American flags as well as on horseback to honor a man who truly was a real American cowboy.

The open casket funeral included the fitting words “One Cowboy’s Stand for Freedom” on the inside of the lid, with an American flag sprawled across the chest of the man killed by authorities under circumstances that almost conclusively point to murder.