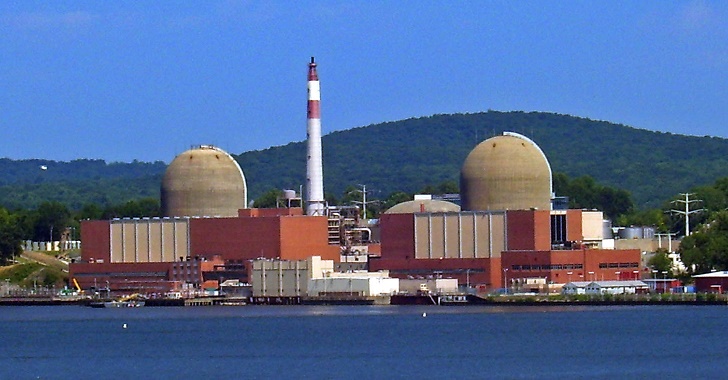 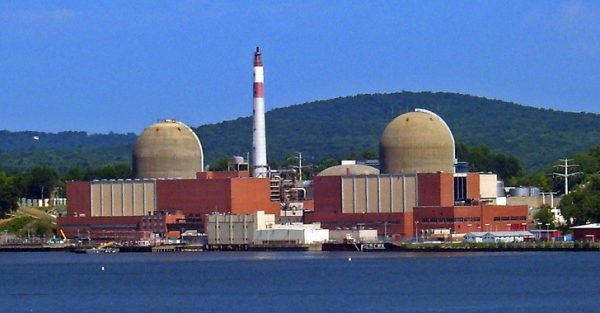 Buchanan, NY — Indian Point Energy Center, which sits roughly 30 miles from the heart of Manhattan in New York City, has been plagued with safety breaches and leaks, and has even been the subject of a deliberate cover-up since it began operations in the 1970s. A statement from New York Governor Andrew Cuomo on Saturday revealing “radioactive tritium-contaminated water leaked into groundwater” near the nuclear facility is hardly a surprise — though no less indicative that it may be time to shut down the aging plant.

Entergy, which operates the reactors known as Indian Point 2 and 3 at the Buchanan, New York, facility — Indian Point 1 ceased operations in 1974 after failing to meet expectations — claimed there was no immediate threat to public health because the contamination had not migrated off-site. Cuomo, however, wasn’t convinced. He ordered Department of Environmental Conservation Acting Commissioner Basil Seggos and Department of Health Commissioner Howard Zucker to work with the Nuclear Regulatory Commission and employ all necessary measures to conduct a thorough investigation and impact assessment to the environment — and of possible threats to public safety.

This latest leak simply adds to a list of many issues over the years — in 1979, alone, there were 14 “incidents” at Indian Point 2, and nine at Indian Point 3. But even cursory research reveals numerous leaks at the plant, including a “serious” 100,000 gallon leak in 1980, an 8,000 gallon leak in 1981, and a leak of an unspecified amount in 1995. Tritium-and nickel-63-tainted water leached into the groundwater supply in 2006. In 1982, Indian Point was the target of the first hearing in history by the Nuclear Regulatory Commission (NRC) to determine whether a nuclear plant should simply be closed down due to its safety record.

Obviously, the determination left the nuclear facility online, but residents in the area and a number of scientists have been convinced for decades that a major accident by human error, or natural causes, is a matter of when, not if. And from the day the plant went online to near future plans concerning the Algonquin Pipeline Project, Indian Point has always tempted fate.

Built in 1962, Indian Point 1 was the first nuclear plant designated for civilian use. It sits on the bank of the Hudson River, in an area called the Ramapo Fault Zone. Though the fault isn’t as infamous and well-known as the San Andreas, it still presents serious risks for the aging and mismanaged nuclear plant.

“A study by a group of prominent seismologists suggests that a pattern of active but subtle faults makes the risk of earthquakes to the New York City area substantially greater than formerly believed,” stated Columbia University’s Earth Institute in 2008. “Among other things, they say the controversial Indian Point nuclear power plants, 24 miles north of the city, sit astride the previously unidentified intersection of two active seismic zones.”

As Leonardo Seeber, coauthor of the study published in the Bulletin of Seismological Society of America, explained of a major quake near the plant, “The probability is not zero, and the damage could be great. It could be like something out of a Greek myth.” Lead author Lynn R. Sykes explained that geologic features, such as a sudden bend in the Hudson River which was previously unexplained, are in actuality indicative of the layout of the complex of faults in the area. According to the study:

“Indian Point is situated at the intersection of the two most striking linear features marking the seismicity and also in the midst of a large population that is at risk in case of an accident. This is clearly one of the least favorable sites in our study area from an earthquake hazard and risk perspective.”

While Entergy, which owns the facility, is presently attempting to re-license Indian Point 2 and 3, according to the Earth Institute, the New York Attorney General alerted an NRC panel in 2008 that “New data developed in the last 20 years disclose a substantially higher likelihood of significant earthquake activity in the vicinity of [Indian Point] that could exceed the earthquake design for the facility.” Entergy had not presented “new data on earthquakes past 1979.”

In 2011, the NRC rated nuclear plants across the country for their potential for core reactor damage, based on seismic risk. As MSNBC reported, Indian Point 3 topped the list, and its risk potential had increased 72 percent over previous rankings:

“The chance of an earthquake causing core damage at Indian Point 3 is estimated at 1 in 10,000 each year. Under NRC guidelines, that’s right on the verge of requiring ‘immediate concern requiring adequate protection’ of the public … The odds take into consideration two main factors: the chance for serious quake, and the strength of design of the plant.”

Victor Gilinsky, an energy consultant and former member of the NRC, penned an op-ed in the New York Times in December 2011 titled, “Indian Point: The Next Fukushima?” in which he stated, “A severe accident at Indian Point, whose two reactors [that remain in operation] opened in 1974 and 1976, is a remote but real possibility. We’ve had two severe accidents with large releases of radioactivity in the past. The Chernobyl accident was dismissed by Western countries on the grounds that it was the product of Soviet sloppiness and ‘couldn’t happen here.’ But the Fukushima accident involved reactors built to American designs.

“The essential characteristic of this technology is that the reactor’s uranium fuel — about 100 tons in a typical plant — melts quickly without cooling water. The containment structures surrounding the reactors — even the formidable-looking domes at Indian Point — were not designed to hold melted fuel because safety regulators 40 years ago considered a meltdown impossible.

“They were wrong, and now we know that radioactive material in the melted fuel can escape and contaminate a very large area for decades or more. It doesn’t make sense to allow such a threat to persist a half-hour’s drive from our nation’s largest city.”

Even if earthquake risk weren’t enough to make continuing operations at Indian Point sufficiently questionable, the Algonquin Incremental Market (AIM) Project to install a high-pressure gas pipeline extension — running through the facility’s property — should be. Despite challenges to halt or redirect the project, which, according to Law360 was originally approved by both the NRC and Federal Energy Regulatory Commission on January 28, 2016, the project received the green light. Though the details and controversy about the AIM extension are too lengthy to cover here, one brief description reported by Truthout in April 2015 explained the basics:

“Paul Blanch is a professional engineer with nearly five decades of experience in nuclear safety, engineering operations and federal regulatory requirements. He has security clearance for his work, and is a nuclear industry proponent. He has worked with the Nuclear Regulatory Commission since its inception and with utility corporations across the United States, including Entergy.” In other words, as the Pontiac Tribune previously reported, Blanch is by all accounts an industry insider.

Blanch told Truthout, “I’ve had over 45 years of nuclear experience and [experience in] safety issues. I have never seen [a situation] that essentially puts 20 million residents at risk, plus the entire economics of the United States by making a large area surrounding Indian Point uninhabitable for generations. I’m not an alarmist and haven’t been known as an alarmist, but the possibility of [this] gas line interacting with [this] plant could easily cause a Fukushima type of release.”

Senators Charles Schumer and Kirsten Gillibrand have been actively critical of the AIM Pipeline extension through Indian Point property — for which a full-risk analysis has never been completed. Governor Cuomo is staunchly opposed to Entergy’s requests to the NRC to extend the two reactor’s operating licenses for an additional 20 years. So far, they’ve all run into brick walls.

Perhaps Cuomo’s call for an investigation over this latest radioactive leak from Indian Point Energy Center into the groundwater might produce results; but if past opposition can be an indicator, it’s not likely.

In the meantime, the safety of tens of millions of residents in and around the New York City metropolis remains in the hands — and at the whim — of an industry intent on pushing forward, no matter the potential costs.