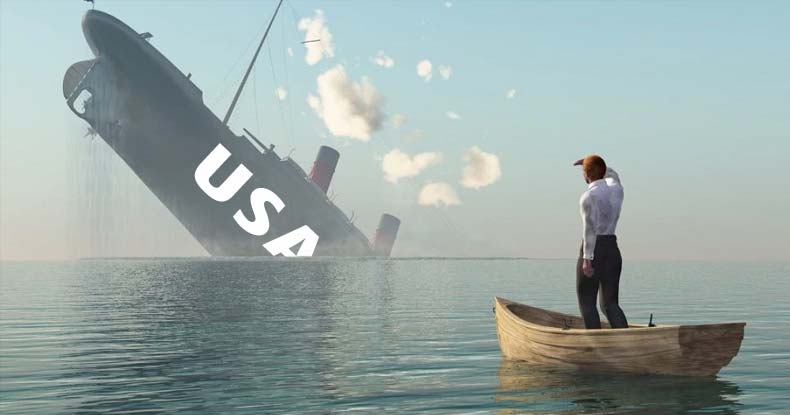 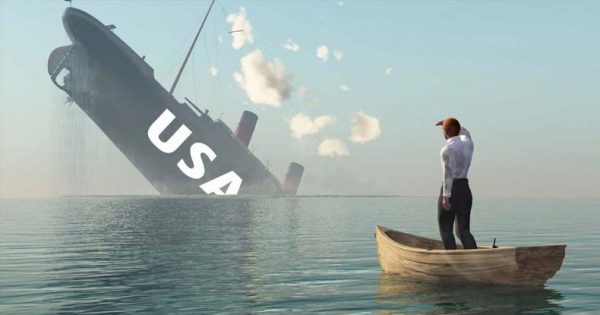 As Donald Trump and his ilk boast building a giant wall to keep immigrants out of the United States, more Americans than ever before are fleeing.

According to the latest government data, the number of American citizens turning their backs on the United States has skyrocketed in the last decade, breaking records each year.

Since 2008, the number of Americans renouncing their citizenship has increased 18 fold, making 2015 the third record-breaking year in a row.

As the US government continues to spread war across the globe and pass legislation granting tax breaks to mega-corporations while squeezing small businesses for every last dime, people are saying ‘enough is enough.’

According to CNNMoney, unlike most other countries, the U.S. taxes its citizens on all income, no matter where it’s earned or where they live. For Americans living abroad, that results in a mountain of paperwork so complex that they are often forced to seek professional help, forking out high fees for accountants and lawyers.

This excessive burden of handing over 30-40% of one’s income is unsustainable, and we are now seeing its effect.

However, those who are renouncing their citizenship do so because they can afford to flee to another country. As they leave, the tax burden will continue to be passed on to the middle class as the state attempts to squeeze more blood from a turnip.

The irony here is that those who are fleeing are not the super rich elite as they could care less about the tax laws — that they wrote. Just last week, the Free Thought Project reported on the newly established tax haven for the super-rich — located inside the US.

The words of Andrew Penney, managing director of Rothschild & Co., are extremely clear to the elite, who need not flee; the U.S. is now the world’s biggest tax haven. In a draft for a presentation in San Francisco, Penny wrote that the U.S. “is effectively the biggest tax haven in the world.”

In the meantime, that same skewed tax code is forcing small business owners out of the country just so they can make ends meet.

Small business owners and the upper middle class aren’t the only ones fleeing at record rates either. According to a report by the Pew Research Center, more Mexican immigrants are leaving the United States than are coming into the country.

This negative shift in border flow is happening for the first time in over four decades. It seems the Land of the Free, is quickly becoming the land to escape from.

If history is any indicator, the American empire will continue to expand and as a result so will domestic tyranny and taxation. This mass exodus of people out of the US is the canary in the coal mine for what’s to come.