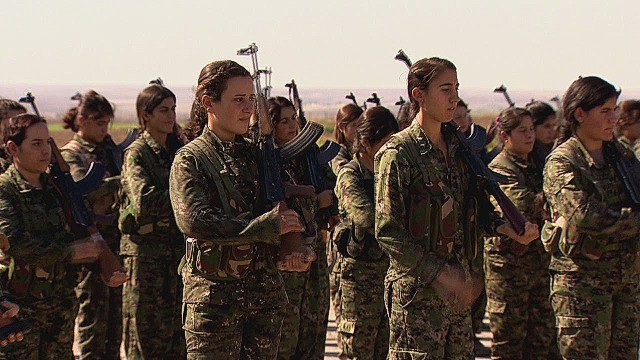 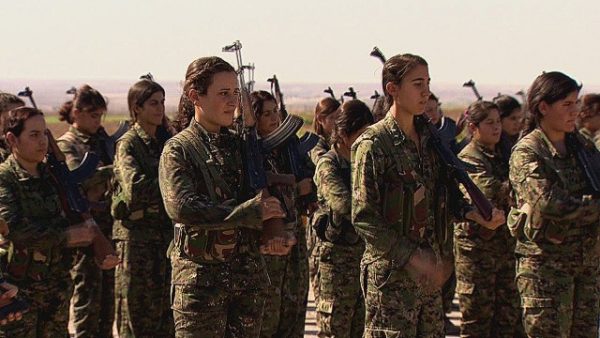 Some 2,000 Yazidi women who were captured in the brutal August 2014 attack on their mountain stronghold have escaped and have taken up arms against their former tormentors. Driven by the fresh memories of unspeakable atrocities and the survival of their people, hundreds have signed up to fight the black-clad terrorist army.

They call themselves the “Force of the Sun Ladies,” a name that reflects the culture’s solar reverence. Monotheistic and embracing elements of several religions, Yazidi once numbered 650,000 in Iraq, nearly all on the northern Nineveh Plain. ISIS’ genocidal campaign to “purify” Iraq of non-Muslims led to the slaughter of thousands and displaced at least 200,000.

Of the number of Yazidi women who have been trained and are fighting alongside their male counterparts, Khider is one of 123. Their ages range from 17 to 37, and there are at least another 500 awaiting their training.

As we have reported in the past, not only have Yazidi women been subjected to such horrific conditions under the Islamic State, to the point where they make phone calls crying to bomb them to put them out of their misery, but we have also reported on Christian veterans who have left the States in order to help the Peshmerga and the women they rescue.

Khider also told FOX News about some of the reports we’ve carried here about women throwing their babies off the tops of mountains and jumping themselves in order to bring a swift end to their lives, rather than either die a brutal death or be made sex slaves by the Islamic animals of the region, according to Islamic jihad.

“Women were throwing their children from the mountains and then jumping themselves because it was a faster way to die,” Khider said. “Our hands were all tied. We couldn’t do anything about it.

“Whenever a war wages, our women end up as the victims,” she added.

“Our elite force is a model for other women in the region,” she said. “We want to thank all the other countries who help us in this difficult time, we want everyone to take up weapons and know how to protect themselves from the evil.”

While I am certainly not in favor of our own corrupt government advancing the issue of putting women in combat and attempting to force women to be drafted into military (nor men for that matter), I certainly commend these women for wanting to fight to stave off the attack of these aggressors against them and their families.