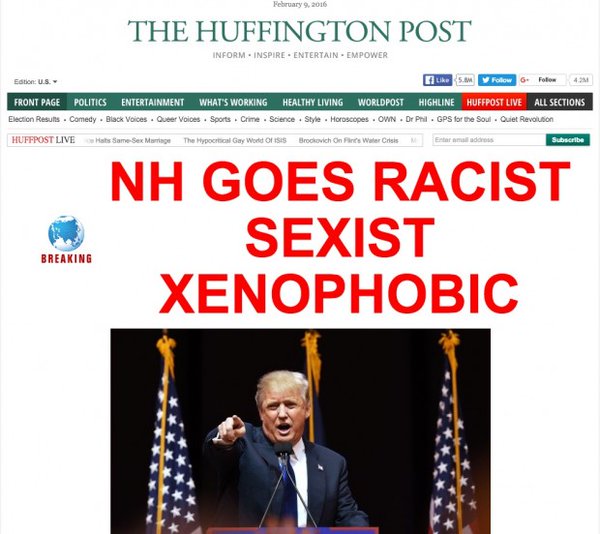 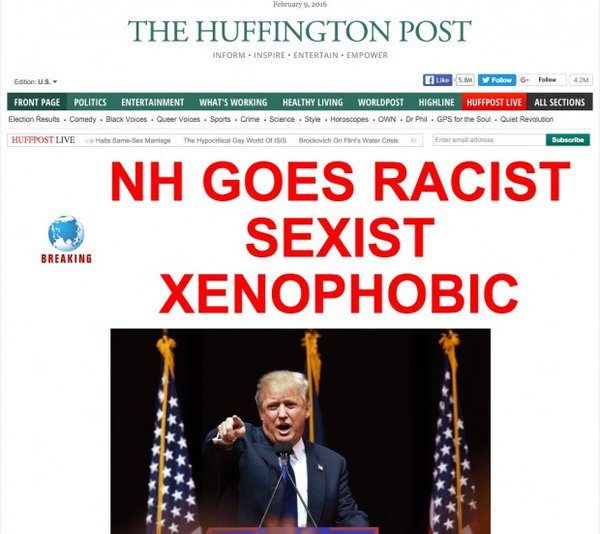 The leftist media reacted with vitriol to Donald Trump’s crushing victory in New Hampshire – stooping to a new low by labeling his supporters racist, sexist zombies.

This was just the latest salvo in the publication’s long running feud with Trump. It had previously relegated news stories about him to the ‘entertainment’ section, before Trump’s frontrunner status forced an embarrassing reversal of that policy.

Last month, the Huffington Post took the unprecedented step of adding a note to the bottom of every article about Trump which described him as a “liar,” a “racist,” and a “xenophobe.”

However, not to be outdone, the New York Daily News reacted to Trump’s win by portraying the business mogul as a clown next to the headline, ‘Dawn of the Brain Dead’.

“Clown comes back to life with NH win as Mindless dummies come out in droves,” read the subheadline.

Given such over the top treatment of Trump, one wonders how the leftist media will respond if he actually wins the Republican nomination, never mind the presidency itself.