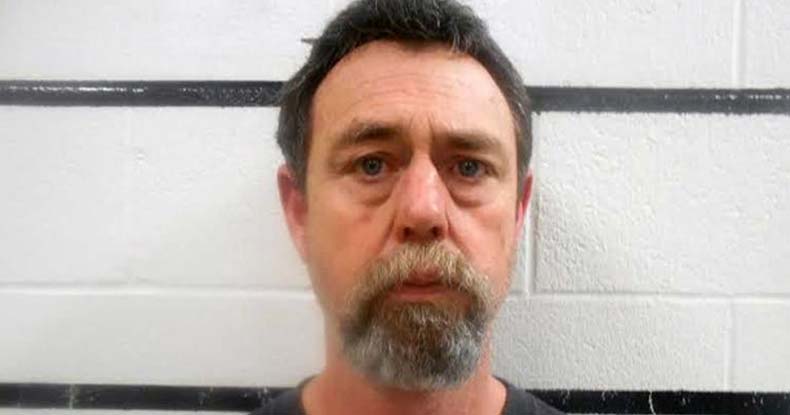 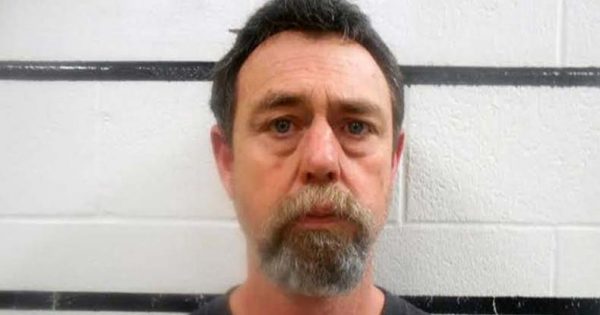 When the girl’s father objected to the manner in which his child was being treated while being questioned by the court, Judge Sheets threw him in jail for a year.

According to a report by Photography is Not A Crime:

Pittsburg County Special District Judge Matthew Sheets dismissed the felony child sex charges against Martin Stites because the girl, now four, was unable to describe in detail how she was molested.

Stites, 57, spent 22 years with the McAlester Police Department before he retired as a lieutenant in 2011. In 2015, he was watching the girl on behalf of the mother.

Because a 4-year-old child was uncomfortable and timid in answering questions about her sexual molestation in open court, with the person accused of sexually assaulting her sitting right in front of her, the judge took it upon himself to dispense with the possibility of allowing the victim to find justice through the legal system.

According to the McAlester News-Capital:

Authorities at the time said a forensic analysis of the child indicated she’d been sexually assaulted. Authorities also said there was evidence to indicate the victim’s clothing was burned after the fact.

It was during the victim’s testimony when things quickly turned ugly. Burns asked the victim if she could identify her assailant in the courtroom. The victim gave an answer, but the answer was not completely audible. Burns said she thought the victim said something along the lines of “I don’t know,” but the victim’s father wanted to point out she had said “I don’t want to look at him.”

When the victim’s father attempted to correct the judge’s misinterpretation of what the child had said, he was removed from the courtroom. While exiting the courtroom the dad allegedly pushed the door open loudly and used profanity, prompting Judge Sheets to have him arrested.

The McAlester News-Capital went on to report:

After a short break, the father reappeared in the courtroom with handcuffs on as he was escorted by a deputy. Sheets asked him what he said while exiting the courtroom and the father confirmed he used foul language. Sheets sentenced the man to six months in the Pittsburg County Justice Center.

The father then tuned to Stites and used several cuss words to voice his displeasure with him. Sheets then used his gavel to restore order and sentenced the man to an additional six months in the county jail, citing a second violation.

After the father was taken away from the courtroom, the preliminary hearing started again. The child offered testimony, using a nickname for Stites, indicating the individual had touched her with his hand on her private areas. However, many of the questions asked by Burns to the 4-year-old were met with a “I don’t know” response and her telling officials she did not want to answer some of the questions.

After dismissing the three felony sexual assault charges against Stites, Judge Sheets ordered him to stand trial on a new charge of lewd molestation, apparently based on information given in her testimony that was not previously known.

However convoluted Sheets’ rulings may have been, it’s clear is that in May 2015 the girl was taken to a local hospital by a Pittsburgh County Sheriff’s investigator, where it was determined by a nurse that the 3-year-old had been sexually assaulted. When another deputy went to Stites’ residence to collect the child’s clothing, they discovered that the accused had burned the diapers the girl had been wearing.

It seems extremely odd, or intentional, that neither of the Pittsburgh County Sheriff’s investigators nor the nurse from the hospital were called to testify, in essence leaving a 4-year-old abuse victim’s testimony on the stand as the sole source on which the judge ultimately base his decision.

Who made the decision not to call the nurse or the investigator; and for what reason?

The forcing of a small child of 4-years-old to testify in open court about a traumatic incident that happened when she was 3 is morally reprehensible. To dismiss the three felony charges, due to the child’s lack of ability to testify is a complete injustice and degrades the remaining fabric of legitimacy the justice system claims to hold.

Judge Sheets’ actions show more interest in asserting control and power over those in his court, than for actually providing a modicum of justice for a small child allegedly abused at the hands of a former police officer.