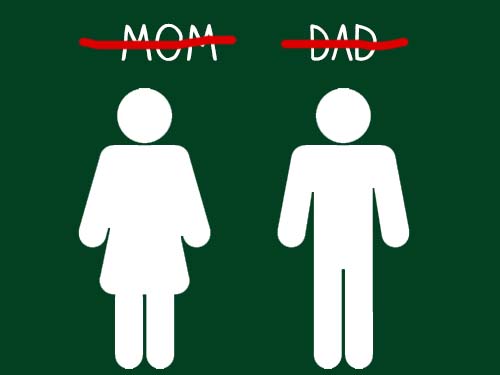 Word by word, the language is being picked apart by the politically correct police on the most ridiculous grounds possible. Pretty soon we aren’t going to be able to use very many words anymore… not unless we want to (GASP!) offend someone.

In a world where governments are blowing up children with drones and calling them collateral damage in phony terror wars on a daily basis, social engineering has turned average people into walking arguments that the film Idiocracy was actually a documentary, busily wasting their time fretting over how offensive otherwise innocuous words are.

Well, not anymore in one Florida college classroom where a professor has decided that language is offensive because it isn’t “inclusive” enough.

Via the Daily Caller:

In the syllabus for her “Creativity In Context” class — a required course for any student pursuing a minor in Innovation — UF professor Jennifer Lee informs students of her four paragraph long classroom “communications policy” that she says will enforce “ethical conduct” in the classroom.

“The following policies and guidelines will be followed in this course,” the policy begins, followed by a bullet point instructing students to “Use inclusive language.” The policy mandates that students “[s]peak in a way that does not make assumptions about others based on “norms”, stereotypes, or one’s own identity or experience.”

The syllabus explains that this means replacing the words “boyfriend”/”girlfriend” with the more inclusive “partner” or “significant other.” The rule applies to conversations about married couples too: saying “husband” or “wife” is forbidden. Even the words “mom” and “dad” have a more “inclusive” alternative — students are told to use the word ‘family” instead.

So there is no such thing as a “mom” or a “dad” or a “husband” or a “wife” in that er, classroom. Sounds like a good place for a mime to hang out…

By using the new words, Lee explains, students will be using speech that “is inclusive of alternative orientations and family structures, and free of stereotypes.”

Find one person walking around on this planet who didn’t have a mother and a father, if even only at the moment they were born? They got here somehow…

Pretty soon the only way to be “free of stereotypes” will be to not speak at all. Then they’ll have to move on to weeding out the offensive facial expressions. Take this all the way out and we end up in one of those dystopic futures like in the film The Giver where everyone is medically forced into having no  emotions at all because emotions are just too “dangerous” and “offensive”.