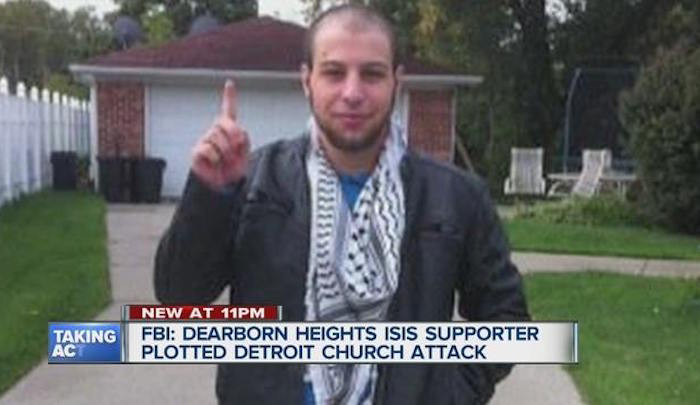 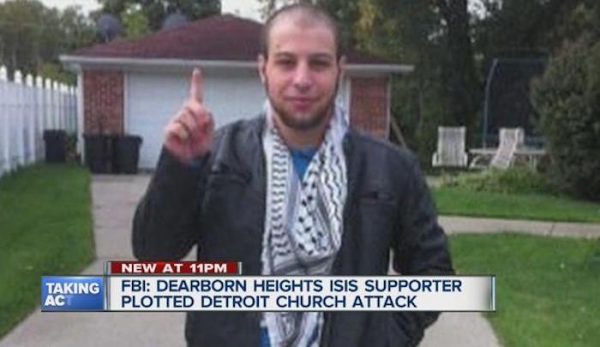 A Muslim man from Detroit, Michigan finds himself in quite a legal pickle after becoming radicalized and converting into a disciple of ISIS.

Khalil Abu-Rayyan was arrested this past October on gun and drug charges, but authorities have recently accused him of terrorism as well. While he has not officially been charged yet, the government believes that Abu-Rayyan has been working towards carrying out an ISIS inspired attack on the United States. The FBI has been monitoring Abu-Rayyan since May of 2015, and they’ve watched as he has made threats against the nation and interacted with ISIS propaganda online.

The authorities released the details of their accusations in a sworn affidavit.

While on social media he told an undercover agent that he ‘tried to shoot up a church one day. I don’t know the name of it but it’s close to my job.

‘One of the biggest ones in Detroit. I had it planned out. I brought a bunch of bullets. I practiced a lot with it.

‘I practiced reloading and unloading, but my dad searched my car one day and he found everything. He found the gun and the bullets and the mask I was going to wear.’

He never shared which church he planned on allegedly attacking, however, investigators did identify a possible target less than a half mile away from where he worked, WJBK reported.

When investigators asked Abu-Rayyan why he allegedly wanted to target a church, he said: ‘It’s easy, and a lot of people go there, plus people are not allowed to carry guns in church.

‘Plus it would make the news. Everybody would have heard. Honestly, I regret not doing it. If I can’t go do jihad at the Middle East I would do a jihad over here.’

Abu-Rayyan had been preparing for quite some time and had even purchased an AK-47 because he’d seen pictures of ISIS terrorists carrying them. He also kept a sword in his car because he had a fantasy of beheading someone, “It is my dream to behead someone,” he told investigators. The Muslim Michigander even spoke of killing the police officer who originally arrested him after hearing that the cop had had a heart attack and was in the hospital. Abu-Rayyan said that he wanted to do a “martyrdom operation” and attack the hospital in an effort to kill the recovering police officer.

Thankfully the authorities have ferreted out this terrorist sympathizer, and he’ll now face hard times for the crimes he was planning. However, it should serve as a warning to every American that this is the insidious enemy that we are fighting. The authorities have no idea when or how Abu-Rayyan became radicalized; indeed, he’s mostly just an inept pot-head with delusions of grandeur. And yet… he had the chance (and almost got away with it) to wreak incredible havoc in his Detroit community. This should be a wake up call for us all.

Article reposted with permission from Eagle Rising. The opinions and views shared do not necessarily reflect the views of Freedom Outpost.