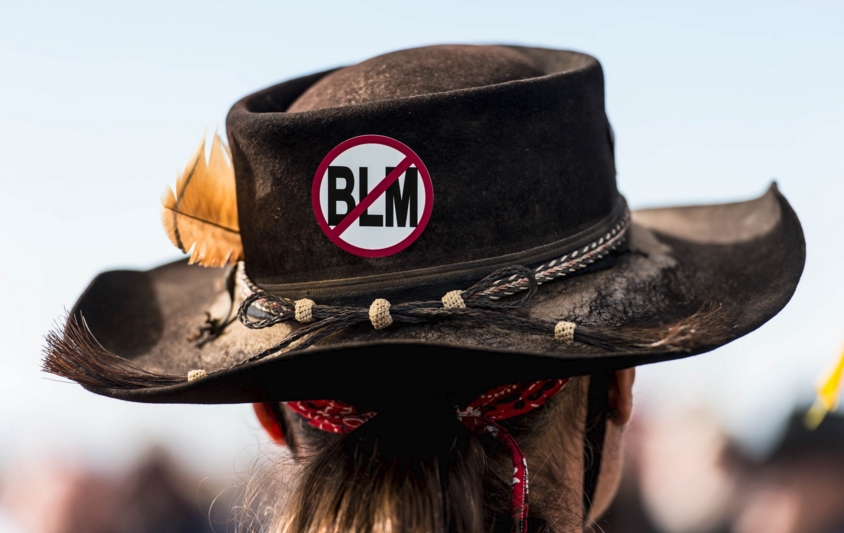 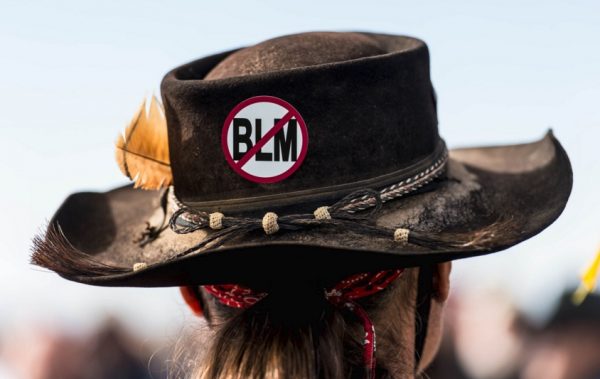 The Bureau of Land Management have been acting tyrannically for decades. As an unconstitutional agency, we have seen them in recent years not only violating the Constitution and the rights of the people, but we’ve also seen them take an armed violent stand against ranchers, both in Nevada and Oregon. All of it is unlawful. I want to share story that I ran across, concerning two BLM employees and a miner in Idaho from 2012, while doing some research on the BLM. In a confrontation with the BLM, the Idaho miner asked, “You are telling me that you supersede the Constitution of the united States?” The BLM employee smugly replied, “Yes, I do.”

Nicole Crossman, one of the founders of the South West Idaho Mining Association, and her husband John, along with some others were at the family’s camp on July 11th, 2012 when they were approached by two BLM employees, who were identified as Ann Marie Sharkey and Jeff Weiss.

Video evidence, which has now been removed and another video made private, shows what seems to be a friendly encounter between the employees and the Crossmans. However, once Sharkey spotted mining incident tools, she demanded that Mrs. Crossman produce identification. The text of the conversation comes from Mrs. Crossman.

Crossman did not comply, but rather asked Sharkey what he law enforcement status was. Sharkey claimed to be a federal BLM agent, but when asked to get her supervisor out to where they were, Sharkey called the Sheriff’s Department on her radio and claimed that she owned the Crossman’s claim by way of the Federal Land Policy and Management Act (FLPMA), which is an unconstitutional act.

Mrs. Crossman then informed Sharkey that she was now trespassing on a federal mining claim to which the agent demanded to see her mining corner posts, signs and notices.

“You are more than welcome to go and find them if you are so concerned of that, but the notice of location is located in that tree over there,” Crossman replied.

The conversation then began to get even more heated.

“Ma’am, this is public land with a 14 day stay limit on it,” said Sharkey. “How much longer do you think you will be staying? The rest of the weekend?”

“I am not sure,” replied Crossman. “And this is actually public domain once I entered it to prospect. Especially because I have a claim here!”

Sharkey was having none of that. “This is public land,” she said.

“It was public land,” said Crossman. “It is now Public domain. Are you familiar with laws that have granted me to be entitled to this public domain?”

Sharkey snidely replied that she was familiar with the laws and when asked which ones, she said “The 1800 one.”

Then Sharkey made the absolutely ridiculous claim of ownership.

“I own and manage all of these minerals you are trying to mine for,” she said. “I need to identify who I am speaking with. ID?”

Crossman asked, “You are telling me that you supersede the Constitution of the united States?”

Crossman then educates Sharkey that she is aware of the law and of a BLM agent’s status.

“No, you are a surface management agency, and what we are doing is extracting minerals from a SUB-surface area,” she said.

When Sharkey threatened Crossman with arrest for not showing her ID, Crossman said, “You don’t have that authority, you are a code enforcement, not a law enforcement officer.”

“No,” Sharkey shot back. “I am a federal agent and I get my authority from the FLPMA.”

Even the Sheriff of the county would not stop what was going on and sent her to Ada County Jail.

The claim by the BLM agent and the Sheriff is that Mrs. Crossman was charged with obstruction, but they never said what she was obstructing.

John Crossman believes that what helped his wife was that she had her law binder that South West Idaho Mining Association (SWIMA) put together. Mrs. Crossman also happens to be a secretary for SWIMA.

As we have learned, no one is required to produce identification unless a crime has been committed or one is in the process of committing a crime. No crime was being committed and if Ms. Sharkey had actually known what was going on, she would have known Crossman had a lawful claim to the minerals on the land. She didn’t. Not only is she an unconstitutional agent in an unconstitutional agency, but she overstepped the bounds that even that requires!

One person in the American Mining Law Forum pointed to a 2011 Idaho Code which actually demonstrates the Ms. Sharkey is the one in violation of the law. On top of that, the penalty for Ms. Sharkey would be a fine not exceeding $5,000 and imprisonment in the county jail for no longer than one year.

One thing is for sure, this is exactly why counties need good, constitutional sheriffs to deal with these out of control, criminal and unconstitutional agents and the agencies for which they work.

Sadly, even after Crossman had done no wrong, she accepted a public defender, followed that person’s advice and pled guilty and was convicted by her own admission, according to a post dated November 28, 2014.

UPDATE: We spoke to John Crossman by phone following the publishing of this article. He told us that the quotes above and the full text of the confrontation, which was placed on the sites linked to in this article, are a matter of public record and were part of their court case. He also said that the charges of obstruction were dropped to a snow mobile infraction and they were fined $56. Crossman went on to explain that the cost of pursuing things further was more than they were able to bear and so that is why they took the deal.

I can understand that. It’s a shame that in the land of the free and home of the brave, a nation of laws, that justice has to cost so much money.