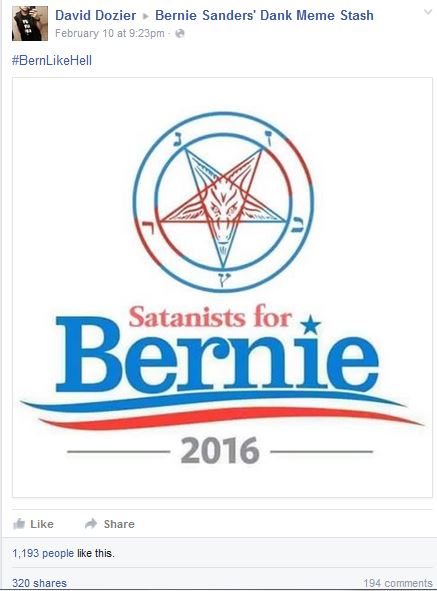 By their supporters, you will know them.

Hillary Clinton is endorsed by:

Adan Salazar reports for InfoWars that Bernie also has the support of another group, the Satanic Communist Party, which claims to have more than 2,000 members.

Honestly, I don’t understand why satanists aren’t bottoming for Hillary. None other than longtime Clinton friend and assassin Larry Nichols has said Hillary herself is a satanist.