The conservative consensus around Trump has solidified into, “He’s the devil” or “He’s our savior.” Either Trump is going to destroy the establishment and save us all. Or he’s secretly in league with Hillary Clinton to rig the election. There’s very little room for the middle ground here. 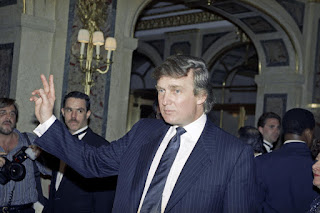 But Trump isn’t either of these things. He’s just Trump. And it’s important to understand who he is.  Instead of the narratives that the different sides are building around him.

Trump seems exotic in a Republican system dominated by D.C. insiders from northeastern suburbs and filled with southern and western candidates. But local politics in New York is filled with guys who have the same blend of liberal-conservative politics and talk and sound just like him.

Giuliani’s political career really began with him yelling, “He blames it on me! He blames it on you! Bulls__t” at a police rally. The cops then took over City Hall chanting, “No justice, no police.”

Christie’s national rise began with the release of videos in which he berated union members and humiliated questioners. Republicans fell in love, at least until the infamous Obama hug happened. And yet the establishment forgets that some of its key members were begging a guy who has the same personality, attitude and style as Trump to run for president before the last election.

Call it New York values, but some of what Trump’s critics object to is a New York-Jersey-Philly abrasive political style that puts a premium on “telling it like it is” at the expense of civility and sometimes substance. You can catch Bill O’Reilly doing the same thing on FOX News.

It’s disingenuous for the establishment to pretend that Trump is some sort of complete break from civility. It’s not. It’s just New York Values taken to their most obnoxious extreme. If the establishment thought that President Chris “Numbn__s” Christie had enough class, why not Trump?

But the trouble with the common sense tough guy style in urban politics is that it compensates for weakness elsewhere. Giuliani and Christie were very tough in one specific area. In Giuliani’s case that was crime and it was such a major issue for the city that some of his more liberal positions didn’t matter. In national politics, those positions did matter when Giuliani ran for president.

But the positions did matter even in local politics. Giuliani did a great job cleaning up the city, but he didn’t change the system. Today the city is once again wholly run by the left-wing machine. And if you don’t change the system, then all you’re doing is buying a little more time.

That’s arguably the only thing Republicans have really been doing anyway since FDR.

The other thing to understand about this style of politics is that it reactively taps into the frustrations that people have toward the system. It doesn’t offer a political insider critique of it, but a man on the street shout. Sometimes the people doing that understand the issues very well. They’re just pitching it at the level of the angry voter.

But what makes Trump so frustrating is that he actually seems to be reacting. No one really believes that Obama finds out about his scandals from the media. It’s plausible though that Trump arrives at his positions by watching FOX News or clicking through the Drudge Report and reacting to what he sees. If you listen to his explanation for his shift on Syrian migrants, that seems to be what happened. 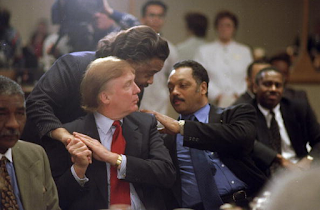 The power of the reactive style is that it channels the exact same reactions that people had when hearing about some of the more shocking implications and facts about Syrian migrants, and realizing that another position was not only possible, but made more sense.

The average Republican voter is not a policy expert. Like Trump, he’s often learning about some of these things for the first time. Trump is excellent at capturing that bar/barbershop angry reaction and it may even be completely authentic. His responses are much more relatable than that of the politician or the expert who already understands the issue. But reacting isn’t leadership. Leaders are supposed to understand the issue. And when you can’t know everything, you need to work from firm principles.

The trouble with Trump though is that he has no positions, only reactions. Beyond the outrage, his actual plans grow vague or backtrack. Obama loves calling his think tank leftist plans “common sense”. Trump’s plans actually are common sense, but they’re a common sense produced by some combination of FOX News, unknown websites and chats with some of his friends.

And they’re liable to change depending on whom he talks to and what he reads and watches.

What are Trump’s plans for health care? The details are vague. But they’re going to be whatever he thinks is a common sense solution. And the same thing is true all the way down the line.

But at the same time dismissing Trump’s political skills is foolish and wrong. Trump has managed to do what no Republican in fifteen years had accomplished.

There’s a simple fact that is key to understanding why Trump is winning. He’s the first Republican presidential candidate since Bush II to lay out a positive, specific and easy to understand plan for making things better. Cruz has plan for eliminating everything Obama did. Rubio has a vague plan for being really positive about America. Jeb Bush can barely articulate a message at all.

Bush II’s compassionate conservatism was a mess. But the point isn’t who is right. The point is what works. Ever since Obama’s victory, I have argued that Republicans desperately need a positive agenda that connects with working class Americans who are worried about the economy.

Whether or not Trump’s plan would work in real life is also not the point. The messaging is.

Trump is labeled as a destructive candidate, yet he’s the only one to have grasped the most basic principle of politics, which is that you have to tell people how you will improve their lives in a way that is easy for them to understand and remember. Trump has done that. His rivals haven’t.

Republican dysfunction and left-wing extremism made Trump’s candidacy happen. And that’s usually how Republicans get ahead in New York. Trump is doing nationally what successful Republican candidates do locally, bypass a broken New York party organization and make their own campaign happen. Giuliani did it. So did Bloomberg, despite having zero conservative credentials.

Overall, Trump becomes much easier to understand if you understand New York.

Tough talking socially liberal, fiscally conservative, sorta Republican candidates who operate outside the party bubble and push the rhetoric as hard as they can through the other side are the norm here. 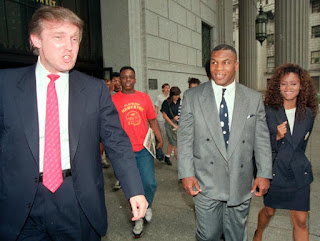 New York values recently became a controversy. Even though New Yorkers don’t like Trump (his
negative approval rating is in the seventies), he’s a perfect representative of a particular type that is independent, drifting between parties, that believes in strong leadership, abroad and at home, that wants more social services, but lower taxes, a strong military, but without the nation building, that has no strong religious attachments, but a certain sense of public decency, that sounds working class while running a successful business, and that gets his view of the world from the New York Post and the Daily News morning paper reads. There are contradictions and hypocrisies in that mix, but also a set of values, if not ideas. It’s a Democratic-Republican mix that may sometimes vote for Democrats, but that watches FOX News, because it’s the closest thing to a fit for its worldview.

The rise of Trump is not that baffling if you understand that dysfunction, national, movement and party, has consequences. And in this case, the consequence is that the 2016 election is being dominated by New York candidates and worldviews. New York Values are a difficult thing to describe and boil down. But it does seem as if New York Values will determine this election.

The D.C. establishment has been widely rejected in both parties. Disgust and hatred for the establishment has tainted the capital. Political power centers around cities. We may well be looking at a national election defined by three insurgent New York candidates, Trump, Sanders and Bloomberg.

New York has the money. It’s also a melting pot of ideas. Trump, Sanders and Bloomberg encompass the range of politics in the city, from the radical Socialist left to a man-on-the-street Republican reaction to the technocratic man of the middle ground who promises to split the difference. None of this has worked out too well for New York. Only time will tell how well it will work out for America.