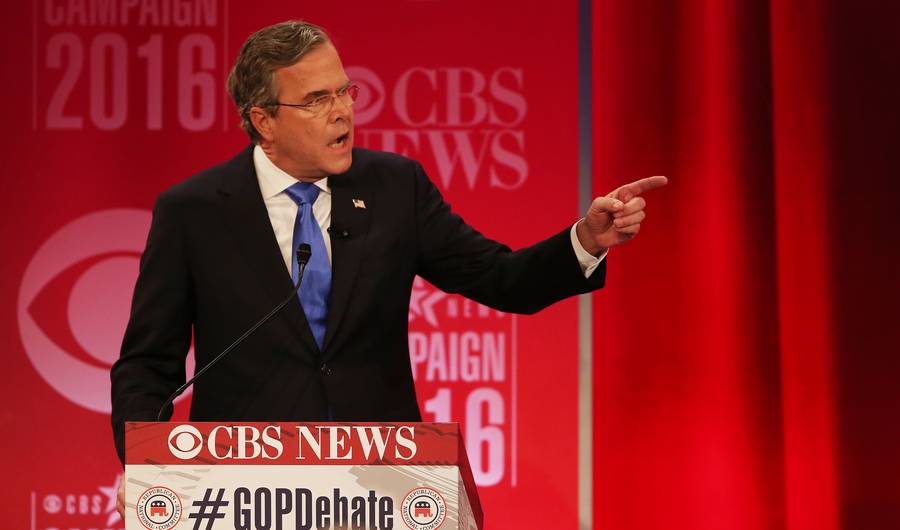 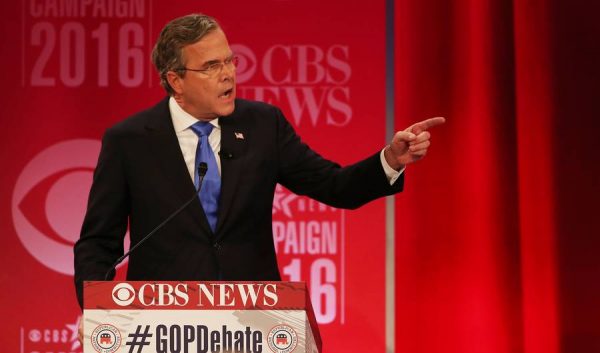 During the debate Trump called out Jeb for spending ‘$25 million’ on negative ads and also rationally pointed out how Jeb’s father, Herbert Walker Bush, got us into the war over in the Middle East, during his former presidency, for all the wrong reasons.

“Obviously the war in Iraq was a big fat mistake,” Trump told the crowd, “George Bush made a mistake. We can make mistakes, but that one was a beauty.”

“We should have never been in Iraq. We have destabilized the Middle East.”

Trump then went on to say:

Of course it appeared as if the crowd was filled with paid for Bush plants and special interests as Trumps comments garnered a hail of boos, despite the fact that a large portion of Americans know for a fact what Trump said was true.

During the confrontation Trump also pointed out Jeb’s ability to flip-flop on issues, including the “war in Iraq,” which took him “five days” to decide.

Shepard Ambellas is an activist, journalist, filmmaker, film producer, radio talk show host and the founder and editor-in-chief of Intellihub News & Politics. Established in 2013, Intellihub.com is ranked in the upper 1% traffic tier on the World Wide Web. Follow Shep on Facebook and Twitter.