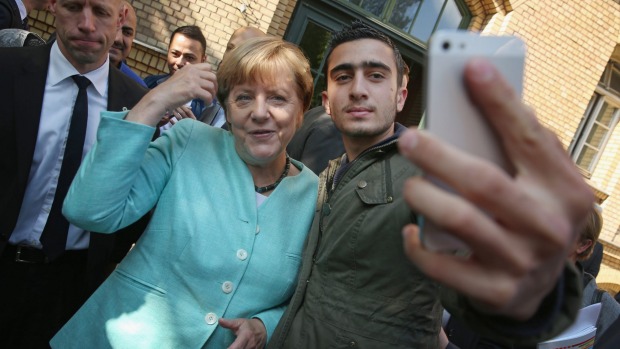 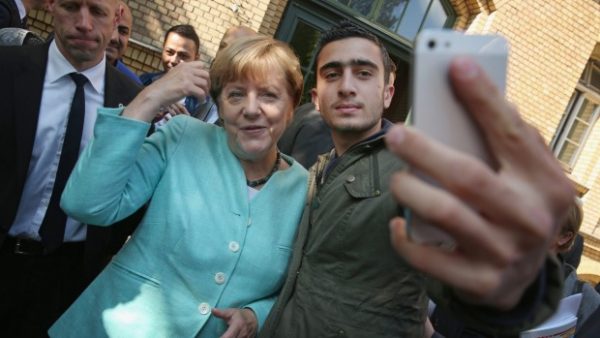 The illegal alien Muslim invasion of Europe has been covered every step of the way. Reports of increased crime, rapes and assaults are prevalent in nations where these invaders have inserted themselves into towns and cities across the nations of Europe. In Germany, women cannot leave home without being harassed, assaulted, or intimidated, thanks to one Angela “Erkel” Merkel. The situation has become grave for some especially in small towns. Not to worry since Merkel has a plan — “‘convert’ misogynistic migrants, and bring them in line with Germany’s more progressive attitudes.”

Honestly, a search was done to see if this was satire or irony. It isn’t. Feel free to shake your head, laugh hysterically and make a “stupid” sign to honor the idiocy of the German chancellor.

He [Altmaier] sat on a panel at the Munich Security Conference Friday when a local politician told him that many migrants in local asylum centres refused to listen to the instructions of female workers and refused food and money from them demanding that they would only accept aid from fellow men.

Altmaier answered the question by saying that the asylum workers should tell each migrant who does not listen to a woman that he must respect women like he would respect Chancellor Merkel. “You have to explain to him that there are hundreds of thousands of “Angela Merkels” in Germany who have just as much to say,” and that they should treat women with the same reverence.

The minister is one of the inner circle of the German chancellor and regarded by many as one of the last ‘true believers’ left in the Merkel cabinet. He spent much of the Munich conference this week defending the migration policies that have unfolded in the last year after Mrs. Merkel gave a broad invite to anyone who was a refugee or merely thought they were one.

Merkel doesn’t care and Altmaier wrongly believes explaining to Muslims to listen to women as if she were Angela Merkel has to be one of the most stellar displays of intelligent ignorance. Altamaier actually believes that explaining how all women are “Angela Merkel” will instantaneously “convert” Muslim misogyny into “respect” for women. Aretha Franklin singing, “R-E-S-P-E-C-T, find out what it means to me,” will accomplish the same thing — nothing.

Altmaier is making a last attempt at getting European nations and German politicians to view this illegal alien Muslim invasion as optimistic despite deteriorating conditions being felt all over the continent. The exact plan is to have other European nations adopt the stance of the German government, to take more migrants, and change Germany’s crisis by invitation into a European continent-wide problem. Talk about a “slick trick.”

Altmaier had praise for only one nation — Turkey. He claimed Turkey has exhibited more humanitarianism toward “migrants” than the European nations. Yes, this is the same Turkey that has a poor track record on human rights, routinely arrests journalists engaging in free press by criticizing Erdogan and still has laws that imprison academics and others who give legitimacy to the Armenian genocide that killed over a million at the end of World War I. The same Turkish government threatened Europe with more illegal Muslim invaders if the EU did not pay the nation billions of Euros. In fact, the Hungarian Prime Minister, Viktor Orban accused Germany and Turkey of engaging in secret talks to overwhelm the EU with thousands of illegal alien Muslim invaders.

At the rate the invasion is occurring and the sneaky way Altmaier is trying to involve all of Europe, Hungarian Prime Minister Orban has plenty of credibility especially with his claim of having knowledge of such an agreement.

The nation that gave rise to Hitler, who intended on conquering Europe, now gives rise to implementation of illegal alien Muslim invaders throughout Europe in order to bring into submission an entire continent and governmental system. Hitler buckled almost the whole of Europe under the thumb of Germany for a short time until the United States, Britain, Canada and Russia liberated the continent. This time, Madame “Adolf” Merkel will attempt to buckle the whole of Europe under Islam. Unfortunately, there is no one to come to the aid of Europe, except maybe Russia. Russia has a tendency to keep what it occupies or liberates. The nations of Europe may have to choose between conquering by Islam or conquering by Russia.

In the meantime, Merkel will have the German government working to “convert” the misogynistic attitudes of Muslim men to a more tolerable attitude taken in Europe. Good luck with that Madame “Adolf.” More than likely, it will be Muslims trying to convert Germans with the resulting murders of those who refuse. As distasteful as it may be, one might say Germany’s chickens are coming home to roost proving the nation learned nothing from World War II and the atrocities perpetrated by Hitler’s Third Reich.