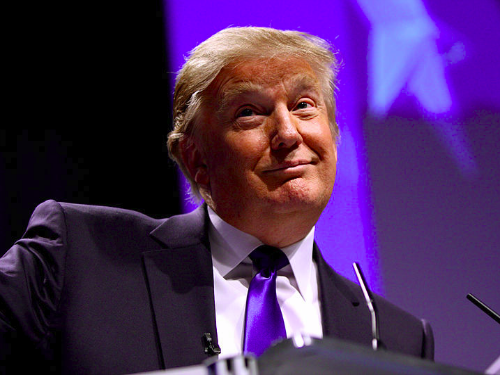 In less than a year, Donald Trump has managed to take a substantial lead in just about every primary election poll in the country. This is because and in spite of the fact that he says things that are often incredibly inflammatory, controversial, or insulting. He has trampled all over the mainstream political discourse, which has garnered him the respect of millions of voters who are tired of establishment politicians.

However, it would be incorrect to simply call him a bigot or a blowhard after hearing these statements, as many players in the media have done over the past year. If anything, it’s impossible to pin down the real Donald Trump, as this interview with CBS reveals.

Following his victory in New Hampshire, he sat down with CBS This Morning, and gave what is probably his most respectful and articulate interview since he hit the campaign trail. Fast forward to 6:40 to hear some of his foreign policy ideas, which are far more nuanced and calculating than his campaign ‘performance’ would have you believe.

The way he speaks here is remarkably different from the vitriolic rhetoric you see during the debates or when he is in front of his supporters. It’s so different in fact, that it feels like a body double took his place for the interview. For better or for worse, the rabble rousing Trump you see on stage is not the real Trump. In that sense, he really isn’t that different from most politicians.

And love him or hate him, you have to admit that he is much more intelligent than he’s been letting on. Clearly, he’s been dumbing down his message to gain the respect and support of the average American. And the implications of that are far more terrifying than the prospect of any these candidates making it to the White House.