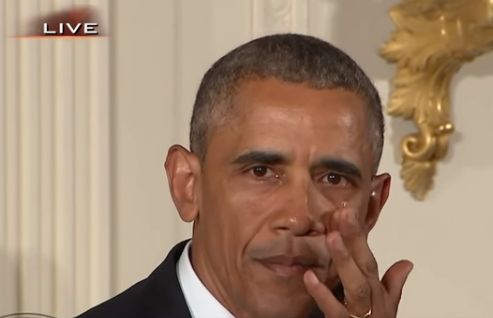 Obama has announced he is skipping Justice Scalia’s funeral.

He and Michelle will visit the justice while he lies in repose at the Great Hall on Friday, but he is not even going to attend the guy’s actual funeral. They’re sending Biden and his wife instead.

The most recent member of the Supreme Court to die was Chief Justice William Rehnquist in 2005. In that instance, President George W. Bush not only attended the funeral, he also eulogized Rehnquist, who had been nominated to the court by Richard Nixon.

Obama doesn’t even have to play along anymore, it being his last year and all, but still. Is there a more blatant form of disrespect within the bounds of polite society?

“The president considered the qualifications and world view and credentials and record of the individual that President Bush put forward and then-Sen. Obama raised some objections,” Earnest said.

Uh huh. What about the “world view” of Kagan and Sotomayor and whomever Obama picks next? How is that going to affect the country?

It’s only been three days since and already Republicans are already backing off of their promise to challenge whoever Obama picks to replace Scalia by the way.

The idea that Supreme Court justices are nominated for life is insane.

Meanwhile, Scalia was embalmed within 24 hours of his death, rendering any potential autopsy results useless which is okay, because they weren’t ever going to perform one anyway.