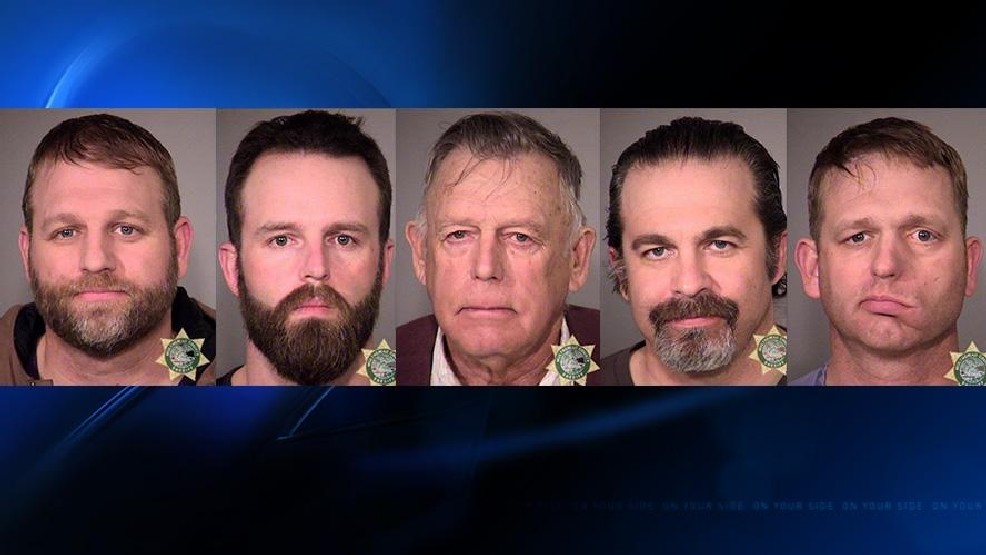 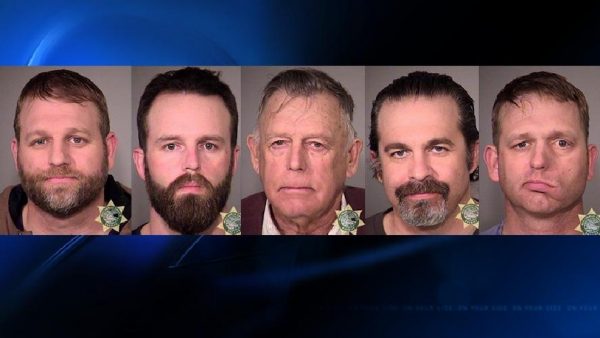 A federal grand jury has indicted Cliven Bundy and four others for leading a 2014 standoff with unconstitutional federal agencies at the Bundy Ranch.

Bundy, along with his sons Ammon and Ryan, Ryan Payne and Pete Santilli are facing charges of conspiracy to commit an offense against the United States, conspiracy to impede or injure a federal officer, using and carrying a firearm in relation to a crime of violence, assault on a federal officer, threatening a federal law enforcement officer, obstruction of the due administration of justice, interference with interstate commerce by extortion, and interstate travel in aid of extortion.

According to a press release by the Justice Department (pause for laughter):

Cliven D. Bundy, 69, of Bunkerville, Nev., Ryan C. Bundy, 43, of Mesquite, Nev., Ammon E. Bundy, 40, of Emmet, Idaho, Ryan W. Payne, 32, of Anaconda, Mont., and Peter T. Santilli, Jr., 50, of Cincinnati, Ohio, are charged with one count of conspiracy to commit an offense against the United States, one count of conspiracy to impede or injure a federal officer, four counts of using and carrying a firearm in relation to a crime of violence, two counts of assault on a federal officer, two counts of threatening a federal law enforcement officer, three counts of obstruction of the due administration of justice, two counts of interference with interstate commerce by extortion, and one count of interstate travel in aid of extortion. The indictment also alleges five counts of criminal forfeiture which upon conviction would require forfeiture of property derived from the proceeds of the crimes totaling at least $3 million, as well as the firearms and ammunition possessed and used on April 12, 2014.

Here is exactly why Barack Hussein Obama Soetoro Soebarkah brought in constitution-violating, asset forfeiture criminal and terrorist-tied Loretta Lynch as his Attorney General. Please don’t forget the Democrat and Republican senators who helped confirm her because they are just as complicit. No crime of violence occurred at Bundy Ranch, except for the crimes of federal agencies who destroyed the property of Cliven Bundy and his family. There were attempts to corral people into “First Amendment Zones,” which is unlawful and tazing individuals who were exercising their free speech, but there was no violence committed by the Bundys or the protesters.

“The rule of law has been reaffirmed with these charges,” said U.S. Attorney Bogden. “Persons who use force and violence against federal law enforcement officers who are enforcing court orders, and nearly causing catastrophic loss of life or injury to others, will be brought to justice.”

Who used force? Who used violence? Did the court order demand that cattle be slaughtered? Did the court order that snipers be put into place and an army of hundreds of armed federal agents surround American citizens? Again, who was using force? Who committed acts of violence? Was it not the DC government acting in violation of the Constitution’s requirement regarding ownership and control of land? I think it was.

According to the DOJ release, the maximum penalties for the charges issued are:

Editor’s Note: If convicted on all counts, these men could face up to 96 years in prison and/or up to $1.75 million in fines. Would a conviction on all counts and maximum sentence really surprise anyone?

“This indictment sends a resounding message to those who wish to participate in violent acts that our resolve to pursue them and enforce the law remains unwavering,” said Special Agent in Charge Bucheit.

No, the indictment sends a message that DC is engaged in a tyrannical overthrow of the Constitution and will put men in jail on trumped up charges when all they were doing was seeking to expose the criminals and uphold the Constitution.

Twenty years of lawbreaking? Mr. Kornze, law breaking continues under the current administration just as it has for well over 150 years in this country. When will you be prosecuting your own DOJ, whose Bureau of Alcohol, Tobacco and Firearms has criminally engaged in the trafficking of thousands of weapons across the Mexican border and into the hands of Mexican cartels, which resulted in the deaths of two federal agents, hundreds of Mexicans and who knows how many others?

No, my friends, this is not about bringing law breaking to an end. It’s about those engaged in crime at the DC level attempting to silence those who are exposing their crimes.

At least one federal judge understood the law breaking of the Bureau of Land Management and in his opinion of United States v. Estate of Hage, U.S. District Court Judge Robert C. Jones revealed the criminal actions of the BLM against Nevada rancher E. Wayne Hage. Judge Jones held “government officials” in contempt and referred the issued to Eric Holder’s office. We all know what happened… nothing.

For over 20 years, the Bureau of Land Management engaged in a “literal, intentional conspiracy” against Nevada ranchers to force them out of business, according to a federal judge whose court opinion exposes the BLM’s true intent against rancher Cliven Bundy.

“Based upon E. Wayne Hage’s declaration that he refused to waive his rights — a declaration that did not purport to change the substance of the grazing permit renewal for which he was applying, and which had no plausible legal effect other than to superfluously assert non-waiver of rights — the Government denied him a renewal grazing permit based upon its frankly nonsensical position that such an assertion of rights meant that the application had not been properly completed,” Judge Jones wrote. “After the BLM denied his renewal grazing permit for this reason by letter, the Hages indicated that they would take the issue to court, and they sued the Government in the CFC [Court of Federal Claims.]”

And at that point, Jones explained, the BLM refused to consider any further applications from Hage.

“The entire chain of events is the result of the Government’s arbitrary denial of E. Wayne Hage’s renewal permit for 1993–2003, and the effects of this due process violation are continuing,” he stated.

“This behavior shocks the conscience of the Court and provides a sufficient basis for a finding of irreparable harm to support the injunction described at the end of this Order,”

It’s shocking because these men should have been upholding the law, but instead, turned against the American people and acted in a criminal fashion.

Read the indictment below:

Federal indictment against Cliven Bundy and others