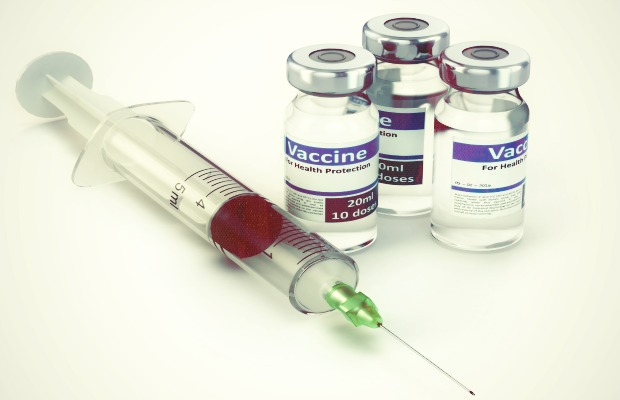 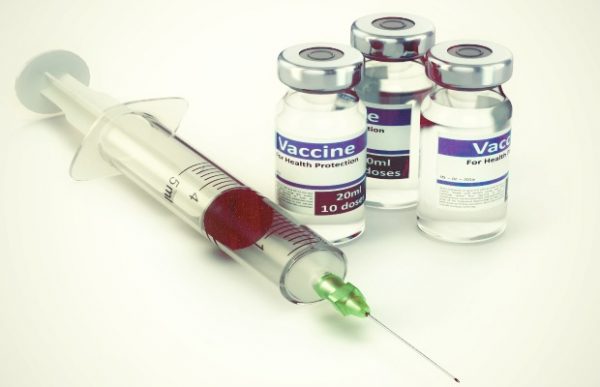 (Truthstream Media) Autism has now skyrocketed to ONE IN 45 in this country. That means if you walked down your street right now, it’s highly likely you wouldn’t even have to go a full block before you will have passed a home with at least one autistic child living in it.

What you are about to hear may be why.

When the CDC Whistleblower story broke in the fall of 2014, the Establishment quickly went to work to black it out and cover it up. Regardless, it’s on record that a government epidemiologist admitted he and his cohorts massaged and omitted data in a study to hide a huge increase in autism following MMR vaccination. He then promptly lawyered up with one of the most high profile whistleblower attorneys money can buy in this country and issued a statement. Then the whole thing got swept under the rug in what appears to be a purposefully overblown ebola scare and forgotten by many.

Fast forward to last summer, when a bunch of doctors began turning up dead around the country under mysterious circumstances. Some twelve doctors died within three months and many were found under suspicious circumstances (such as randomly out in the woods or suffering sudden heart attacks even though they were young and in otherwise great health). Authorities quickly ruled some of the deaths suicides seemingly without even really investigating the circumstances surrounding the death. Some of the doctors were linked to each other through their research. These dead doctors all seem to have one thing in common: they were studying the effects of GcMAF and/or nagalase in regards to cancer patients or links in children with autism. We’ll get to what exactly those two things are in a moment.

One of the more high profile murders was that of Dr. James Bradstreet, whose body was discovered floating in a North Carolina river, a single gunshot wound to his chest (via Natural News):

Bradstreet, a renowned physician known for his skepticism of immunizations(particularly the MMR vaccine), and his progressive autism research, was raided by the FDA one week before his mysterious death. The details of the raid remain largely unknown.

Personally affected by autism, as both his son and stepson were diagnosed with the condition, a significant portion of Dr. Bradstreet’s work was dedicated to this cause. He even testified twice before the U.S House of Representatives about the link between vaccines and autism.

As Natural News‘ reported, leading up to his death, Dr. Bradstreet was working with a little-known molecule that occurs naturally in the human body. GcMAF (Globulin component Macrophage Activating Factor), which is the GC protein after it combines with vitamin D in the body, has the potential to be a universal cure for cancer.

As we all know, cancer is big business in this country. We’re talking about a 124 billion dollar industry. A number that big is naturally a matter of “national security”. One of our countries biggest products is cancer, so why anyone believes the system would ever allow a cure is beyond me.

As such, it should come as no surprise information about groundbreaking research on GcMAF’s cancer-fighting ability has not been widely distributed. In fact, we didn’t learn about it at all until doctors started dying for researching it. While those who worked with it claimed it has reversed autism and cured cancer in studies (studies which had to be kept on the low down), consider this on the flip side: if the body is somehow inhibited in any way from producing GcMAF, the person’s immune system is utterly compromised, allowing for all manner of diseases. This compound (or lack thereof) is linked to autism, cancer, diabetes, you name it. Without the body’s ability to produce GcMAF, a person is set up to get sick and eventually die.

An enzyme called nagalase excreted by cancer cells (and which is also a component in the envelope protein of viruses like HIV and influenza) is known to inhibit the body’s production of GcMAF.

Dr. Bradstreet et al. had all discovered in one way or another that nagalase is compromising the immune systems of people with autism and cancer etc. by inhibiting their bodies from producing GcMAF, but…

Here’s the bombshell: many of these dead doctors believed nagalase was being PURPOSEFULLY ADDED to the vaccines.

If you haven’t heard about this, you have to listen to this 19 minutes of an interview with Dr. Ted Broer on Hagmann & Hagmann.

The full interview can be found here. The interview didn’t even happen for the first hour because the site kept having mysterious technical difficulties while the show was on and the doctor kept getting disconnected. He begins by letting the audience know he is not suicidal.

Via Dr. Broer in this interview:

This information I’m about to give you right now is extremely controversial and a bunch of people have exited the planet who were working with it.

This information has been around for awhile. They knew the information they were working with and they were basically being very, very careful, supposedly and some of them were being accused of using GcMAF, and the Food and Drug Administration apparently raided several of their offices several weeks before they committed suicide or suddenly died.

…It’s going to sound complicated, but I’m going to break this down for everybody super, super easy tonight. When you first hear these terms they’re going to sound weird to you…

…Macrophages in the body are the ones that kill cancer cells. They stop cytokine storms… the GC protein in the body adds vitamin D to it… How many times have I told the listeners you have to take vitamin D every day? That’s super important.Remember GC protein gets vitamin D added to it and the GC protein becomes what’s called GcMAF (Gc protein-derived macrophage activating factor)… This GcMAF protein is human immune system enzyme protein also known as vitamin d binding protein…

…and what’s happening is, the immune system is being compromised by a product called nagalase.

Again, when GcMAF is inhibited, it compromises a person’s entire immune system. Period.

What these doctors found was this… that this nagalase protein enzyme they felt was being introduced into the body either virally or directly through immunizations. This is the enzyme protein that destroys the immune system.

I’m not saying what happened to these guys, I’m just saying they’re not on this planet anymore. (Read more on this story at Natural News here and here.)

Nagalase was, surprise surprise, being found in very high concentrations in children with autism. Nagalase testing is also done for cancer, AIDS, and other chronic infections.

Nagalase is like a stealth bomber. The nagalase enzyme synthesized in or released from cancer cells or a virus particle pinpoints the GcMAF protein facilities on the surface of your T and B lymphocytes and simply wipes them out with an incredibly precise bomb.

Dr. Broer goes on to talk about how GcMAF given to autistic children has completely erased their symptoms. That it has cured cancer. Alzheimer’s. The list goes on and on.

So, to sum it up, nagalase inhibits GcMAF, a lack of which compromises the immune system, and nagalase is linked to autism, cancer, and all manner of diseases, and the dead doctors had reportedly all figured out in one way or another that nagalase was purposefully being added to our vaccines as slow kill.

That’s the theory. Think about that for a second. Let it sink in.

And we’re told we’re horrible monsters if we don’t shoot our kids up with massive doses of vaccines because they might get measles.

The United States has the most aggressive vaccination schedule on the planet, and yet, we have one of the highest rates of infant mortality, autism is skyrocketing year after year, cancer is one in three for women and one in two for men, and pretty much every disease you can think of is on the rise here. While the vaccine link to autism has been widely discussed in alternative circles as the incidences of autism have risen sharply over the past decade, many know there’s a connection but are unsure of just precisely how it works. Is it the heavy metals? The genetically engineered DNA? The barrage of chemicals, including polysorbate which acts as a detergent to help the chemicals in vaccines cross the blood-brain barrier more easily?

Or… is the answer much, much simpler?

Is it the addition of a known immune-system inhibiting enzyme that leaves all of us and our children immune compromised from birth and essentially set up to get sick and die?

Depopulation 101… add poison to vaccines… make it law that all children must be injected to attend school. Slow kill methods. They think they’re being fair w/ their “survival of the fittest” type mentality. Only the best genes survive? These people have no souls. (source)

We could ask a dozen doctors what they think about that theory, but… they’re all dead.

In the meantime, Dr. Broer suggests everyone take Vitamin D3

Man this world is so beyond screwed up.

The science is clear: The earth is round, the sky is blue, and #vaccineswork. Let's protect all our kids. #GrandmothersKnowBest