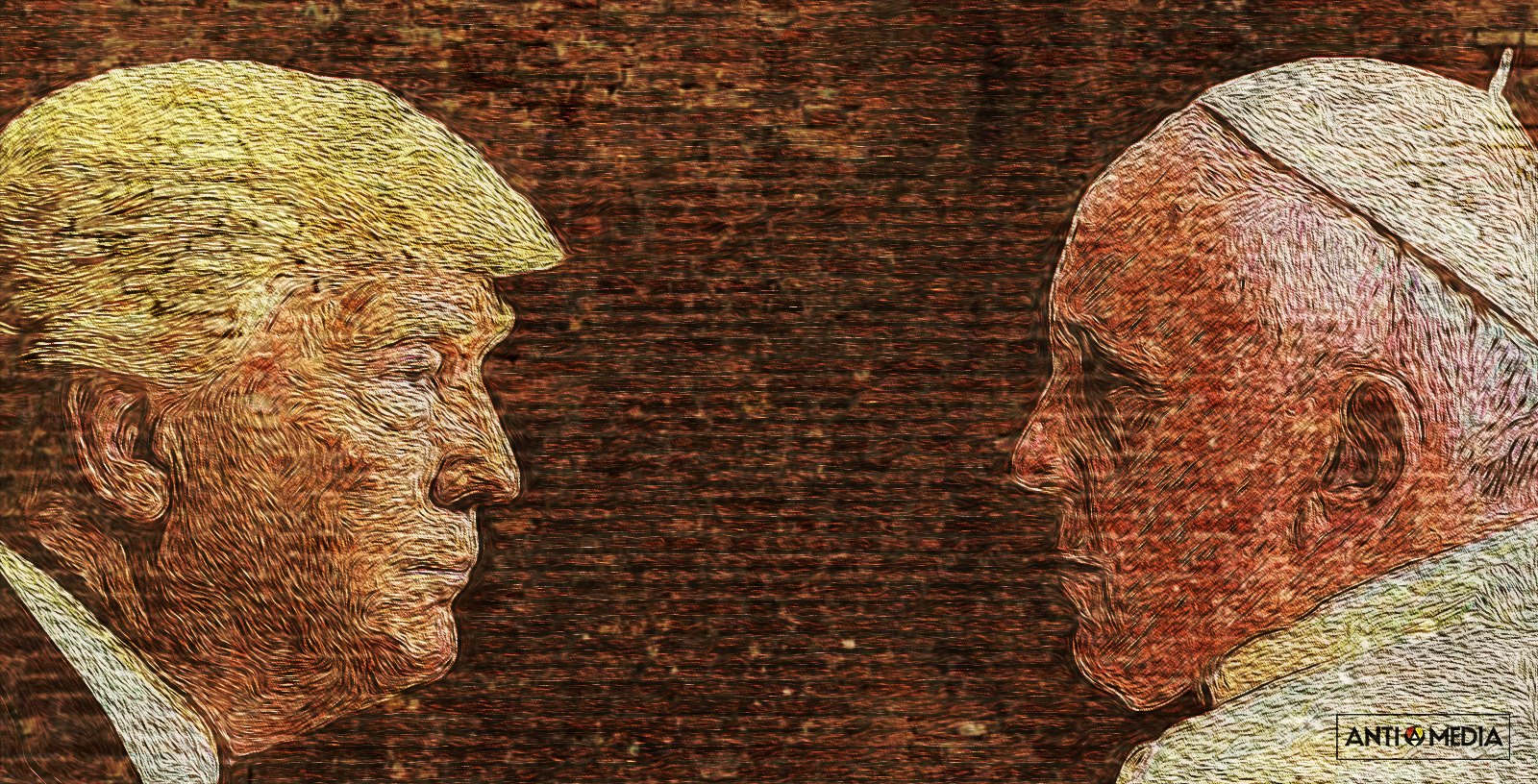 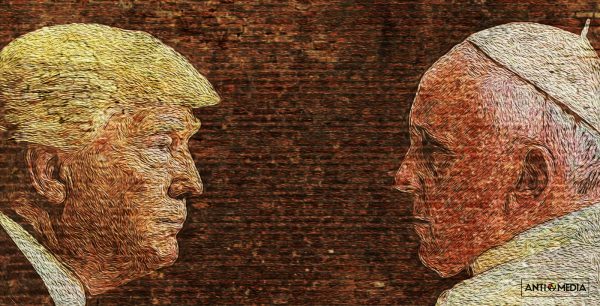 After Pope Francis hinted that Donald Trump “is not Christian” for his proposal to build a wall around the United States to keep out, well, brown people, the billionaire and his supporters responded in kind. Pope Francis, Trump claimed, should take his own advice — “Tear Down the Vatican Wall!”

Quoting an article in response to the Pope’s statement, Trump wrote, “What would happen to Vatican City if it was to do what [Pope] Francis is asking America to do?” Of course, the reference is to the Vatican’s imposing, hulk of a brick wall, pictured in the post. Trump’s intimation of papal hypocrisy immediately gained over 100,000 ‘likes’ on Facebook.

On Twitter, Trump and friends began a barrage of counter-attacks on the Vatican’s rather blatant duplicity. Trump’s account filled with retweets of the ginormous Vatican wall and corresponding comments. As Ben Shapiro said, “Pope on Trump: ‘A person who thinks only about building walls … is not Christian.’ This is Vatican City.”

Breitbart’s John Nolte, who had penned an article on the Vatican’s fortress wall in September, echoed Ronald Reagan’s demands about the infamous Berlin Wall, “Pope Francis: Tear Down the Vatican Wall!”

Trump clearly didn’t take the Pope’s criticism with a grain of salt. In his quintessential, self-aggrandizing style, he wrote:

“If and when the Vatican is attacked by ISIS, which as everyone knows is ISIS’s ultimate trophy, I can promise you that the Pope would have only wished and prayed that Donald Trump would have been President because this would not have happened.”

Trump, it seems, will not be giving up the fight for The Wall any time soon.

Pope on Trump: "A person who thinks only about building walls…is not Christian." This is Vatican City. pic.twitter.com/ehmsLoljTl