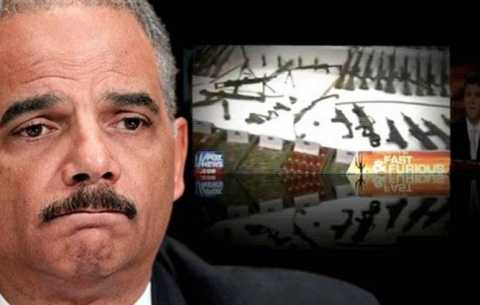 The DC Circuit court has reversed a decision that would have kept certain records sealed about Operation Fast and Furious.

A federal judge on Tuesday ruled President Obama cannot use executive privilege to keep records on the “Fast and Furious” gun-tracking program from Congress.

U.S. District Court Judge Amy Berman Jackson ordered the administration to release documents that it has been attempting to withhold by asserting executive privilege.

“The Department itself has already publicly revealed the sum and substance of the very material it is now seeking to withhold. Since any harm that would flow from the disclosures sought here would be merely incremental, the records must be produced,” Jackson wrote, referencing a report from the DOJ’s Office of Inspector General regarding Operation Fast and Furious.

Now, US District Judge Richard Leon, though saying the evidence led him to grant a ruling in the DOJ’s favor, instead reversed the decision on February 12.

According to Courthouse News:

“Judge Jackson’s statement, ‘I don’t want to know,’ clearly bars the parties from divulging the contents of their settlement discussions only to her; a broader bar, if any, would have to be inferred for it is not explicit,” Judge Douglas Ginsburg wrote for a three-judge panel.

The statement does not clearly refer to third parties, let alone protect responsive records from a Freedom of Information Act request, the court found.

“The Department offers a good reason Judge Jackson might have wanted to prohibit disclosure to third-parties – because protection from disclosure promotes more open dialogue during settlement – but there is no extrinsic evidence that was what the judge intended; indeed, that concern is nowhere mentioned in the record in this case, and it is equally plausible that Judge Jackson wanted simply to preserve her objectivity in case she ultimately were to preside over a trial,” Ginsburg continued.

On remand, Judge Jackson must clarify what she intended by her statement.

There is no question that the Justice Department and Eric Holder knew exactly what they were doing when they trafficked thousands of weapons into Mexico. That criminal action has cost the lives of hundreds of Mexicans, two US federal agents and no telling how many more that we have yet to discover. Even as recently as January, we discovered that one of the guns from Fast and Furious, a .50-caliber rifle, made its way into the hands of drug kingpin El Chapo Guzman.

We know that there has been at least one drug cartel member that said the Obama administration was using Fast and Furious to supply guns to a Mexican drug cartel against a rival cartel.

The investigation into Fast and Furious has been met with roadblocks by the Obama administration as they are attempting to hide their crimes. Remember, it was Barack Hussein Obama Soetoro Soebarkah who said, “The only people that don’t want to disclose the truth, are people with something to hide.” It appears, he still has much to hide!