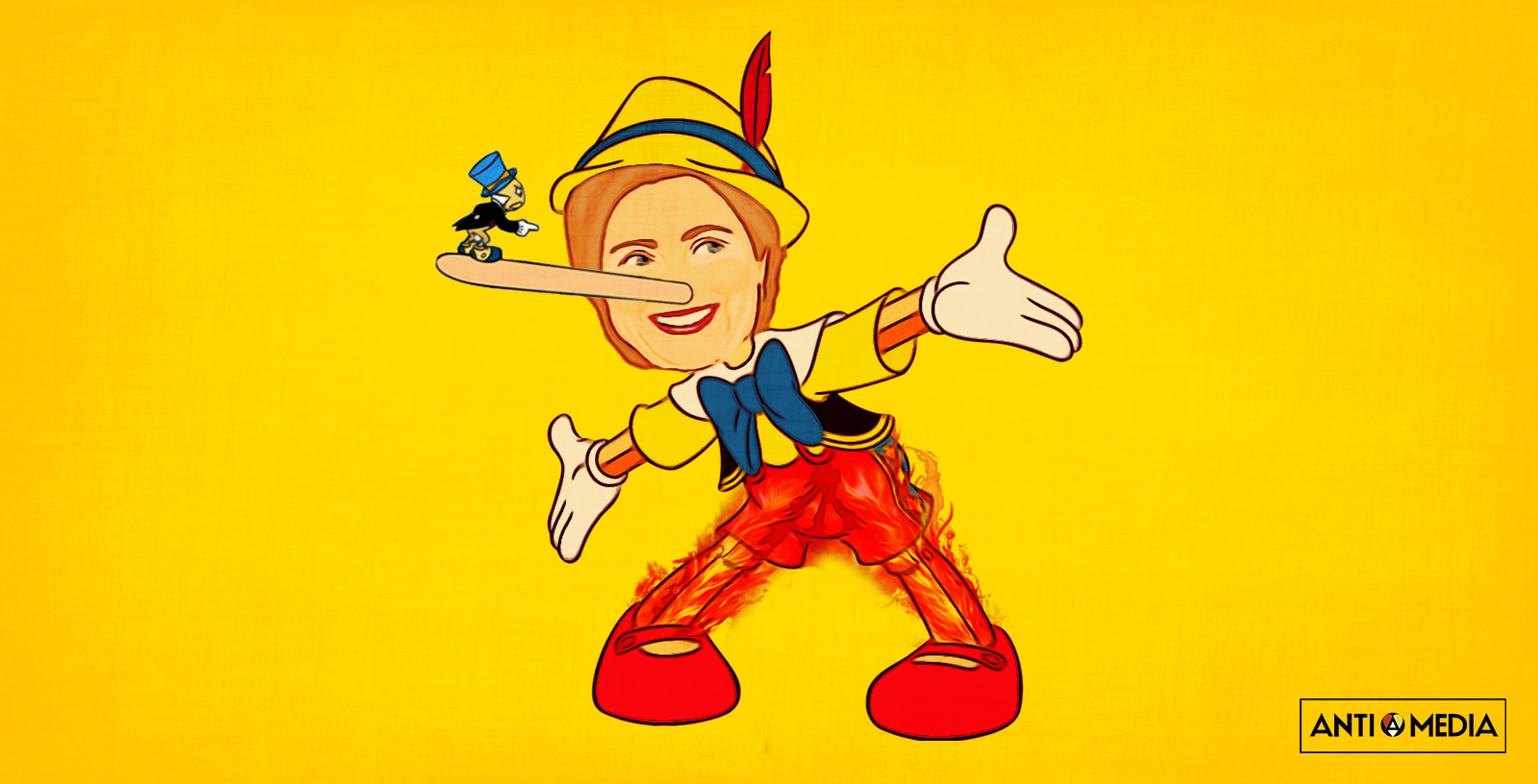 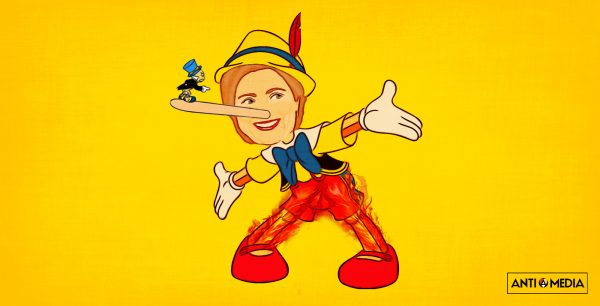 “Well, I have to tell you, I have tried in every way I know how, literally from my years as a young lawyer, all the way through to my time as Secretary of State, to level with the American people,” Clinton told NBC’s Scott Pelley in an interview Thursday.

“You talk about leveling with the American people, have you always told the truth?” he pressed.

Pelley persisted, saying, “Some people are going to call that ‘wiggle room’ you just gave yourself … You know, Jimmy Carter said, ‘I will never lie to you.’”

Either Hillary Clinton 1) lied to Pelley in a horribly misguided attempt to convey credibility, 2) felt her use of the terms ‘believe’ and ‘level with’ could excuse past lies on a technicality, or 3) honestly doesn’t believe she’s ever lied — in which case she’s a just a sociopath to be avoided at all costs.

Hillary has, indeed, lied to the American people. Myriad times. And considering the sheer number of lies, it’s entirely plausible those lies known to the public evidence habitual deception — which is, frankly, an alarming habit for a serious presidential contender.

The following are a random assortment of tall tales, truth-stretchers, head-scratchers, and Hillary Clinton’s general mendaciousness.

“I remember landing under sniper fire. There was supposed to be some kind of greeting ceremony at the airport, but instead we just ran with our heads down to get into the vehicles to get to the base,” Clinton claimed in an interview in 2008, of her arrival as First Lady in Tuzla, Bosnia, in 1996.

That didn’t happen — at all. But Hillary dug a deeper hole when a reporter countered with descriptions by others who recalled that the Bosnia trip amounted to little more than a photo op. “There was no greeting ceremony, and we basically were told to run to our cars,” Clinton recounted. “Now, that is what happened.”

In fact, in 2007, she had already fabricated a retelling of the same incident. As the Des Moines Register reported Clinton saying, according to PolitiFact, “We landed in one of those corkscrew landings and ran out because there might be sniper fire.”

Video from the Bosnian tarmac disembarkment clearly shows Clinton being greeted by schoolchildren, posing for pictures and chatting with soldiers, and taking her time — generally nothing even close to what she claimed.

Hillary’s fictionally revamped memory — of which she later said she “misspoke” — earned her a Pants On Fire ruling from Pulitzer Prize-winning fact-checker, PolitiFact.

While that could perhaps be considered somewhat less relevant to her current campaign, it’s a whopper in a field of doozies she’s told over the years. Hillary once claimed she’d been named in honor of Sir Edmund Hillary for his Mt. Everest ascent — even though it happened six years after her birth. She’s said “all my grandparents” immigrated to the United States, though only one of them actually did.

On December 8, 2015, reported PolitiFact, Clinton told the Concord Monitor, “we now have more jobs in solar than we do in oil,” which simply isn’t true. She claimed “we have now driven [healthcare] costs down to the lowest they’ve been in 50 years” — again, false. Hillary inexplicably took credit for Michigan Governor Rick Snyder asking for federal help in dealing with the Flint water crisis, all because she criticized his response on TV. “And I saw that Governor Snyder turned around within two hours and finally asked for the help that he should have asked for some weeks ago,” she stated — despite his request for FEMA aid days earlier.

“I am the only candidate on either side who has laid out a specific plan about what I would do to defeat ISIS,” Clinton boasted during a speech in Iowa on January 20. Nope. Just not true.

Hillary’s choice to employ a private email server may have been laughed off as an extraneous issue without major implications, but revelations about their security classification — 1,500 messages as ‘classified’ and 22 as ‘top secret,’ so far — present questions.

First, her original claims that nothing of vital national security had been passed in emails using her personal server obviously aren’t true. Second, the matter has been deemed worthy enough of scrutiny. Both the State Department and FBI are currently conducting investigations — since none of those messages had been marked classified when they were sent. Without even delving into specific content, these aspects of the email ‘scandal’ lend nothing to credible trustworthiness, as would be expected in a future president. Sending information vital to national security over a personal server makes no sense, either, unless one might be attempting to escape oversight and scrutiny.

For a candidate who says she’s always leveled with the public and will continue to do so, the aforementioned lies — as well as copious examples excluded here — demonstrate this claim, itself, is yet further fabrication.