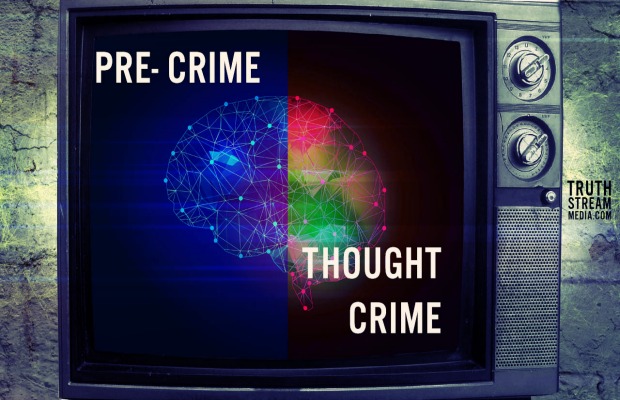 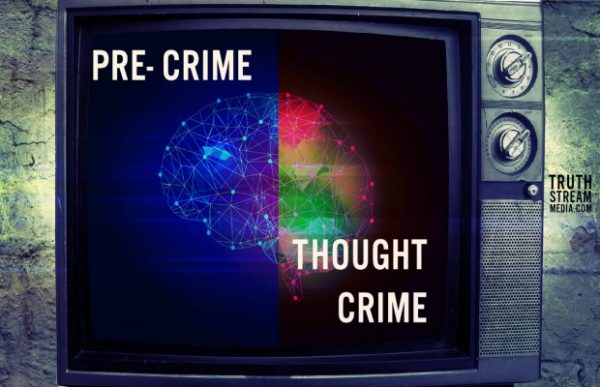 (Truthstream Media) Still think we aren’t living in the Matrix? In his fiction-turned-fact novel 1984

, George Orwell wrote “Nothing was your own except the few cubic centimetres inside your skull.”

Apparently even that won’t hold for long.

What you are about to watch isn’t science fiction but science fact and it’s coming in the next decade or two as part of the Internet of Things smart surveillance grid they want everyone swept up into. This technology is about to openly bring us an era where government authorities can read people’s minds without their permission and use it against them including in court, for pre-crime purposes, via literal thought police who police thought crime via neurotech, and the labeling people including children as potential criminals based solely on their brainwaves…

And all of this was discussed casually at Davos this year like it’ll be a glorious brave new world instead of the Orwellian Nightmare 2.0 we all know is coming under the technocrats in charge.

Each year, like Bilderberg, the elite meet at Davos for the World Economic Forum as they have since 1971 with the stated goal of being “committed to improving the state of the world” by “engaging business, political, academic, and other leaders of society to shape global, regional, and industry agendas“. The question is, shaping agendas to improve the world for who? Considering how “improved” the world obviously is since 1971, they’re really doing a bang up job over there. Listening to them talk is tough, with the smarmy “us versus them” mentality practically oozing out of every sentence. One of the biggest differences between Davos and Bilderberg is that that Davos meetings are recorded and released to the public, so they have to be a tad bit more polite about it.

Still, some of the subject matter and the way in which they discuss it is pretty horrifying. This session was called “What if your brain confesses?” It’s a panel of people laughing it up for an hour over a world where governments and the technocrats running the show will wield neuroscience tech to decode people’s brains — their inner thoughts — against their will and, in particular, the criminal justice system. It’s brought up multiple times that the Bill of Rights does not include protections for “Freedom of Thought” or the right not to incriminate one’s self based on signals their brain emits.

At one point it is even mentioned that us little people have already shown how they are more than willing we are to give up all of our privacy for convenience, so when a portable, wearable thought-decoding mind reading device becomes available in the next decade or so, we will fall all over ourselves to wear one. In an era of omnipresent, panopticon-like government surveillance, this is the next step… snooping and monitoring not just everyone’s communications but everyone’s thoughts.

They also discuss the ability to implant false memories in our heads because our memory is like a Wikipedia page that we can edit, but so can other people… Comforting, huh? Oh, and the potential for stimulating the pain centers of the brain electronically to coerce someone to comply is brought up, work that the CIA was experimenting with back in the 1950s on record under the top secret mind control project MKUltra and which has surely progressed by now far beyond your typical idea of torture in modern times.

Philip K. Dick and George Orwell must be spinning in their graves. Why watch a horror film when you can watch a Davos panel?

The full hour can be found here.