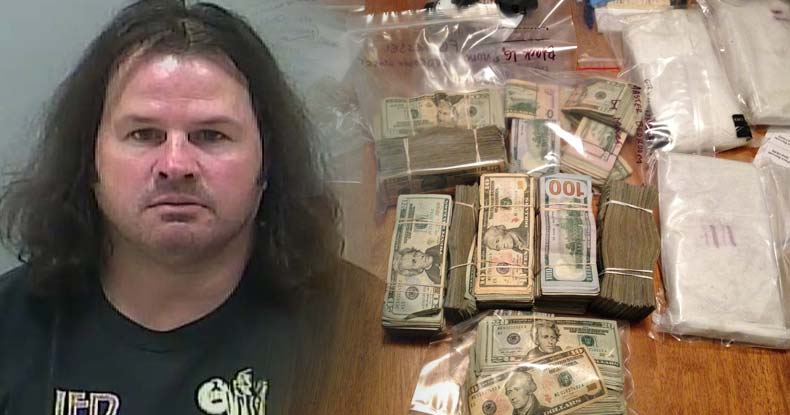 Illustrating the criminal and hypocritical incentive created by the war on drugs, this Ohio cop was caught profiting from ruining people’s lives. 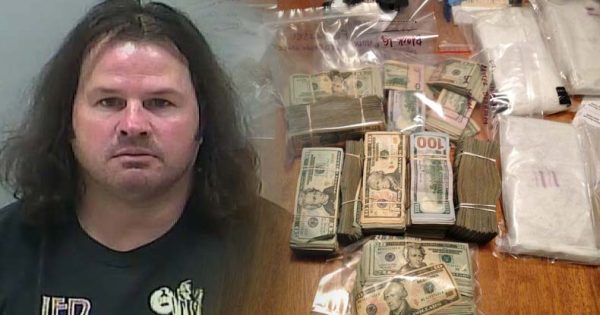 Reynoldsburg, OH — Officer Tye Downard was arrested while on duty last week by federal agents investigating him for theft and sale of drugs. On Monday, police reported that he died in their custody.

Downard, a 20-year veteran of the Reynoldsburg Police department, was also a member of the DEA Task Force and SWAT team whose job it was to raid the homes of suspected drug dealers.

According to the US Attorney’s office, Downard was allegedly caught making over 20 different sales of narcotics in just the last five months — including heroin, cocaine, marijuana and Percocet pills.

During the investigation, according to the complaint, Downard was captured on recorded audio, recorded telephone calls, surveillance cameras, and the seizure of drugs sold to their undercover source.

During the investigation, it was discovered that Downard participated in the execution of a search warrant during which the officer seized bags of blue-and-white Percocet pills. Two days later, these same pills were never admitted into evidence and then sold to the undercover source.

On yet another occasion, Downard was a participant in a raid that yielded multiple kilograms of marijuana. The next day, Downard would sell some of this seized plant to the source.

Remarkably, none of the officers found it odd that the drugs being seized in these raids were never making it back to the evidence room. Over this short period, Downard stole and sold over $70,000 worth of drugs — and none of his fellow cops said a word — which makes the news of his ‘suicide’ that much more suspicious.

On Monday, the Reynoldsburg Police Department confirmed that Tye L. Downard committed suicide while in custody.

According to the Delaware County Sheriff’s Office, Downard, 43, of Westerville, was found dead at about 1:30 am Monday, after hourly inmate checks.

Deputies said Downard had hanged himself in his single-person jail cell.

Detectives continue to investigate the incident.

Downard’s case is hardly isolated as this scenario is but a broken record of corruption, playing over and over.

As the Free Thought Project reported last month, a California police officer was busted after driving 247 pounds of marijuana all the way across the country. Yuba County Deputy Christopher M. Heath was caught in York, Pennsylvania with a shipment of marijuana that was worth over $2 million.

This case is similar to Downard’s as Heath was an officer on a narcotics task force, meaning that he was responsible for putting nonviolent people in prison for using and selling drugs as well. Meanwhile, he was selling drugs and taking part in the same actions that he was locking people up for.

Of course, it is the view of the Free Thought Project that anyone should be able to possess marijuana, as it is an incredibly beneficial plant. While those who would lock up morally innocent people for possessing a plant are bad enough, it takes a uniquely vile individual to ruin the lives of countless individuals while at the same time committing equivalent acts.