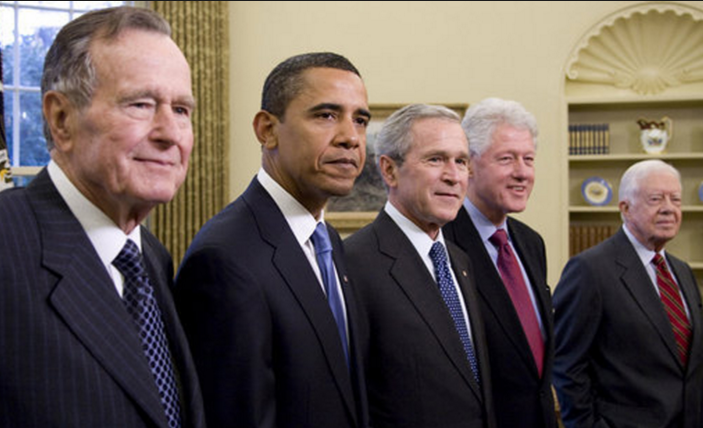 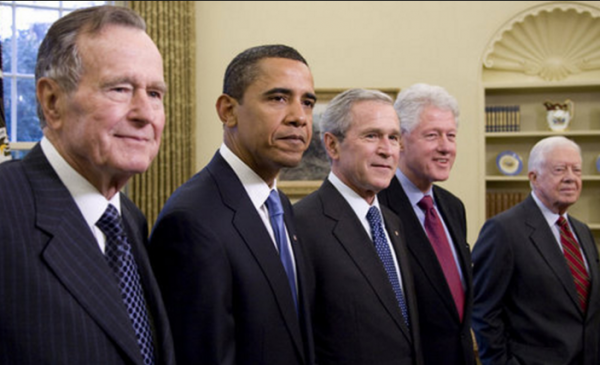 Even though the next presidential election is months away, people have already chosen sides with a vehemence that borders on rabid. What I find ironic about it is the fact that most people are unable to see with clarity several cogent points.

First, I believe that the elite (call them the global elite, globalists, illuminati, power elite, ad infinitum), gained control over America’s political system generations ago. I know this is still too difficult for too many people who are unwilling to follow what certainly appears to be logic. There has been way too many instances of things being manipulated by people in the shadows who have done everything they can to wrest control of America’s government from the hands of we, the people.

All it takes is the effort to do some reading and research to learn that things are what they are due to careful planning on this evil cabal we call the elite. Whether your go-to person is Daniel Estulin, Dr. John C. Coleman, Dr. Dennis Cuddy, or a host of other very learned and intelligent individuals, the results lead to the same conclusions: there is what some have described as a shadow government that really hold the controls to the federal government in America.

One of the things that helped cement in my mind the audacity by which the elite exists and rules was actually seen in a History Channel mini-series titled, “Men Who Built America.” In it, we learn – among other things – that John D. Rockefeller, J. P. Morgan, and Andrew Carnegie, in order to protect their empires from the government, decided to “buy” a president. This was in 1896 and the man they chose was Gov. McKinley, whom they put against William Jennings Bryan. Bryan actually ran for president on three separate occasions, winning no election. McKinley, hand-picked by the three musketeers previously mentioned, was put in office to thwart Bryan, who wanted to wage a war against the huge monopolies that Rockefeller, et al ruled in America.

The History Channel series highlighted how these three tycoons waged war against Bryan to ensure a win for McKinley. I have a very difficult time believing that these men did this once – in 1896 – and then stopped. I’m sure they realized what a great thing they had going for them and they and their families kept it going. I believe that it exists to this day.

I don’t believe what we, the people, actually choose who we want to be president. I think we are given options provided by the elite, which is why for so many years, the options have been little more than voting for the least evil candidate. I had to laugh when Mitt Romney was promoted by news media as a “right-winger.” Romney has never been that. He’s always been left of center and in fact, in many ways, isn’t that far removed from President Obama. But Romney needed to be presented as someone who was “on the right” so that Republicans could have someone to get behind.

I also believe up until the time when final candidates are given their party’s nomination, there are a whole slew of candidates across the board ideologically. That is certainly happening now. Yet it is hilarious at just how people can be so virulently opposed to or behind a particular candidate. If you’re on the right, then apparently Donald Trump is your man. Never mind that he has given thousands and thousands of campaign funds to candidates on the left or how he has flip-flopped on certain issues.

All that matters now is that Donald Trump is “one of us” if you’re on the right. He is saying every conservative person wants to hear. Close the border. Build a wall. Keep out Muslims. All these things resonate with conservatives.

Bernie Sanders is the guy for the left. He wants to provide freebies for more people. He’s a Democratic Socialist. But he’s still a socialist and though people try to define Democratic Socialist different from a plain, ordinary, socialist, the reality is that it’s still socialism. Socialism essentially is a system where “everyone” owns everything and everyone shares alike. The problem is that we have many examples of socialism throughout history and all of them have ended the same way – broke. The other problem with socialism is that it must be governed or controlled by a group. If people in that group give into the temptation to become greedy (and that always happens), the system doesn’t work like it’s supposed to work.

But all that aside, Bernie Sanders is the guy for the people on the left. He says what those folks want to hear just like Trump hits nerves for those on the right. It’s an interesting sideshow to say the least and unfortunately, it will continue for another few months.

But here is the rub. Both of these guys – Trump and Sanders – are part of the sideshow. Something will happen to get these guys out of the race. Either they will “bow out” gracefully or the elite will create a situation that will take them both down. Remember, only one person can actually receive the nomination for either the GOP or the Democrat party.

Who will that be? I’m pretty sure it won’t be Donald Trump. He’s leading the troops now and giving vent to what diehard conservatives want to hear. They’re putting their faith, effort, and work behind him. He’s their guy! The elite needs someone much more polished and it can’t be an outsider. They need to go with someone who is an insider, a known quantity, someone who will do their bidding. They also need someone from the GOP this time simply because it’s the GOP’s turn. Go ahead and check things out. With few exceptions, as we look back over the historical landscape of which party was in the Oval Office, we see a decided “your turn” pattern emerging. It was the GOP’s turn, and then a Democrat became president, then a Republican, only to switch back to a Democrat. This has been the rule with just a few variations and you can go all the way back to Woodrow Wilson. It’s quite enlightening.

On the left then, it really doesn’t matter who gains the presidential nomination. Hillary Clinton wants it…badly. Why? I’m sure she’d love to go down in history as the first white women who ever gained that office. I can’t see it happening. The only people who are willing to vote for her are leftist women just because she’s a woman. Not many others will do so. That leaves Bernie Sanders. Will he receive the presidential nod? It’s very possible and if it happens, it might happen to help out the elite’s candidate on the right.

I believe their man was Jeb Bush. He’s a GOP’r for all practical purposes, but he thinks and acts more like a Democrat. Because he is married to a Hispanic woman, has been learning Spanish, and has great rapport with many Hispanic leaders in the south, there is a great possibility that he would do well in an upcoming election. If he chooses someone like Marco Rubio as his running mate, that could be icing on the cake for him.

Of course, Jeb dropped out of the race. Never fear though, because the elite have someone they can fully get behind and we’ll cover that shortly. The reality is this: no person gets to take up residence in the Oval Office without the approval of the global elite. As I stated, I believe they gained power over that office as far back as 1896 and never let go of it. Why should they when they had grabbed hold of a good thing?

All that the elite needs is someone who is willing to do their bidding, who doesn’t mind being a puppet on many strings, doing what the elite wants to push their agenda forward.

Here’s the deal though. What we are seeing now is nothing more than theater. It’s the ongoing soap opera that we call presidential election strategies. It is “real people” in “real situations” that Americans have come to know and love. It’s what Rome used to call “bread and circuses” because the goal was to keep people entertained and preoccupied.

It is very interesting to see how riled up people can get over their candidates. Those on the right really get excited about Trump. He’s saying what they think and doesn’t care what anyone thinks. He comes across as a person who is his own man, who doesn’t kowtow to journalists or the government. Sanders actually does the same thing and if you take the pulse of groups that follow each of these men, they act virtually the same. If all of this is directed and created by the elite, they’ve done a good job. People who follow either Trump or Sanders both say the same type of things. It’s actually funny to watch. “He’s our guy! He doesn’t care what anyone thinks!” or “He’s not a real politician as he speaks for the common person” or something else.

To hear fans of Trump or Sanders tell it, their guy walks on water. It’s all an illusion though and the bubble will burst at some point in the near future before the parties decide on their presidential nominee.

I’m just glad I realize all of this because my blood pressure is not elevated. My stomach isn’t in knots. I’m not losing any sleep over any of this. The elite have made their decision as to who becomes the next president and we’ll know before November who is not going to be their guy in spite of how good things may look for certain candidates now.

The reality is that candidates like Trump or Sanders simply give people false hope. It is hope that the elite allows but ultimately pulls that hope in like pulling the rug out from underneath. They want us to think we have choices. They want us to believe that we have a voice in government. In truth, we get to vote for the candidates of their choosing, not ours. It always comes down to that and interestingly enough, no matter who becomes president, it’s the same people who are always in the background as “advisors” to that president.

Go ahead and not believe me if that makes you feel better. But before you do, might I suggest you start reading and researching some of the people I mentioned at the top of this article? That would be a great place to start.

Take the red pill. You’ll wake up to discover you’ve been had, but you’ll also learn that you will never be had again.

Article reposted with Permission from Propaganda.news.

CRACKDOWN: Here’s What CCP Schools Have In Common With Ours
Clash Daily

If FAUCI & BIDEN Blame Viral Spread On The Unvaccinated … Can They Explain This CDC Report?
Clash Daily