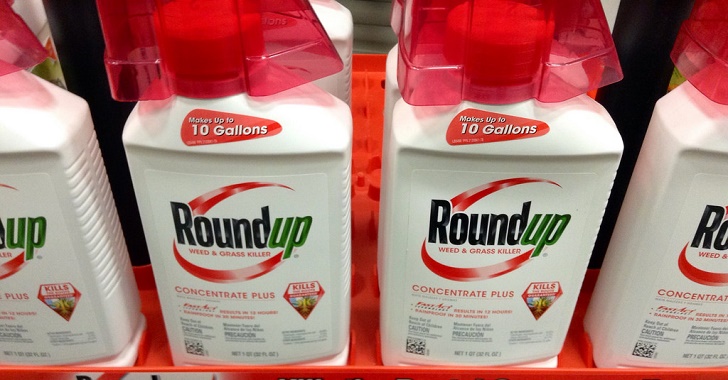 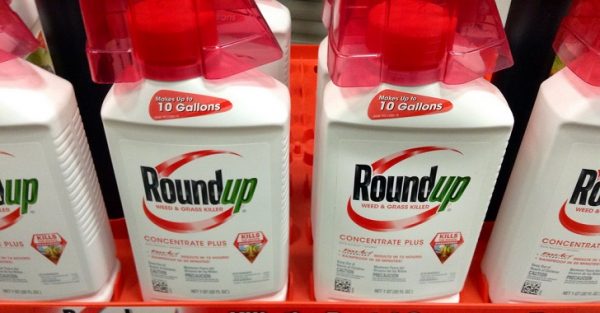 Despite the World Health Organization’s classification of glyphosate — the main ingredient in Monsanto’s Roundup — as a probable carcinogen for humans last year, the product remains the top-selling herbicide worldwide. Though the agrichemical behemoth vociferously disputes the findings, researchers recently found Monsanto’s claims are based on outdated and inadequate science.

Enough glyphosate, Truthout noted, “is now used to cover nearly every acre of cultivated cropland in the U.S.,” leading to widespread glyphosate tolerance, including reports of “superweeds” that are virtually immune to repeated drenchings. Use of the dangerous weedkiller has increased by more than 100 times since it first came to market in 1974.

Glyphosate originated as a pesticide, and still technically fits that classification, but it has not been included in FDA tests for pesticide residues in foods. It was only last week that the agency decided to begin testing for it. Truthout has also pointed out glyphosate “is also not included among the 200-plus chemicals on the U.S. Centers for Disease Control and Prevention’s human biomonitoring program.” Remarkably, the United States agencies tasked with protecting public health seem to have largely ignored glyphosate’s cancer-causing potential found by WHO.

If the government’s blind-eyed approach to the toxic chemical is based on Monsanto’s claims, a new study published in Environmental Health should highlight the dangers of taking a company at its word.

Fourteen leading environmental health scientists issued a consensus statement of concern regarding glyphosate’s safety, noting “tolerable daily intakes for glyphosate in the U.S. … are based on outdated science.” Researchers conclude the herbicide must be included in environmental persistence and toxicity studies, particularly as previous risk assessments discounted valid scientifically rigorous research. Had relevant science been included in that assessment, say the scientists, “we are nearly certain that they would have concluded that published studies collectively provide strong evidence in support of at least a … 15 fold reduction”in the use of glyphosate in the U.S.

As use of glyphosate increases, the study warns, indications of possible damage to kidney function and disruption to the endocrine system, among other detrimental effects, warrant further study — and soon.

“The prediction that glyphosate would never be present widely in surface water, rainfall, or groundwater has also shown to be inaccurate,” the researchers warned. In addition to its employment as an herbicide, glyphosate is now widely used to dry out crops’ leaves just prior to harvest — simply to make the task easier. While many indications point to the chemical’s deleterious effects on humans, the “tolerable daily intake” has actually been raised in recent years, despite the faulty science affirming the change.

According to the review, one study that government agencies relied heavily upon to assess the weed killer’s toxicity was based solely on findings by contractors for Monsanto, itself, who appear to have downplayed statistical anomalies in test subjects.

“Testing done by contract laboratories were commissioned by the registrant [Monsanto] and submitted to regulatory agencies. Results indicated minimal mammalian toxicity. A large review published in 2000, written by consultants associated with the registrant and drawing on unpublished industry reports, agreed with and reinforced that conclusion. However, their review did not address some statistical differences reported between test and control groups that could be interpreted more cautiously, and surely warrant further assessment.”

As the review indicates, past glyphosate testing has been based on what constitutes a fatal dose to a lab animal, instead of potential, subtle health issues that develop over a longer period of time.

The scientists conclude that the the vastly increased employment of glyphosate-based herbicides in the U.S. and around the world, coupled with mounting evidence of the chemical’s destructive health effects, makes further testing imperative. They suggest lack of funding not be used as an excuse for delay — and, instead, propose manufacturers contribute funding via yearly license fees or other methods. As the study concludes:

“A thorough and modern assessment of [glyphosate-based herbicide] toxicity will encompass potential endocrine disruption, impacts on the gut microbiome, carcinogenicity, and multigenerational effects looking at reproductive capability and frequency of birth defects.”