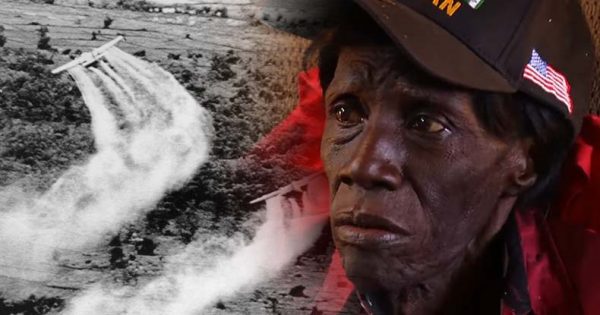 Las Vegas, NV — The Department of Veterans Affairs still has a massive backlog of nearly 900,000 healthcare applications ‒ including more than 300,000 from veterans who died waiting for their benefits to be approved.

The VA’s internal watchdog, the Office of the Inspector General, released a report last year that looked into a whistleblower’s claims of extensive, persistent problems in the Veterans Health Administration’s (VHA) Health Eligibility Center enrollment records.

The OIG found that the VHA’s enrollment system had about 867,000 pending records as of September 30, 2014. On top of that, at least 307,000 applications ‒ or about 35 percent of all pending records ‒ were associated with individuals who had died waiting for care.

The Department of Housing and Urban Development estimates that nearly 50,000 veterans are homeless on any given night. Another 140,000 are currently in jail, many of them for victimless crimes like drug possession.

As if the numbers aren’t bad enough, veterans are often the target of unjust attention from law enforcement. On multiple occasions, the Department of Homeland Security has referred to veterans as potential terrorists and noted that they pose a threat to national security.

The Free Thought Project has reported on case after case of veterans returning home only to be beaten and locked up for speaking out, or killed by police during a PTSD triggered episode.

It is no secret — the US government couldn’t care less about those who put their lives on the line to fight wars for them.

In the latest example of their cruel treatment of US veterans, Vietnam vet David McKinney-Smith was denied his last wish from the VA — a wheelchair.

McKinney-Smith’s body is is riddled with cancer, and his dying wish of mobility was torn from him by a bureaucratic agency rife with complacency and corruption.

McKinney-Smith says he knows exactly what caused his cancer too.

“We were over in the Gulf of Tonkin and this huge tanker was flying from the coast of Vietnam over the water spraying orange substance. It turned out it was Agent Orange,” McKinney-Smith recalled to Action 13 News.

According to Action 13 News,

That makes it all the more difficult to understand why the VA would deny him his freedom in the form of an electric wheelchair.

“If I can’t move around, I know that I will die earlier than the five months,” David said through tears.

The VA approved him for home hospice, but told the dying vet he’d have to cancel that care to get an electric wheelchair.

He did that, but then the VA denied his request, leaving him with no hospice, no wheelchair and no faith.

After covering his story, Darcy Spears, with KTNV called the VA to investigate the matter, and two days later, only after being ousted as horrible people, the VA got McKinney-Smith his wheelchair.

The VA is predictably calling this an accident and said it was due to a misinterpretation of policy.

“Our entire team out at the VA was kind of taken back by this case,” said VA Public Affairs Chief Chuck Ramey. “We’re going to go back and look at this and see what we can do to make sure that if this comes up and happens again that we’re taking care of our people and our patients accordingly.”

In the meantime, despite being treated like garbage by the very people he fought for, this veteran remains sanguine. “This is like heaven now,” he said. ”I can go out, go up the street, come back and get my sunshine. This feels so good.  Wow.”